Jumping the Broom is a long standing African-American tradition, however, many wonder where this tradition came from. It actually started during slavery. Slave-owners reasoned that some family stability might be desirable as helping to keep slaves tractable and pacified, but did not allow anything approaching a legal marriage. In the absence of any legal recognition, the slave community developed its own methods of distinguishing between committed and casual unions. The ceremonial jumping of the broom served as an open declaration of settling down in a marriage relationship. Jumping the broom was always done before witnesses as a public ceremonial announcement that a couple chose to become as close to married as was allowed back then. 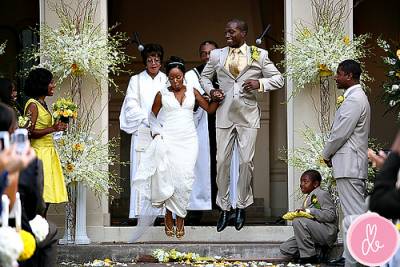