I remember last year I was at the bank and there were two gentleman in front of me. Each one was standing at the teller window and letting those women have it. WHY? Because each one had discovered that their bank accounts were overdrawn AND they were not notified by the bank.

One gentleman was so mad, he told them he was cancelling all of his accounts because no longer was his money working for him, they were making more money off of him. He asked the teller why didn't you call me and say your account is about to be overdrawn? You know what I heard? "Crickets". She did not say anything.

This gentleman had several accounts and was quite proud of himself for whatever level of success he had achieved. However, to have his account overdrawn – let's just say he was not a happy camper.

The challenge is once the account is overdrawn, you can incur fees daily AND if you are not aware that it is overdrawn and keep making purchases you can easily end up paying two to three times the amount. Talk about FRUSTRATION.

About a year ago, I discovered that there was a charge on my account from a store in Chicago. I hadn't been to Chicago ever and I don't shop like that. So there I was at the bank disputing this error on my statement. We had to start that process of finding out what the charge was, who made it and how to correct it. Had I not been checking my statement, who knows how many more items may have slipped through.

What I found out from the bank is that the person at the store keyed in the other person's credit card number by one wrong digit and ended up getting my account. Glad I caught it before it got out of hand.

Take your time and review your statements. I have heard of stories of people being charged this and that bank fee when they were not supposed to be. Those little fees also add up over time. 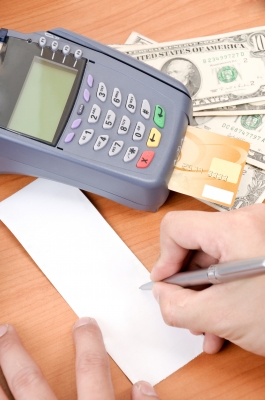