Antoinette and Michael's story began in April 2008. While Antoinette was a student at Tennessee State University, she made a visit to Middle Tennessee State University with her good friend, Princess. They traveled to Murfreesboro for a one-day trip to visit her play-brother, and that one-day trip turned into an overnight one. During this visit, Michael was checking Antoinette out, though he still won't admit it. Despite this, on that night they went to a house party and they partied for sure. Later on, they took Michael back to his dorm and he just got out the car and said, "Goodbye." He didn't even ask for Antoinette's number! This was a little strange to Antoinette because, during the whole trip, his friends kept saying he couldn't stop talking about her. But it turns out, he was too shy to ask.

And this is what led to one of their present friends to take it upon themselves to bust him out, and he immediately turned around and asked me for my number. From there, they talked every day and he would come to Nashville to visit. The pair got to know one another better and ironically they found out that both of them were from Memphis. During the summer, they became extremely close and Antoinette knew then that God designed this person just for her although he entered her life unexpectedly. They began dating and eight years later, they became husband and wife. Two years after that, and this lovely couple welcomed a beautiful baby into their family. Check out their fun and out-of-the-box maternity shoot in Tennessee, captured by Marcus D Porter Studios. 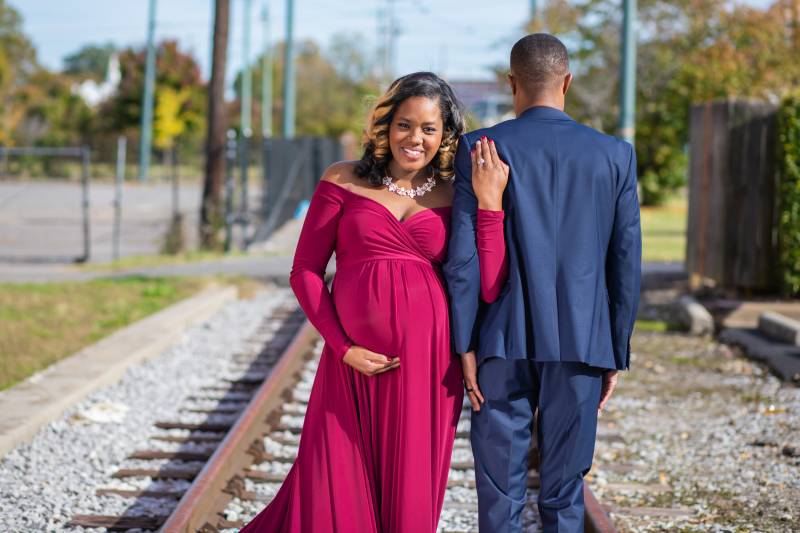 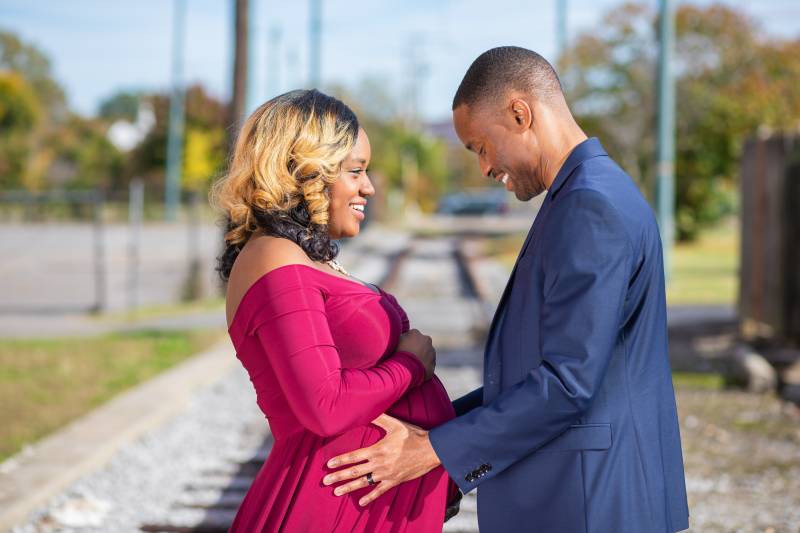 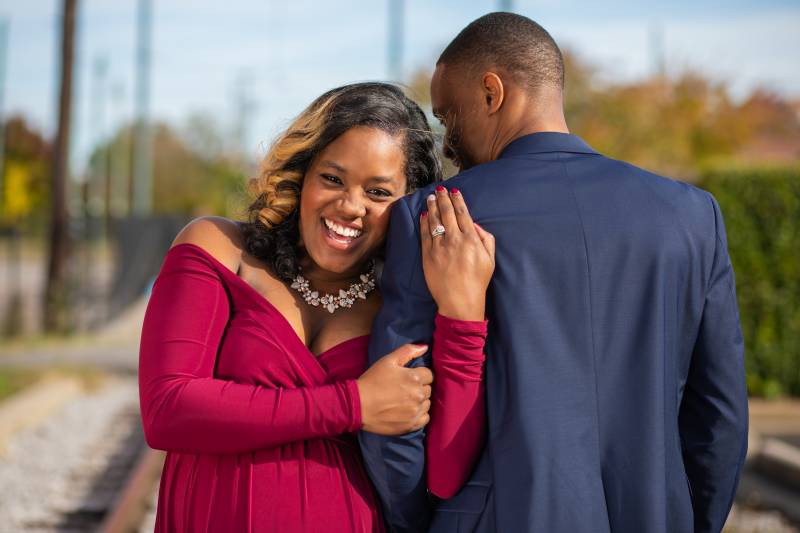 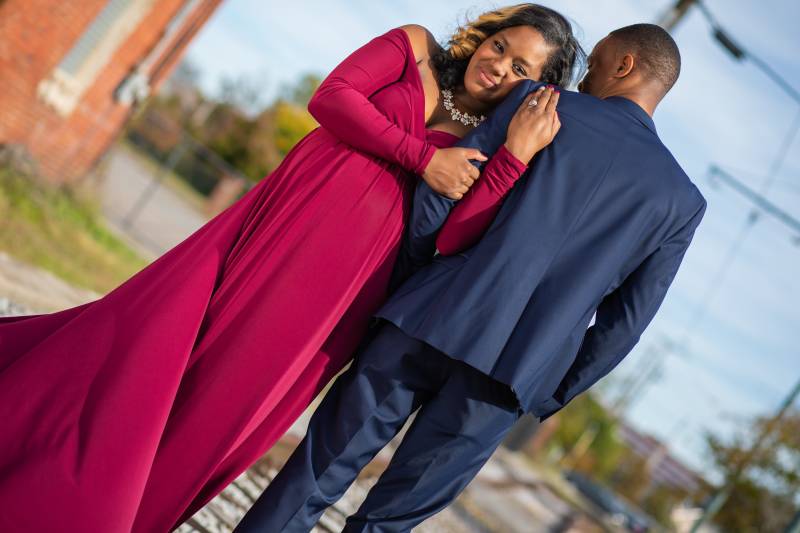 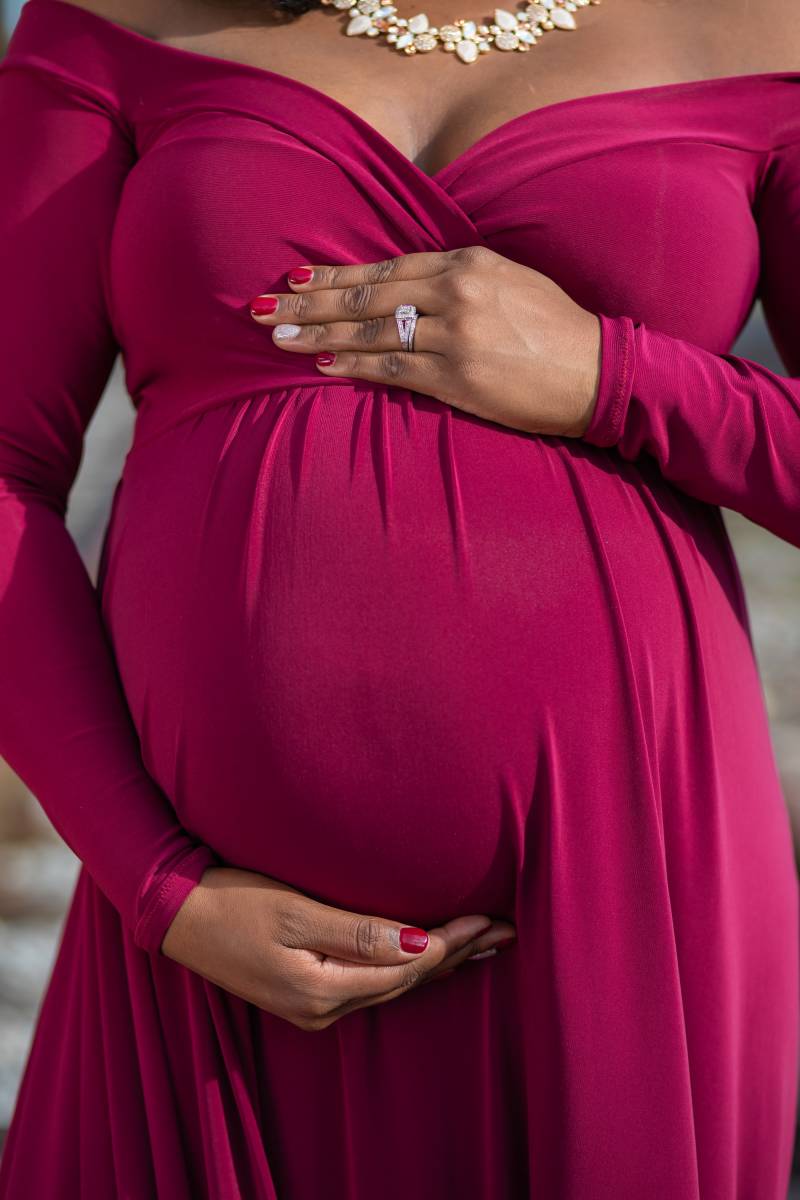 One early Sunday morning, Michael Anthony decided to wake me up at 6:30 a.m. He told me to get up, that we were going to take a trip, and that I needed to pack a bag. With my nosey self, I began to question Michael because it was kind of strange for him to wake me up that early because he knows I love to get my sleep. Instead of him answering any of my questions, he told me to just pack a bag for an overnight trip. We proceeded to leave Memphis and started a three and half hour journey through Arkansas and Missouri. During this time, I was still asking questions on where we were going and why was it taking us so long to get to our destination. As I was doing all that, I was still trying to sneak a peek at the GPS, but he wasn't going for it. We finally arrived at our destination, the beautiful Crown Valley Winery.

I was ecstatic because Michael always knew I wanted to visit a winery and he made it happen for me through a truly romantic getaway. During our visit, we ate, went on a tour of the winery, and did a wine tasting. This trip was everything I expected, but Michael had something else planned that would add more sparkle to an already spectacular day. While sitting outside of the winery enjoying the beautiful weather, Michael started to record a video of our visit. During the video, we were explaining how awesome the winery was and how magical the place was, and then it happened. Michael got down on one knee and proclaimed his love for me by asking me to be his wife! 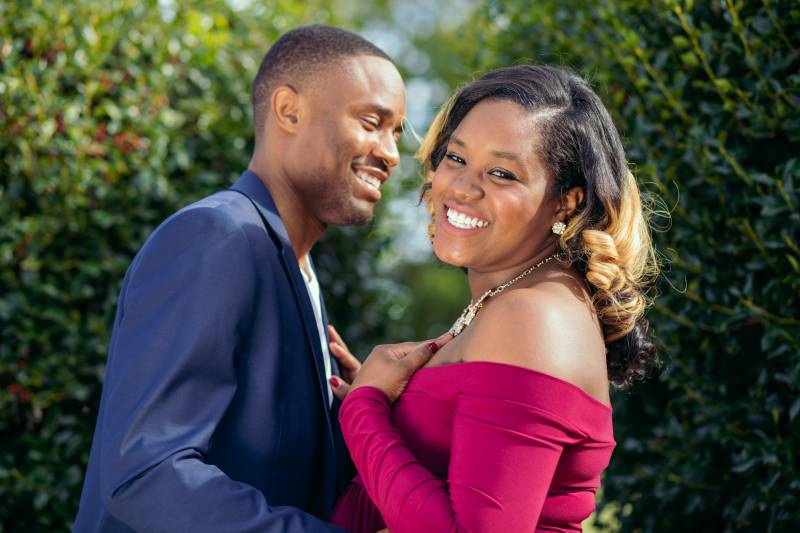 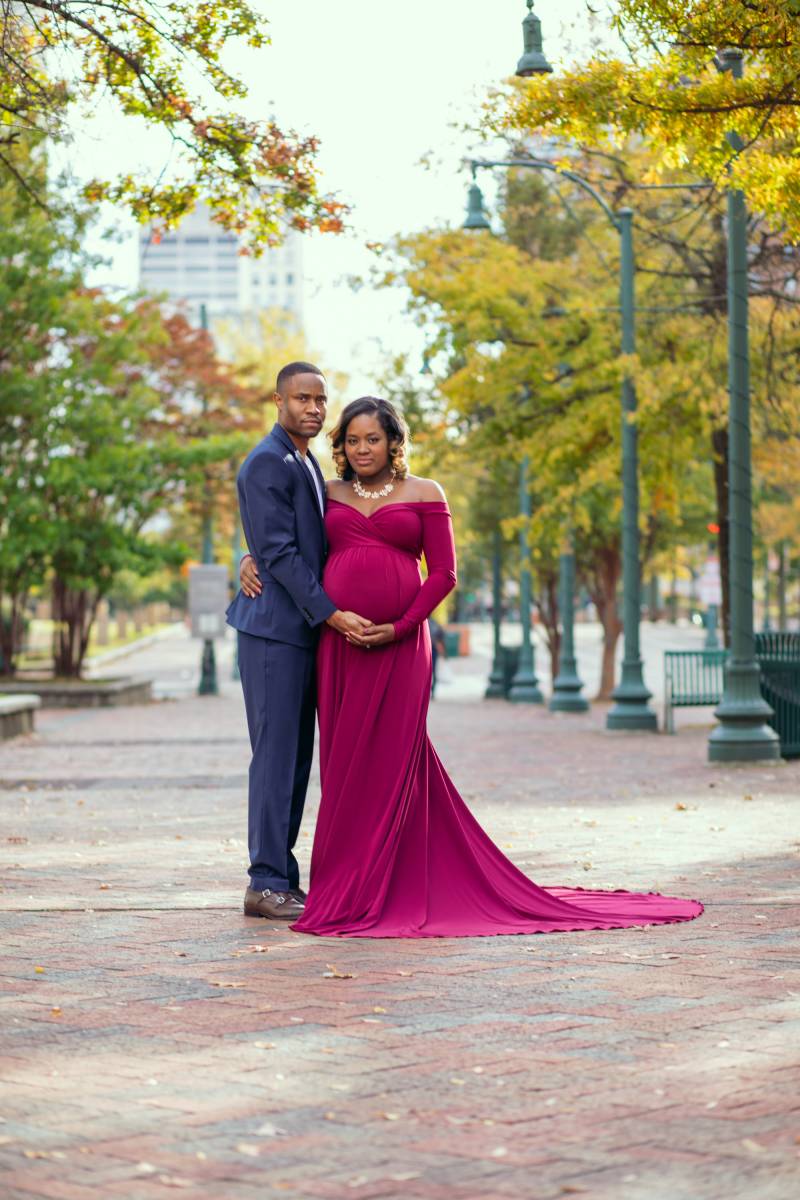 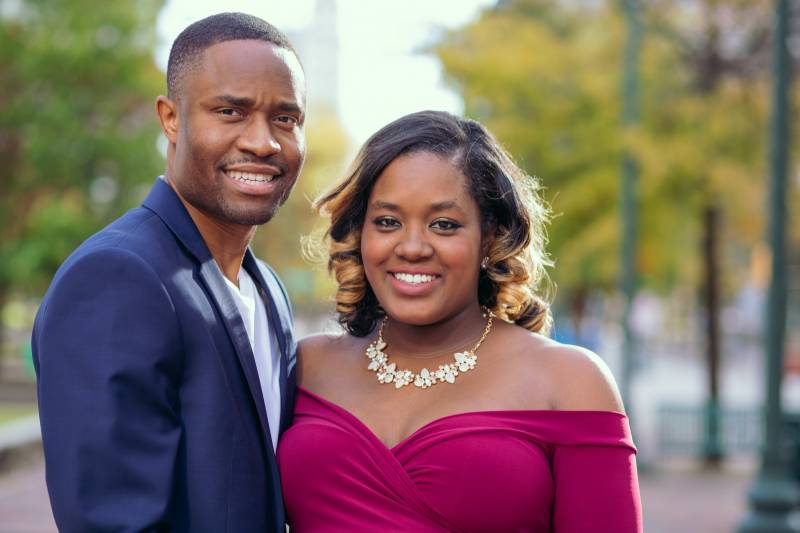 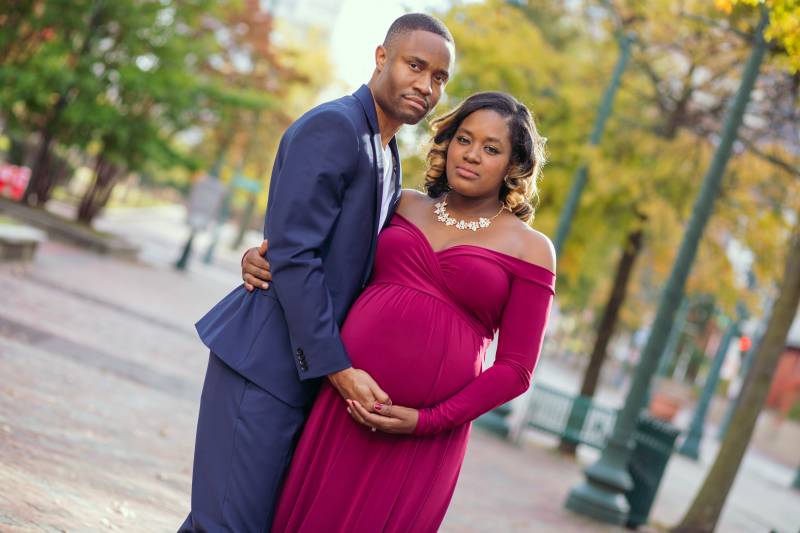 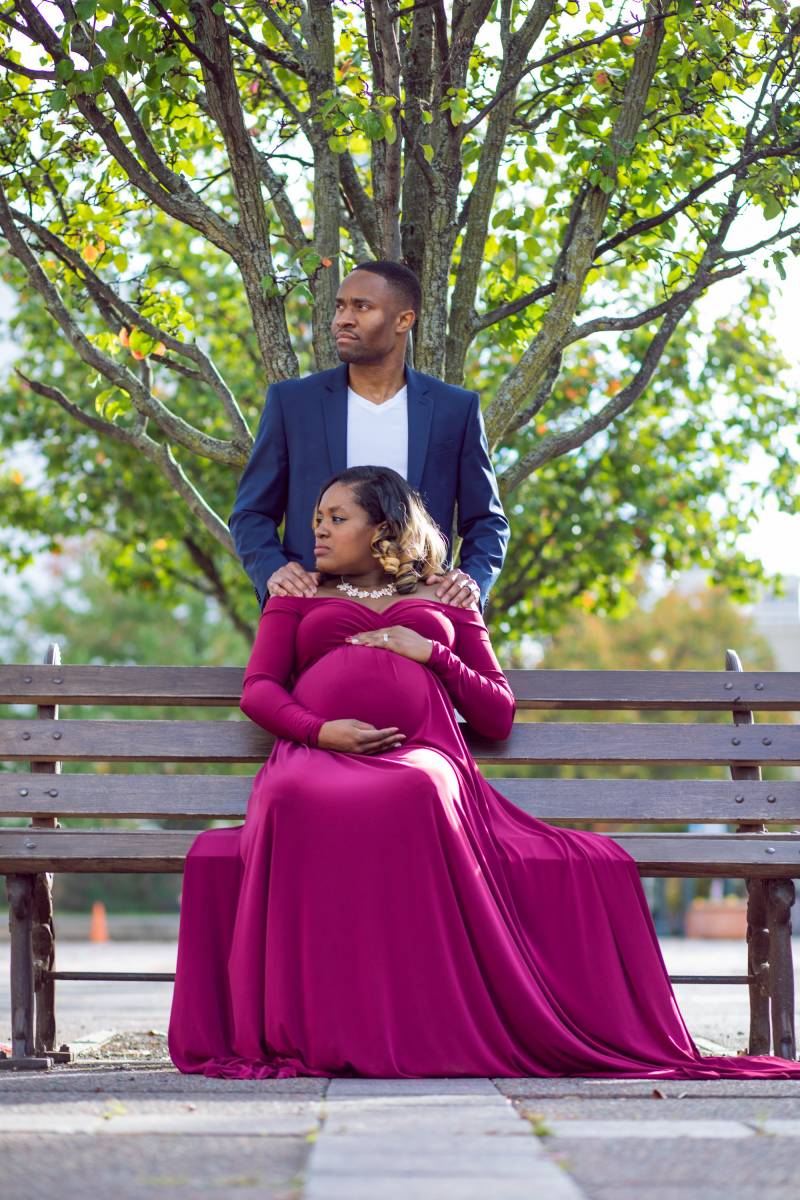 What prompted you to capture your pregnancy with a photo shoot? How did it make you feel?

As a couple, we decided to capture our pregnancy with a maternity photo shoot so we can remember and have tangible memories of being pregnant with our first child. The photo shoot made us feel amazing. Marcus and his wife took great care of us and captured all of our emotions. The photo shoot was a way for us to be us and to finally relax and enjoy the moment before our little man arrives.

Did you include other family members in your photo shoot?

No, we did not include any other family members in our photo shoot because we wanted it to just be centered around us. Mother, father, and our unborn child. 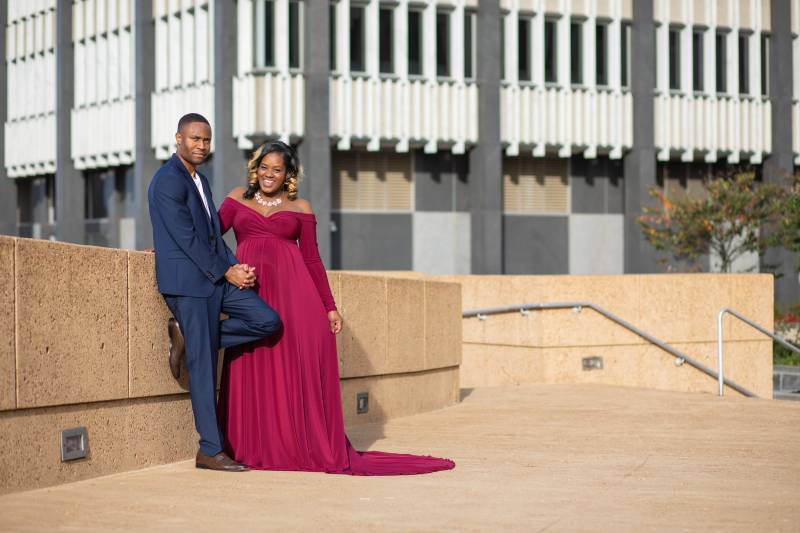 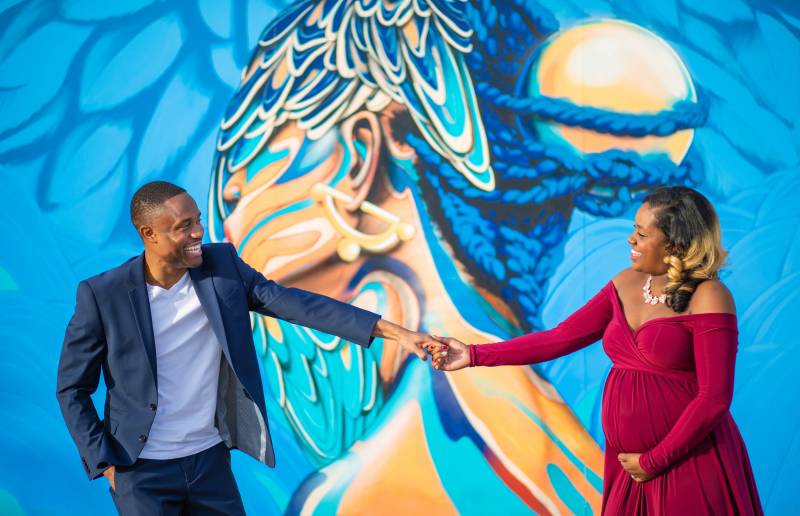 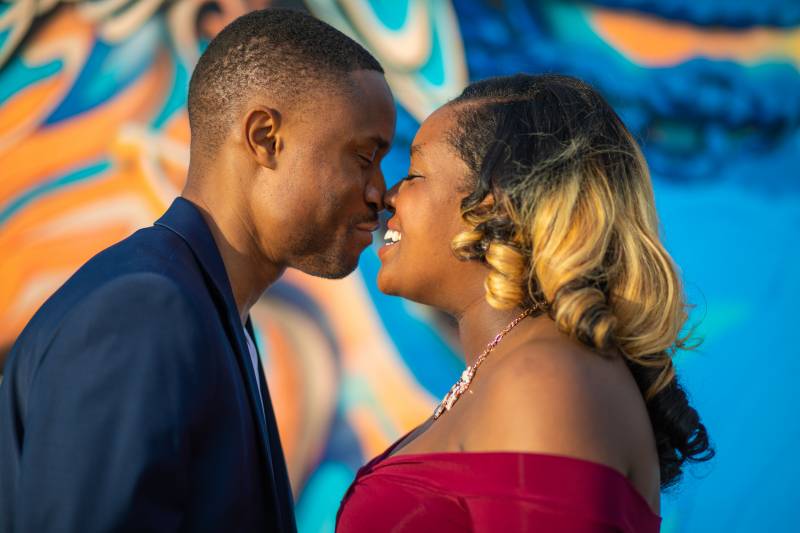 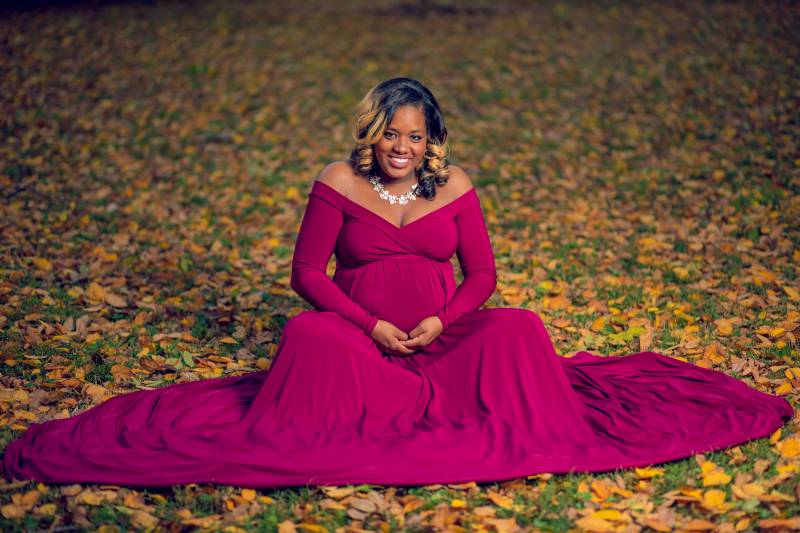 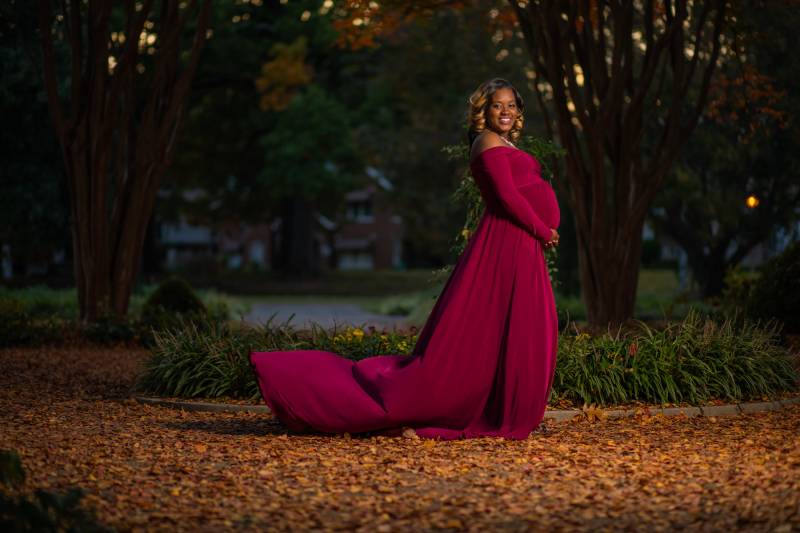 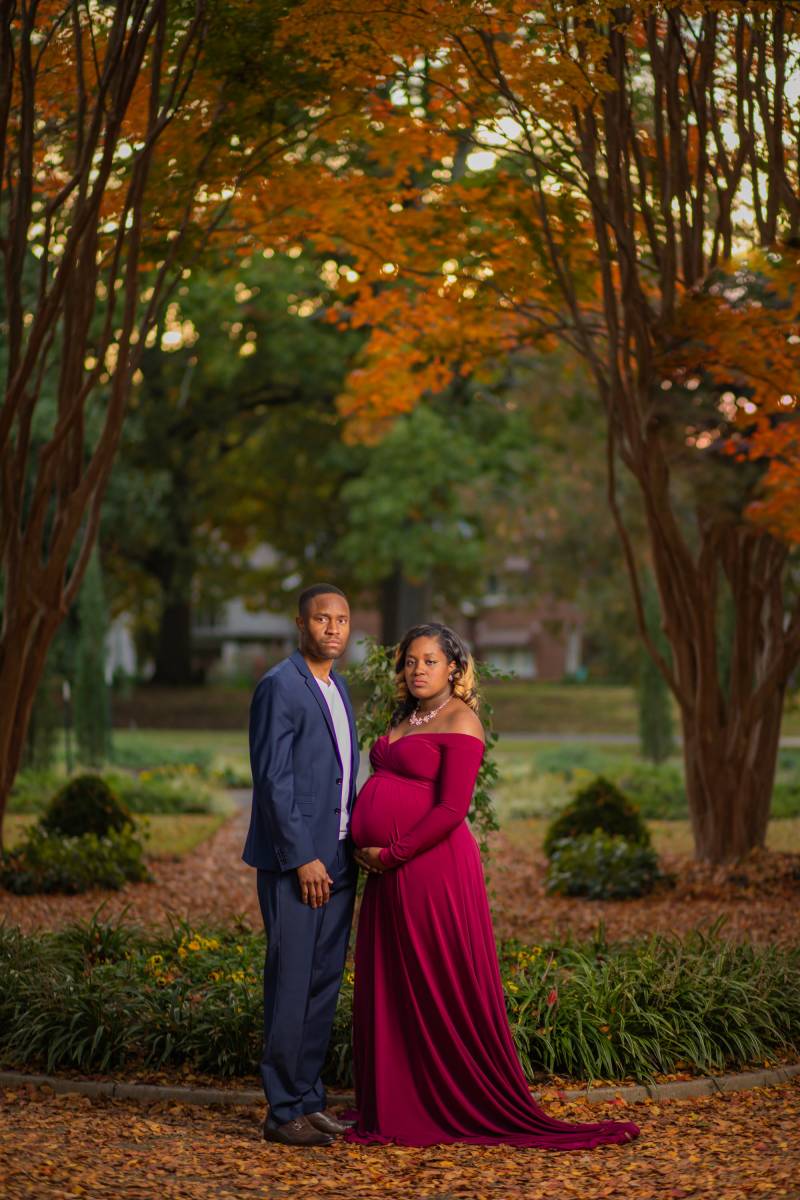 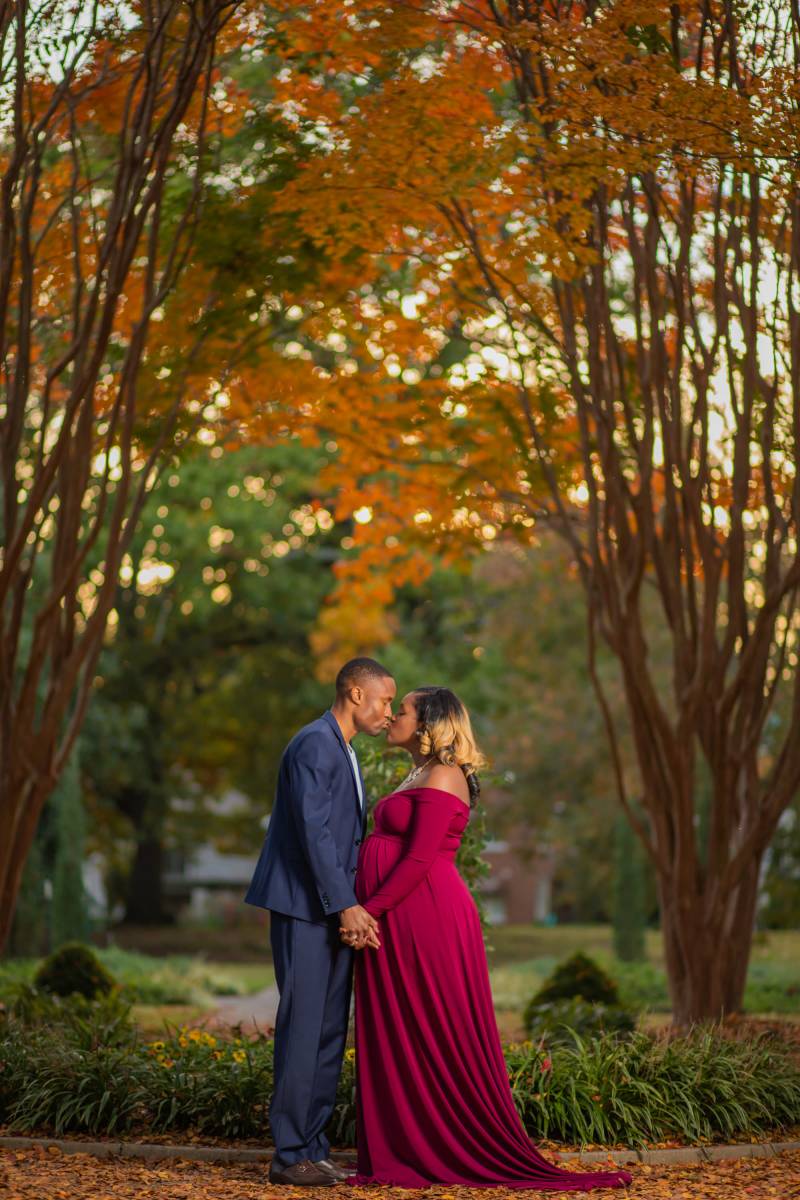 How and why did you choose the setting of your maternity photo shoot?

Marcus and I selected the locations according to the vision that I gave to him. I wanted our pictures to be different, out of the norm and classic. He truly captured that.

How far along in your pregnancy were you when you did the shoot?

When we did our photo shoot, I was 35 weeks pregnant. 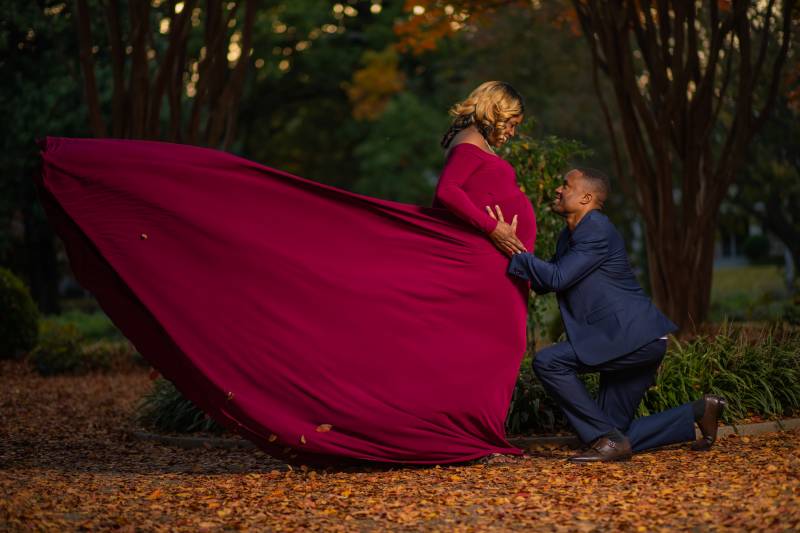 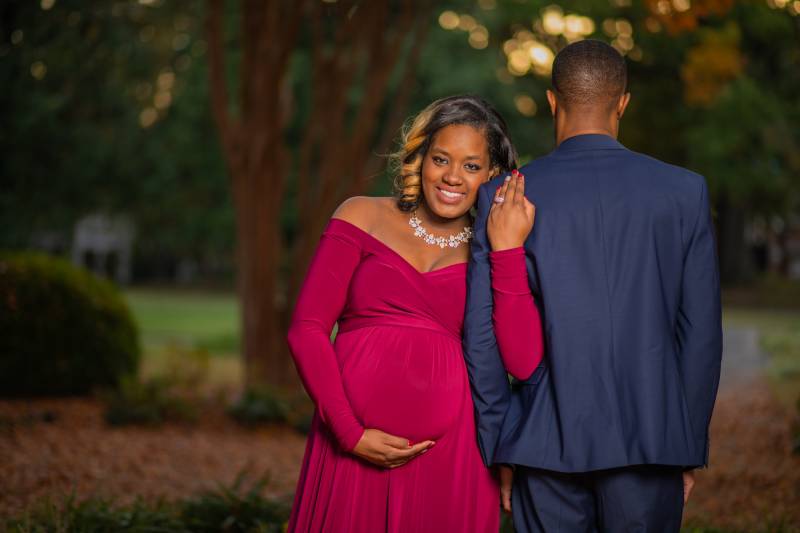 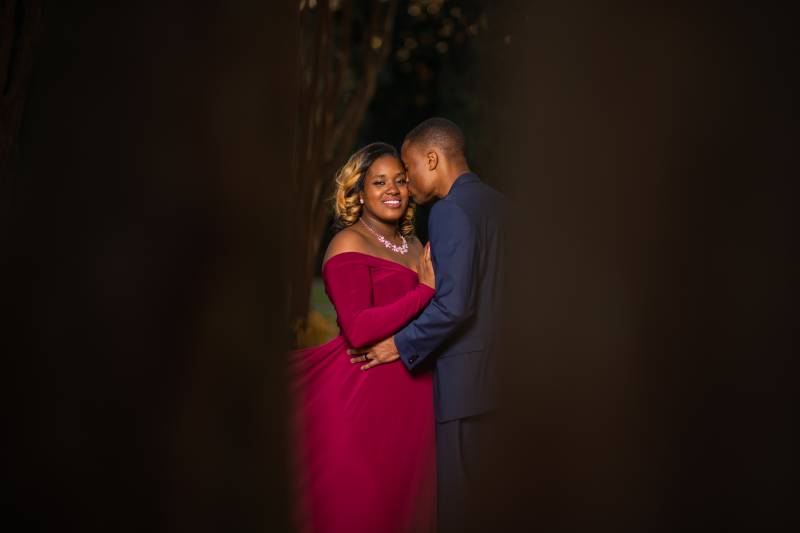 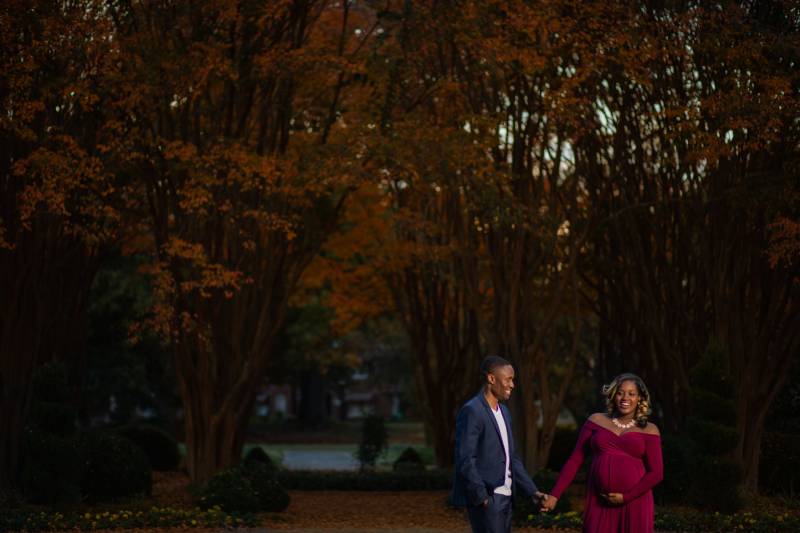 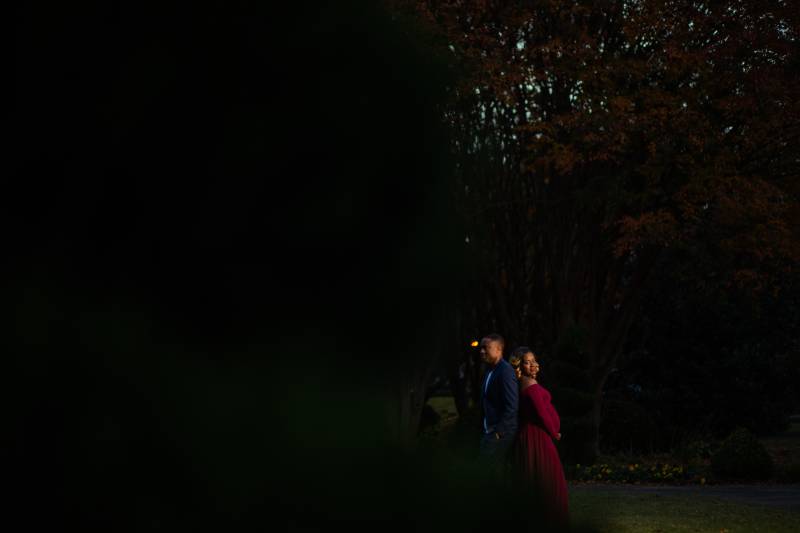 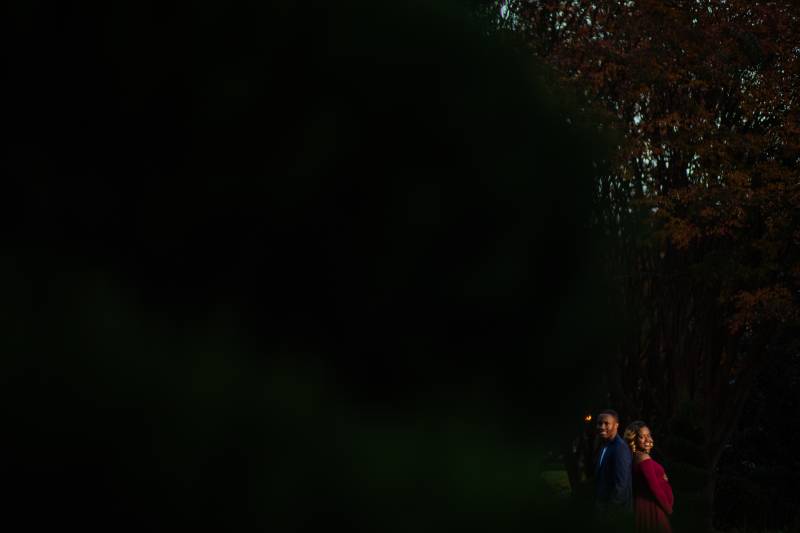 Did you know the gender of your baby? If so, did you incorporate this into the shoot?

We are having a baby boy. No, we did not incorporate the sex in the maternity shoot.

What was your favorite picture from the day?

I honestly don't have a favorite picture from the day because all of them are my favorite. But, if I have to choose one, it would definitely be the picture of my husband kissing my belly and my dress flowing in the back. This picture truly captured our love for one another and for our baby boy.

Congratulations to the happy couple! We wish you many years of wedded and parental bliss.

4 Ways to Talk to Your Spouse About Finances

Self-Care: A Way of Life

PrevRelationship Advice: In Defense Of Ayesh...
NextFrom Mrs. to Mommy: What It’s Like...