Natara and George met during the 2009 Essence Festival weekend in New Orleans, Louisiana. Natara’s friend, Nicole, saw a group of guys she knew from her time as an undergrad at Prairie A&M University. George was among that group and wanted to be introduced to Natara immediately. The pair went on a boat ride and even took pictures together. The two parted ways after the boat ride that day. Not long after, George reached out to Nicole to ask for Natara’s contact information, stating that she had been “the spice to his gumbo” that weekend. After an exchange of numbers, a friendship began. There were regular interactions between the two for several months, but with time and distance, they lost touch. However, after many years apart, the two reconnected in their hometown of Houston, Texas in 2016, and they have been inseparable ever since. Check out how they decided to celebrate their pre-wedding union, captured by Rhea Whitney Photography. 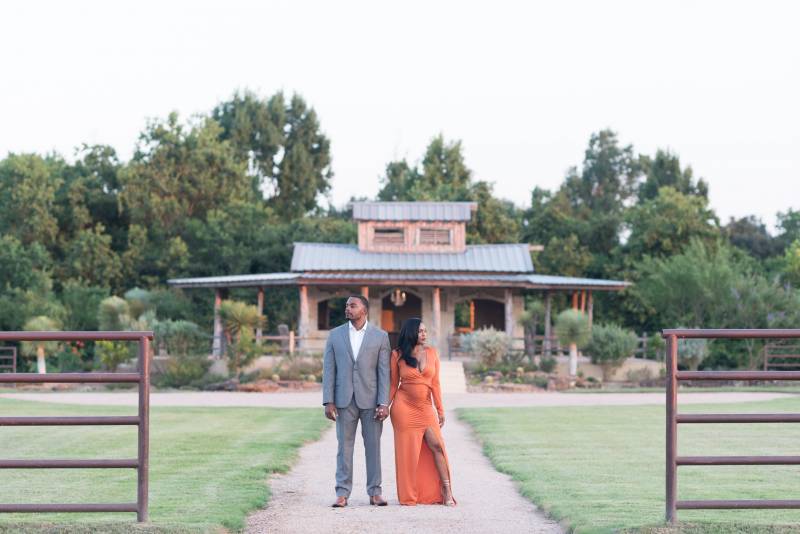 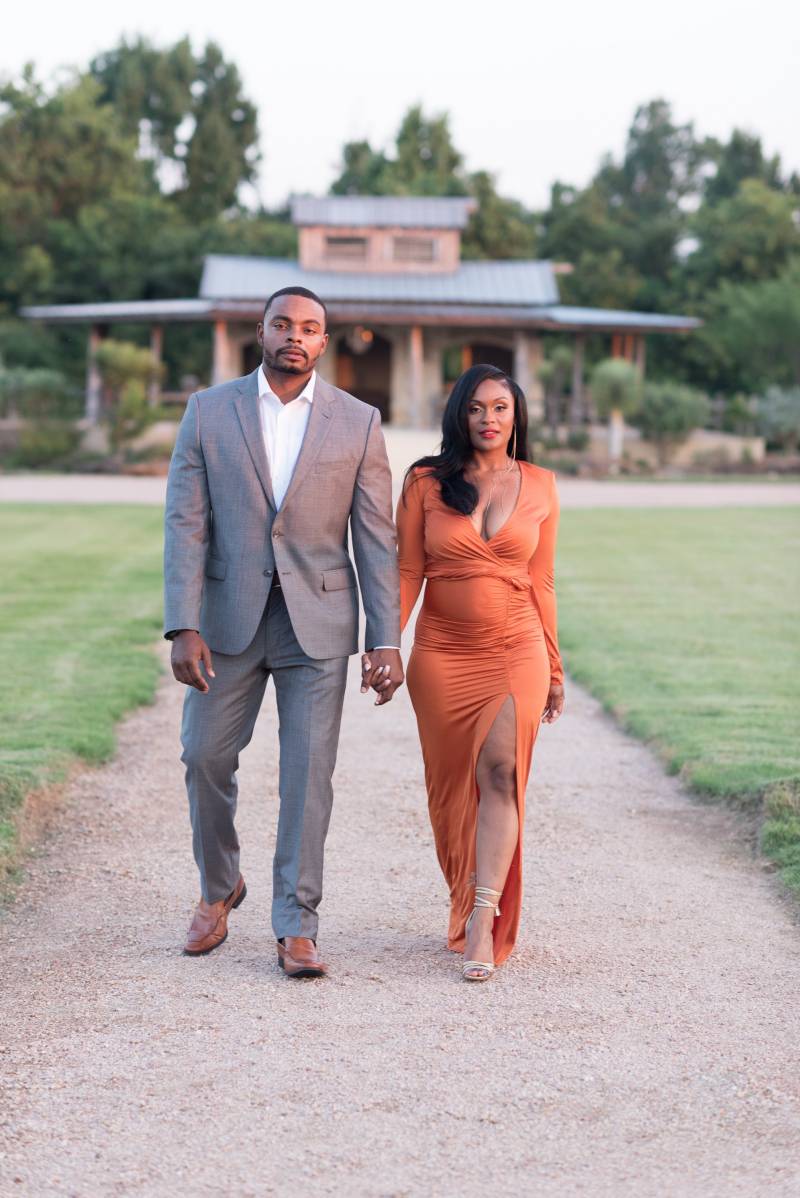 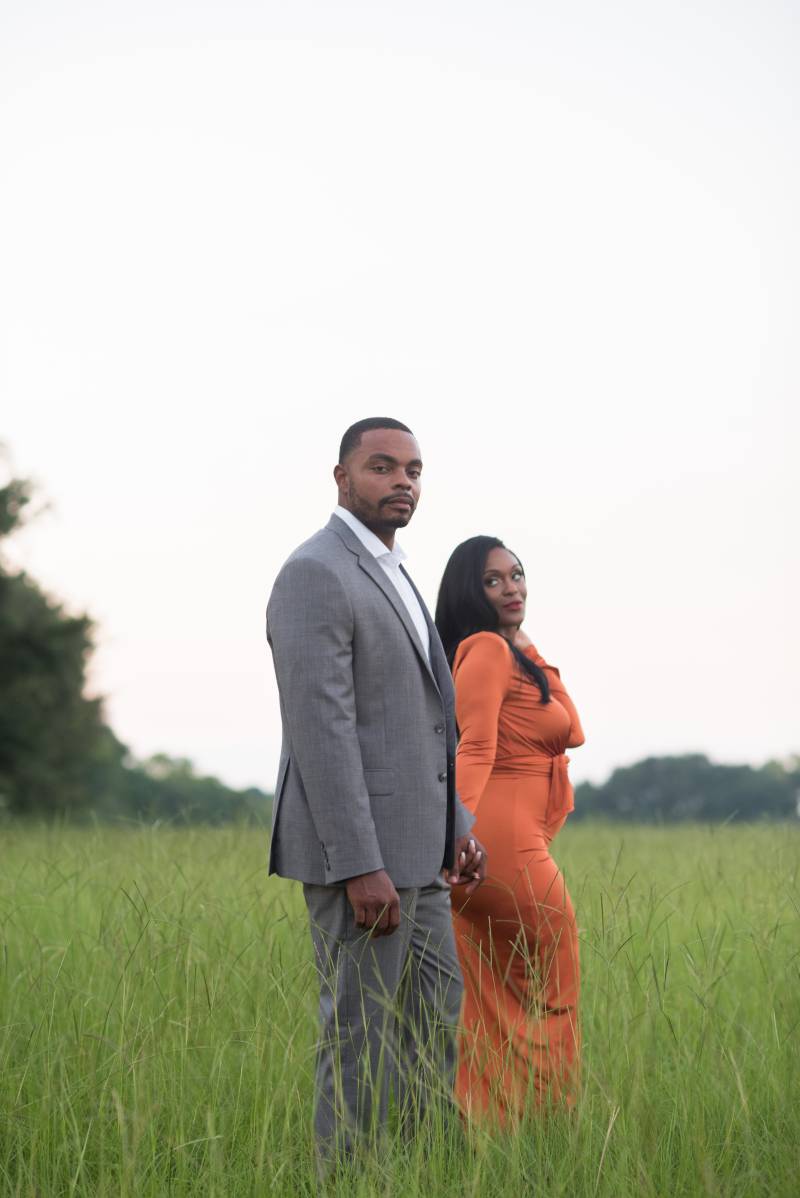 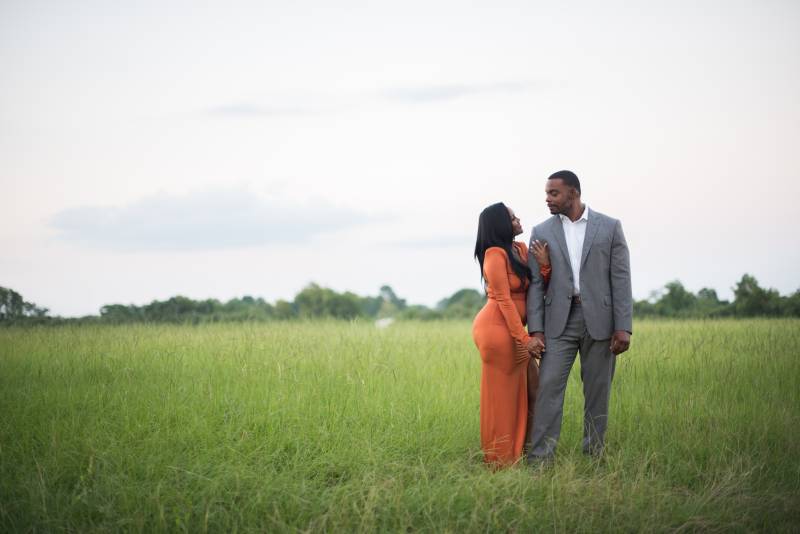 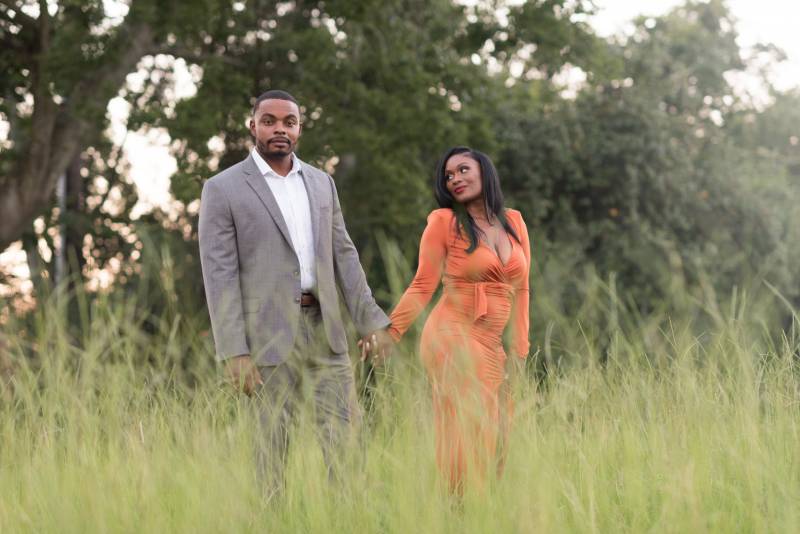 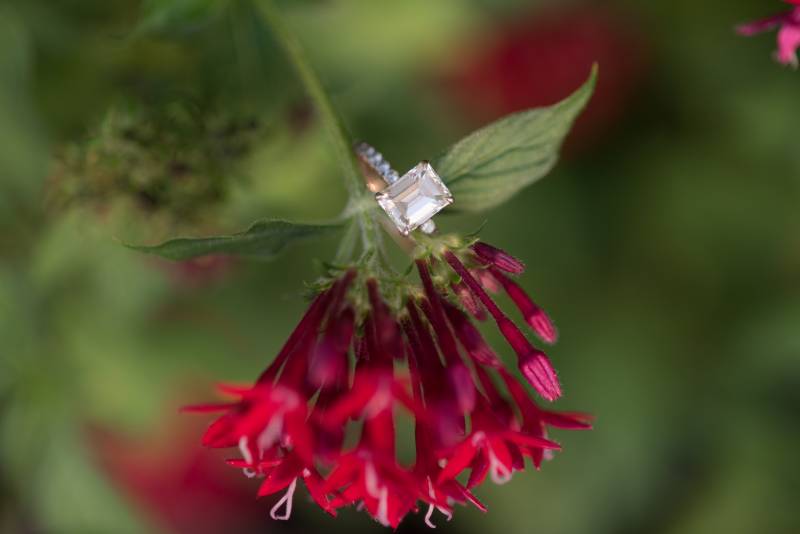 The engagement was somewhat of a surprise for me but I knew it was coming. George and I had been talking marriage since the beginning of 2017 and even had a date set by March. The weekend of the proposal, I had just arrived back from business travel in Sweden and was completely jet lagged. As soon as I got in the house George was talking about getting away for the weekend for a short trip and I was thinking to myself, “Why?”

So he booked a room at Hotel Galvez and packed overnight bags. On our way there we stopped by one of his aunt’s house, a couple he loves and admires. They sat with us and talked about the realness of marriage and relationships and extended their support to us. I felt accepted and a part of their family already, but this moment felt a little different.

Once we arrived we had a complete turn-up session at the pool and then headed back into the hotel to gather ourselves. While getting dressed for dinner in our suite George began to express to me the way he felt about me and wanting to spend his life with me. Then he pulled out “The Box” and got down on one knee, asking for my hand in marriage. I was overwhelmed and full of tears of joy! We immediately video chatted with his grandmother, our parents and our friends to spread the news. I could not contain myself! After gushing over the proposal, we celebrated over dinner and wine. 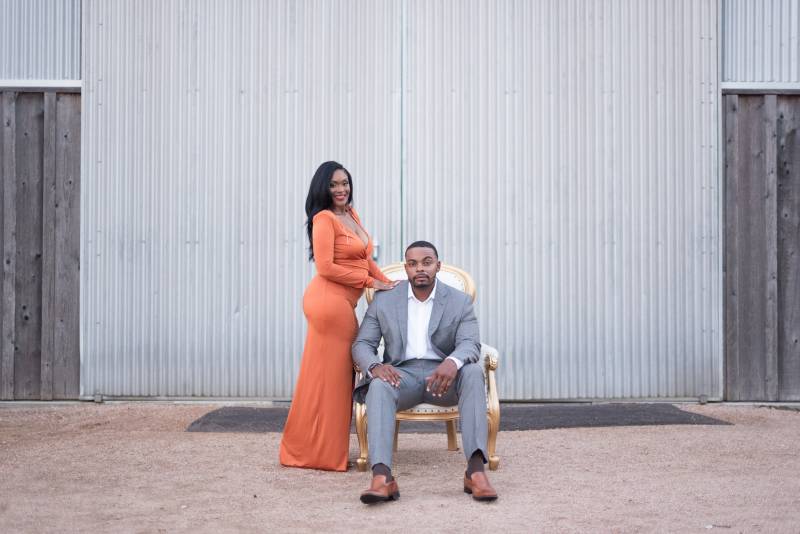 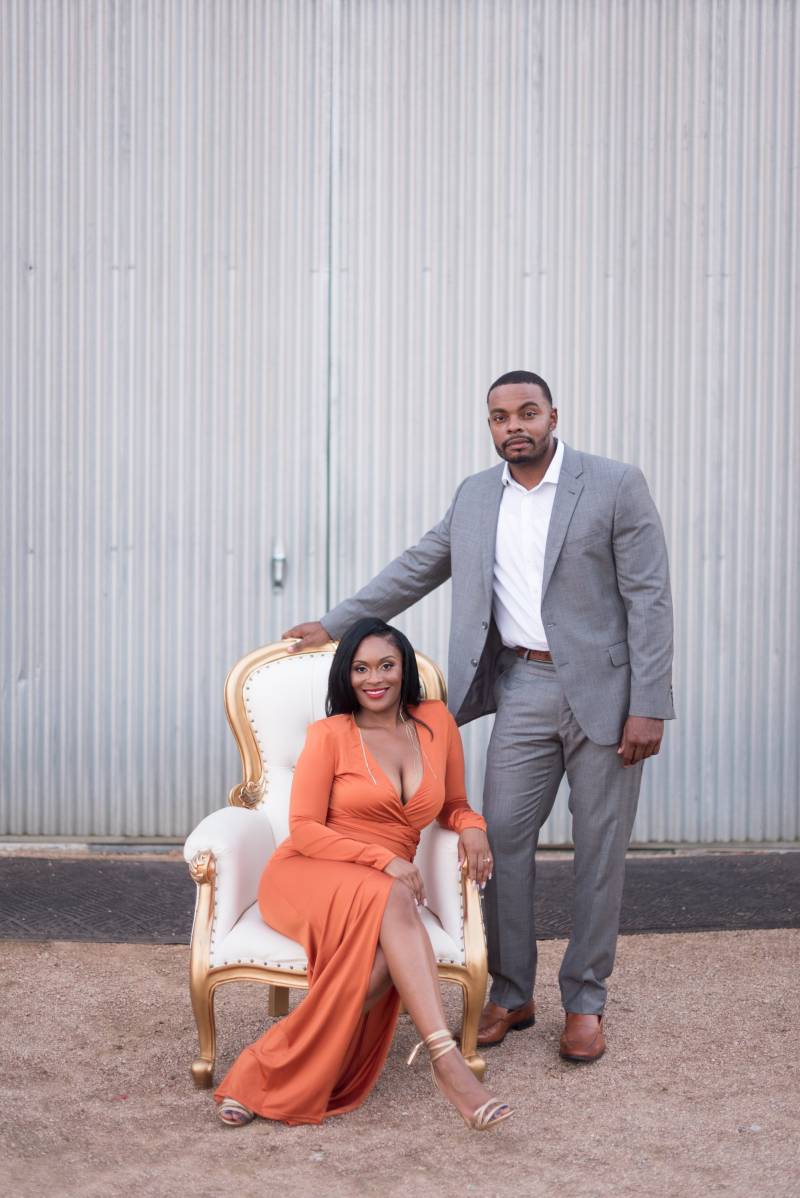 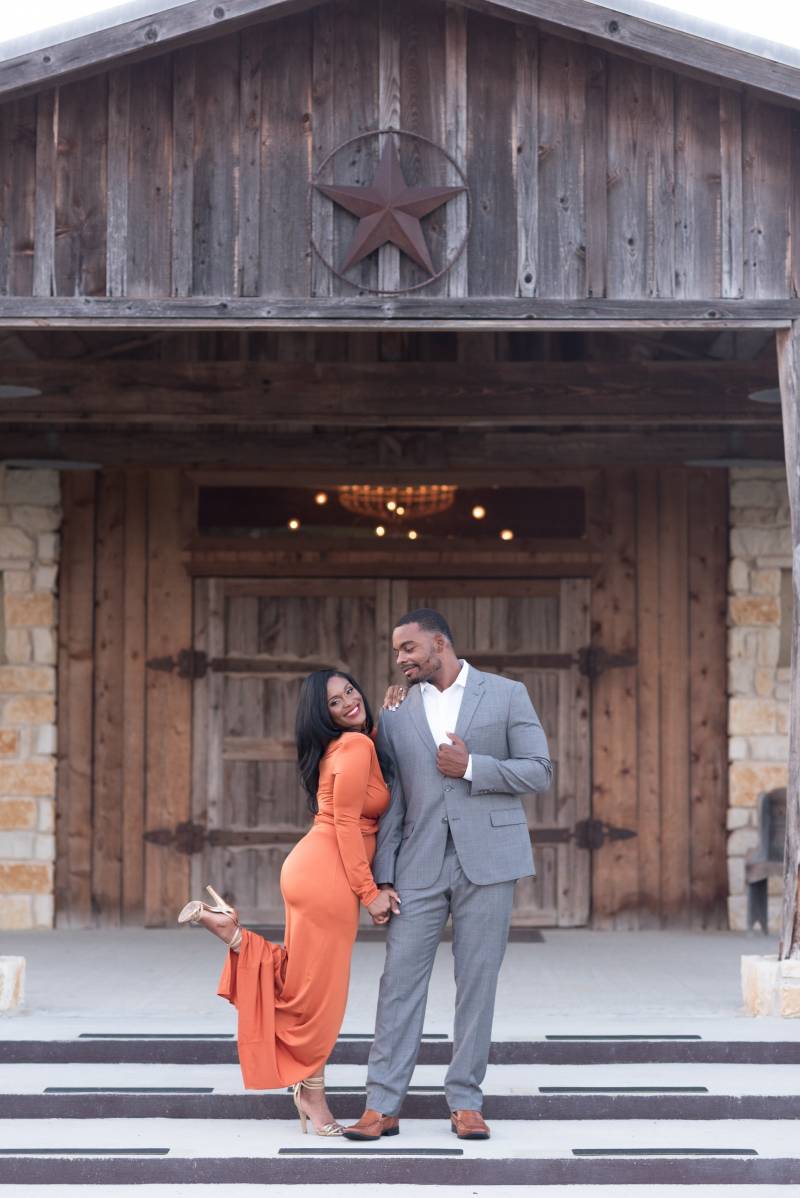 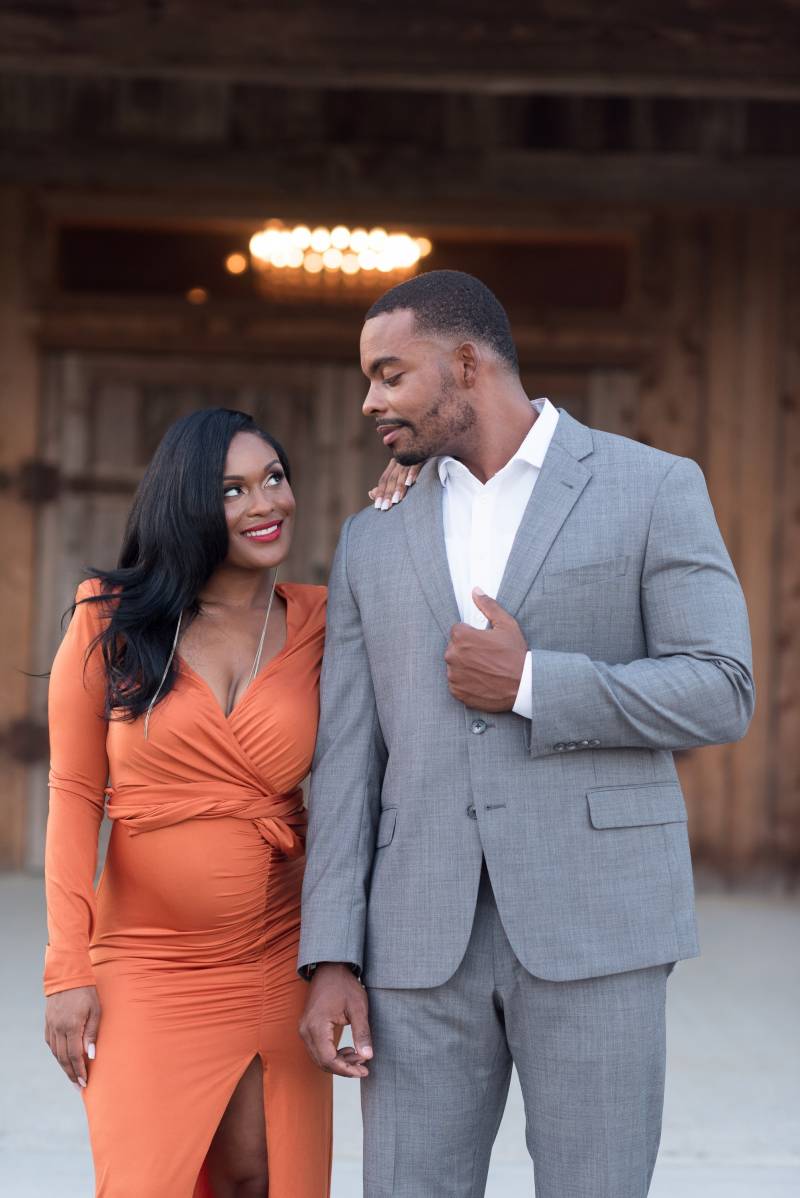 For the Groom: Walk us through the behind scenes for creating this special day:

Well, it was June in Houston when I decided I would propose. June in Houston is warm, to say the least, so I wanted to be near water while also being somewhere tranquil (but at the same time convenient). So, I chose Galveston Island. I ended up booking a room for the weekend at a nice hotel along the seawall and proposed to her in our room, which overlooked Galveston Bay. To me, it symbolized that the outside world is secondary to our union and the best is yet come. All in all, the experience was pretty low-key and definitely well within the realm of my personality and appreciation for solitude.

Our theme was “Big Rich Texas.” George is a rancher and while I like to think of myself as country chic, so we married the two to bring out the richness of nature and the elegance of our classic styles for this photoshoot. 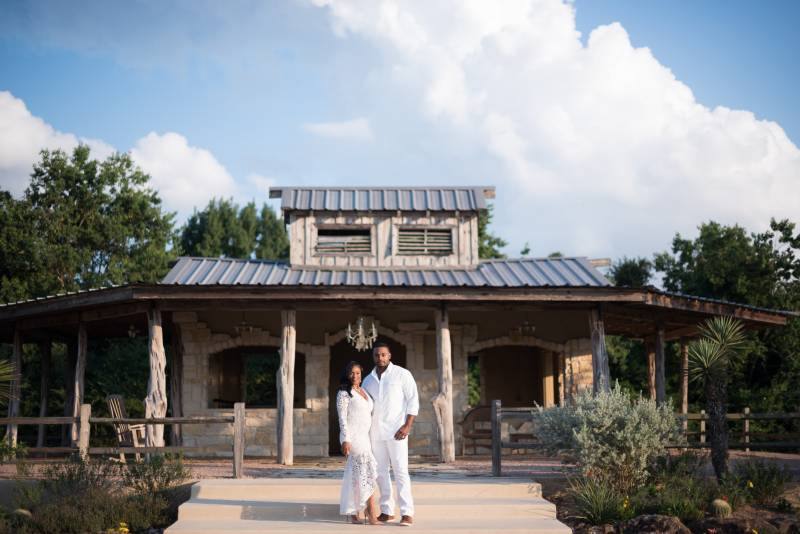 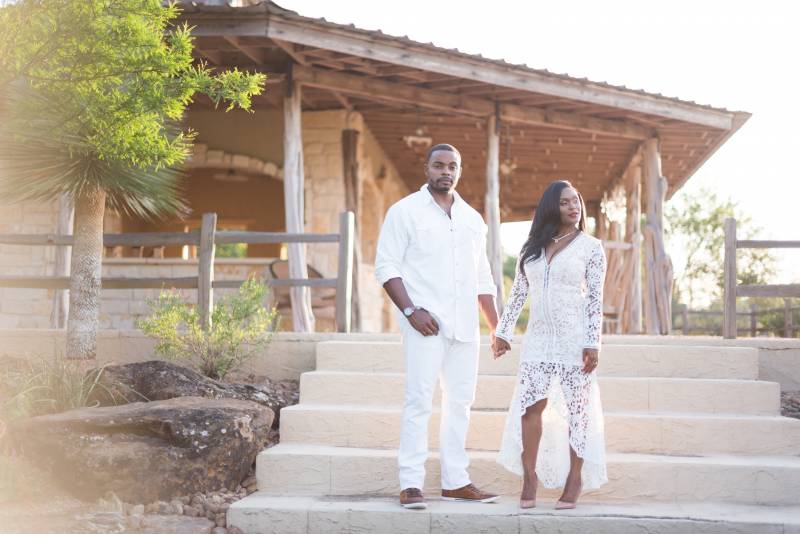 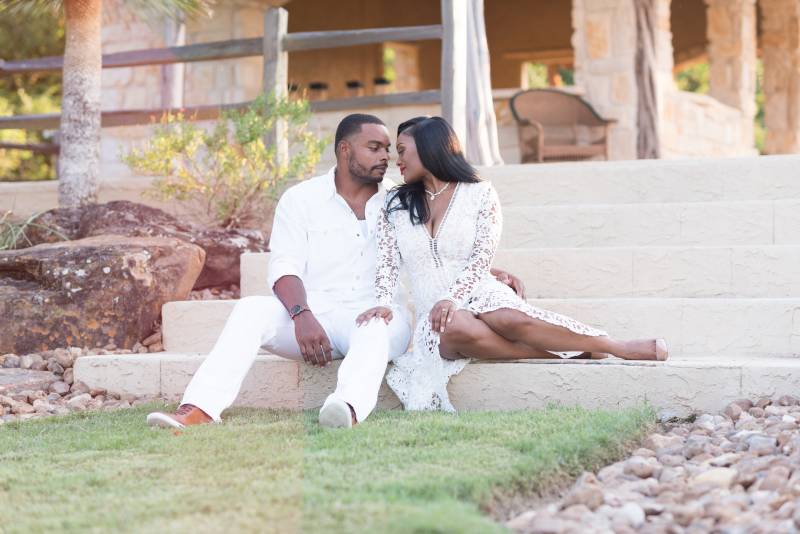 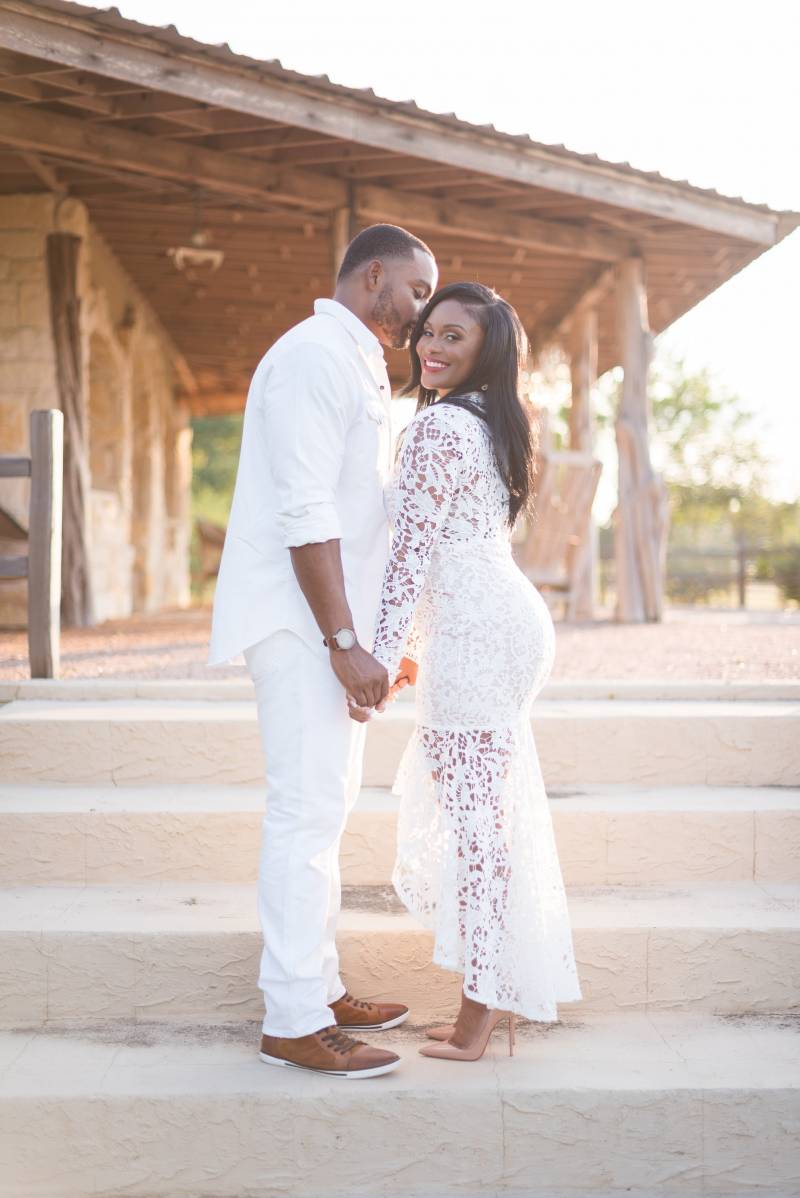 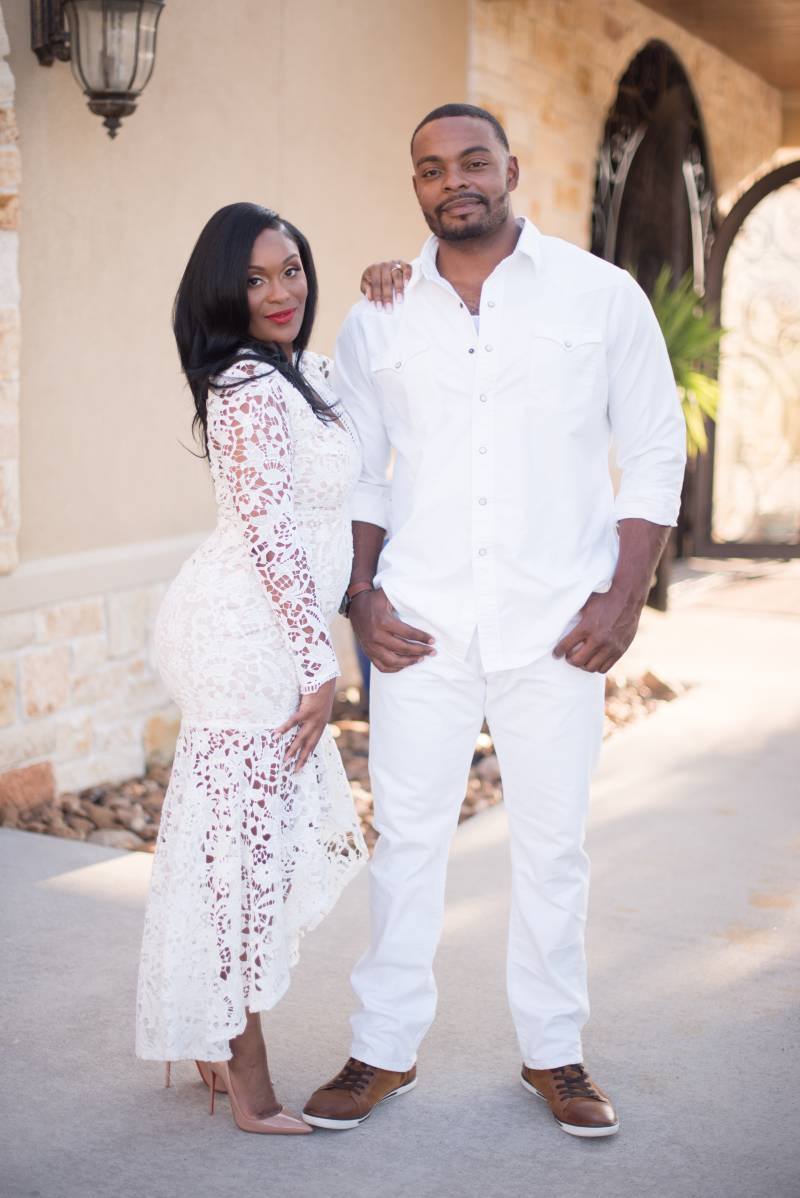 Yes, we had just found out a month prior to the shoot that we were also expecting. The photoshoot was truly a moment solidifying our future family. Our most memorable was in front of the glass doors while George held my belly.

It’s classic, familiar and soulful. We speak each other’s love language because we genuinely love to spend quality time together and have the same core values that prioritize faith and family. 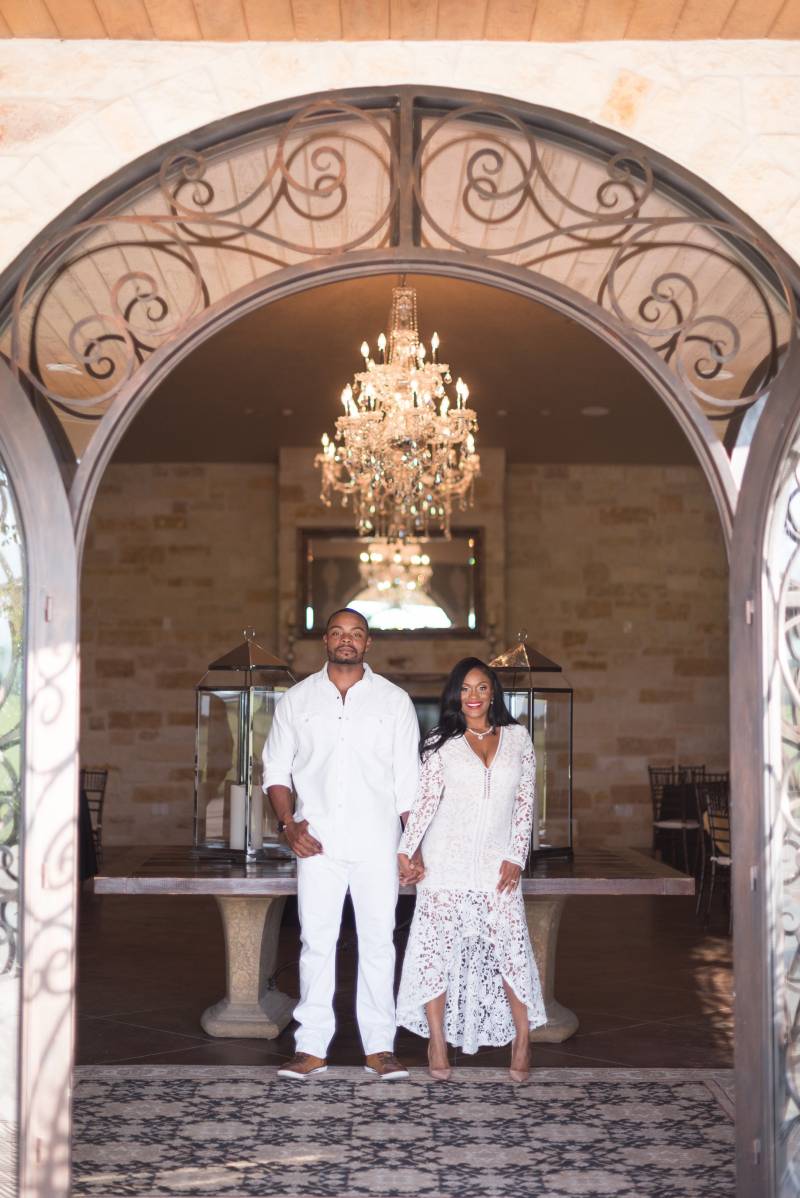 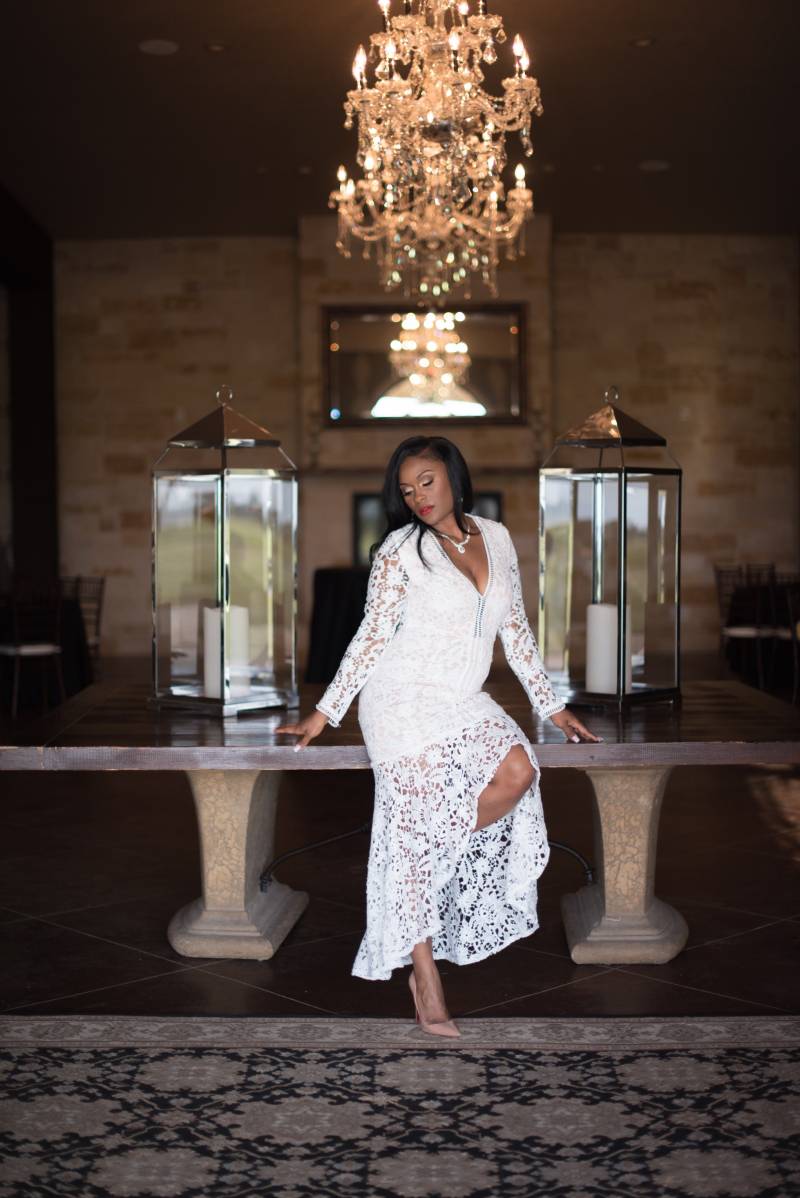 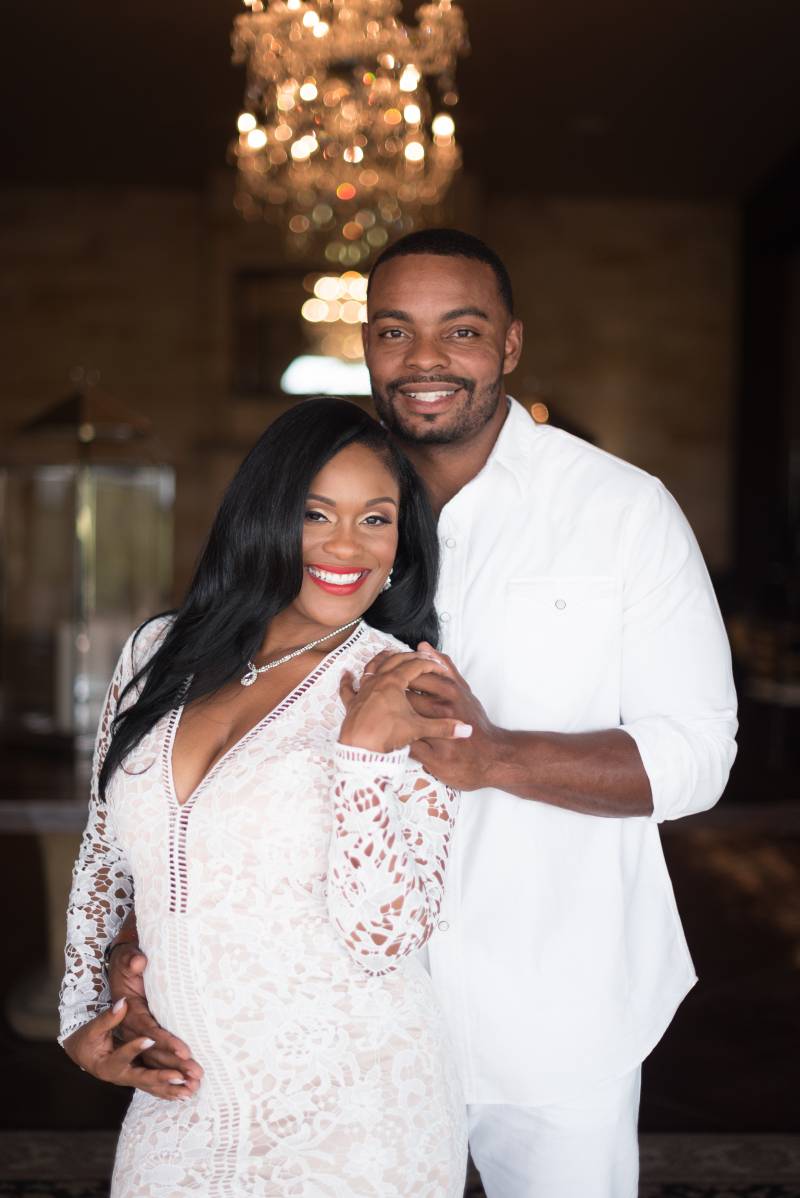 Stating our vows in front of everyone we love, as well as the reception!

We planned and executed our wedding in three months and everything came out perfect. Our colors were navy and rose gold. Navy symbolized loyalty, wisdom and faith, and is also associated with stability. George is the one who chose this color. Rose Gold, on the other hand, was our accent color because it was the engagement band tone that George chose for my ring. So, it represented love and commitment on our special day. It was the wedding of our dreams!