Anne Cole Lowe (1898—1981) was the earliest African American designer to become part of the New York fashion establishment in 1950. She is best known for designing Jacqueline Kennedy's wedding dress. Ann never repeated a design, every dress was an original. There were 50 yards of silk taffeta, with a very full circular skirt tucked and pleated (Lowe's specialty). The dress Anne Lowe designed for Jacqueline Kennedy is the most photographed wedding dress in history. The dress is housed in the Kennedy Library in Boston and was shown to the world September 12, 1953. It has been 58 years since then.

Anne Cole Lowe was born 1898 in Clayton, AL. She was the great granddaughter of a slave and plantation owner. Ann married in 1912 at 14 years old and when she was 16, her mother passed. Her mother was a designer as well and after she passed Anne completed her projects. Anne enrolled in a fashion school in NYC in 1917 where she was shunned by her white classmates. After graduation opened a salon in Tampa, FL and returned to NY in 1928. After returning to NY she worked on commission for stores such as Chez Sonia. 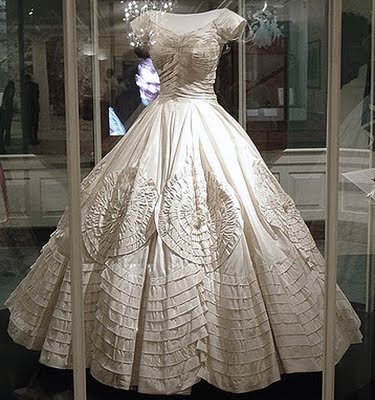 In 1946, Anne designed the dress Olivia de Havilland wore to accept the Academy Award for Best Actress. Even though Anne designed the dress the name on it was Sonia Rosenberg. Her customers also included the DuPonts, Roosevelts, Posts, Biddles, Rockefellers, Auchinclosses, and other families listed in the Social Register. She was known as “society’s best kept secret” because she was a black woman. A ruptured water line flooded her store 10 days before Jacqueline Bouvier’s wedding destroying the dress and others made for the occasion. It is astonishing that Anne Lowe managed to remake all the dresses before the wedding. 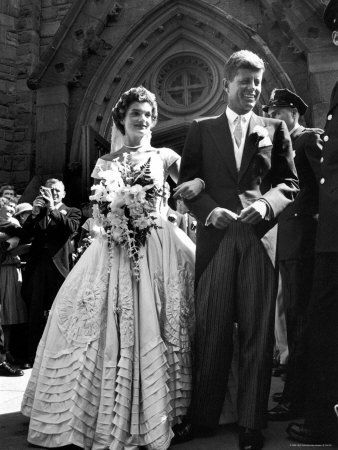 She worked her later years at Saks Fifth Avenue and was featured in a 1960 advertisement. Anne continued to design through 1960 for Madeline Couture. In 1962, Anne lost an eye to glaucoma and her store to back taxes. Anne woke up the day after her surgery to discover an anonymous benefactor paid all her debts. She briefly operated Anne Lowe originals in Madison Ave in New York. Anne developed cataracts in her other eye, luckily surgery saved the eye. She retired in the ’70s and passed in 1981. 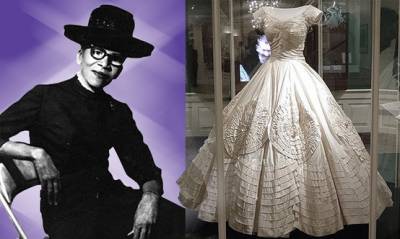 For more information on Anne Lowe read Rosemary E. Reed Miller’s book “The Threads of Time, The Fabric of History: 38 Profiles of African American Designers and Dressmakers from 1850-Present”.