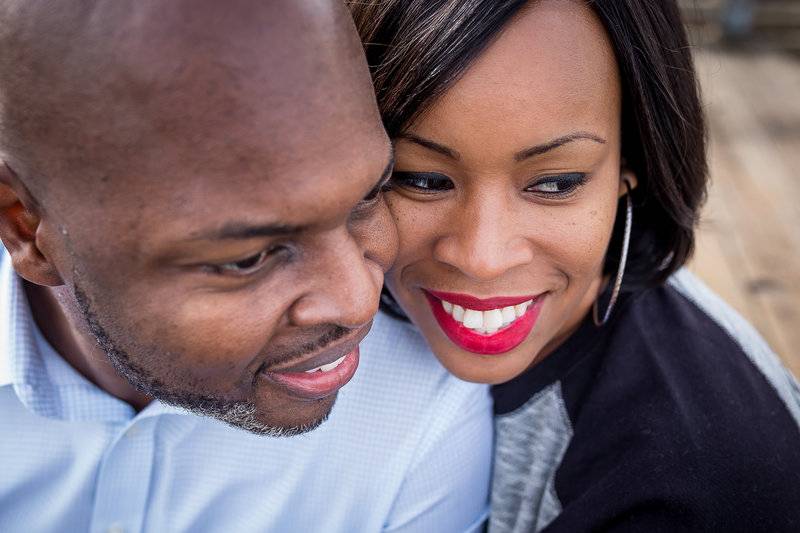 Shauna and Ber met while Shauna was at the hair salon, preparing for a yearly charity event. Within 30 minutes of her appointment, a tall man with a salt and pepper beard appeared in the doorway. The handsome man was asking Shauna’s stylist if she would like something to eat. Hesitantly she accepted. He graciously went and fulfilled her request and came back with something for her to eat but adamantly refused to take any money. When he left the salon suite, Shauna commented about the man’s “good spirit.” Shauna’s stylist, Carol, began to tell her about how nice the man was, and how he was looking for a wife. After hearing the word “wife” Shauna quickly turned her ears off. Throughout her entire appointment, her stylist could not stop talking about this man that she called “Bert.” Shauna's stylist could not say enough good things about Bert and how she thought he would be a good match for her. When Shauna was leaving her appointment, she handed her stylist a business card with her contact information. Shauna explained that she was willing to go on a date with Bert; however, she was not interested in becoming anyone’s wife again. Carol quickly rushed to Bert’s salon suite and handed him the card and encouraged him to call. Bert put the card in his drawer and prayed over it for a few weeks. In the meantime, Shauna, being the impatient person she is, told Carol she was no longer interested since Bert wanted to take his “sweet time” to initiate a phone call. Carol pleaded with Shauna to give Bert a chance, and she eventually agreed. Three weeks after originally receiving Shauna’s contact information, Bert finally reached out. After their first conversation, they both knew that there was something different about the other that they had not experienced before. This was confirmed after their first date, where they talked the night away about everything and nothing. Although both were gun shy, they knew that they had found the one they had both been looking for. Check out their three-city engagement session, captured by Team Howard Photography.

Place of residence: The Colony, TX 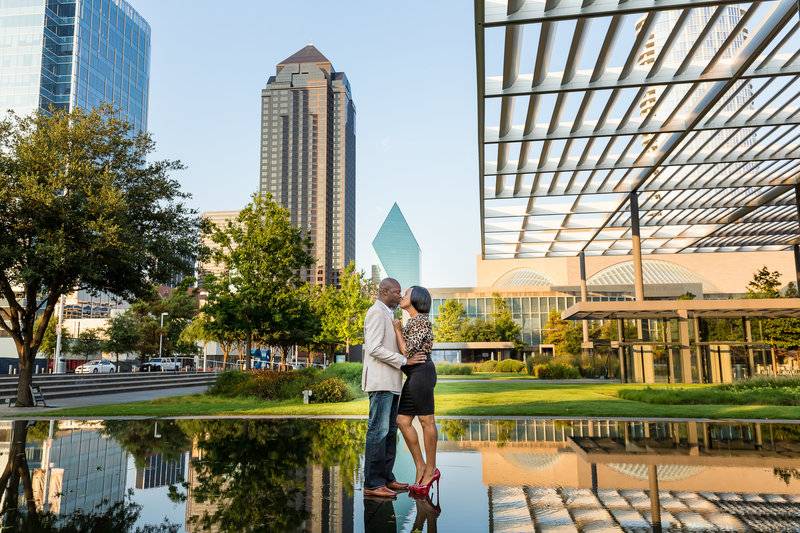 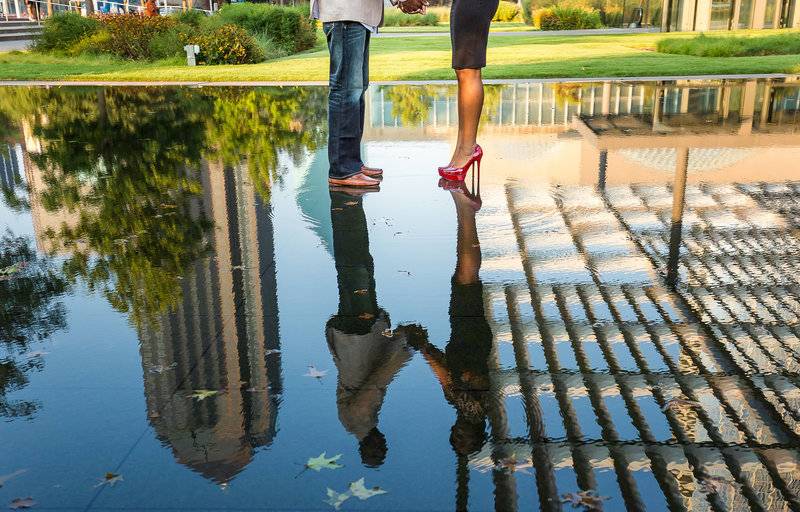 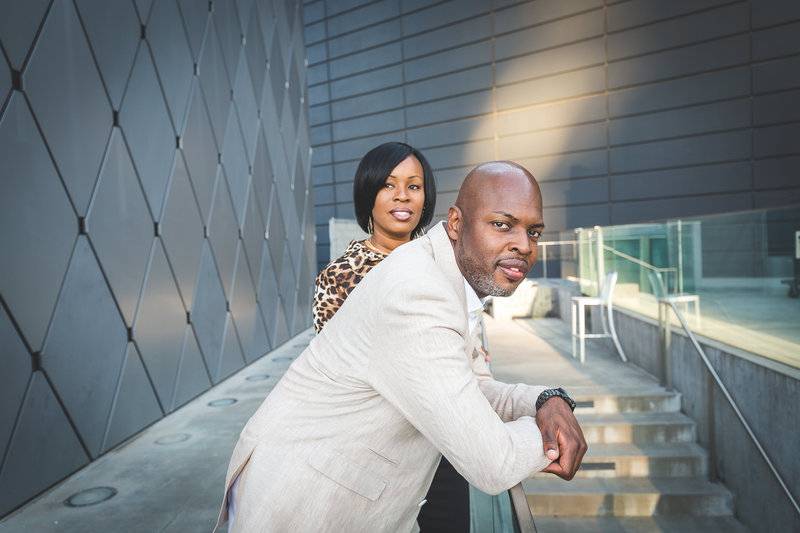 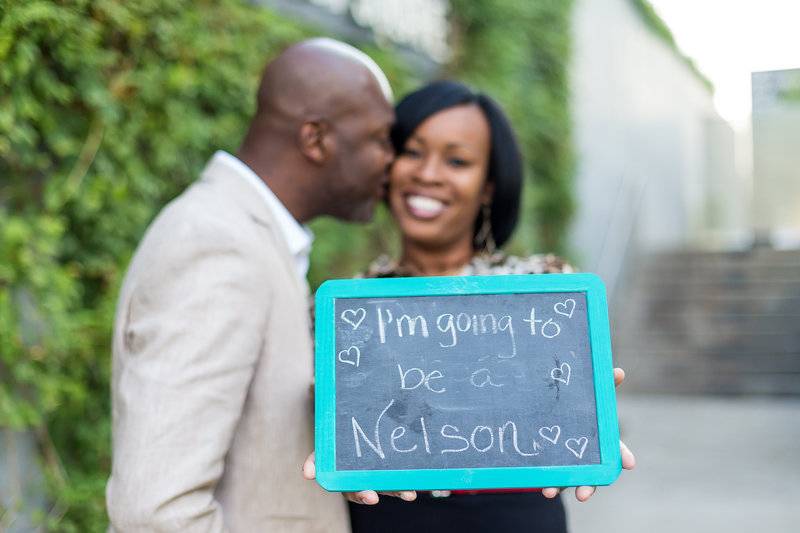 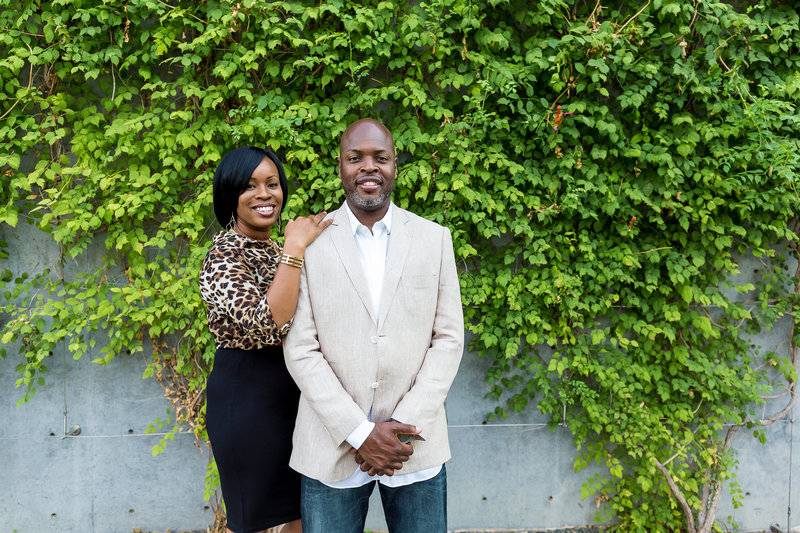 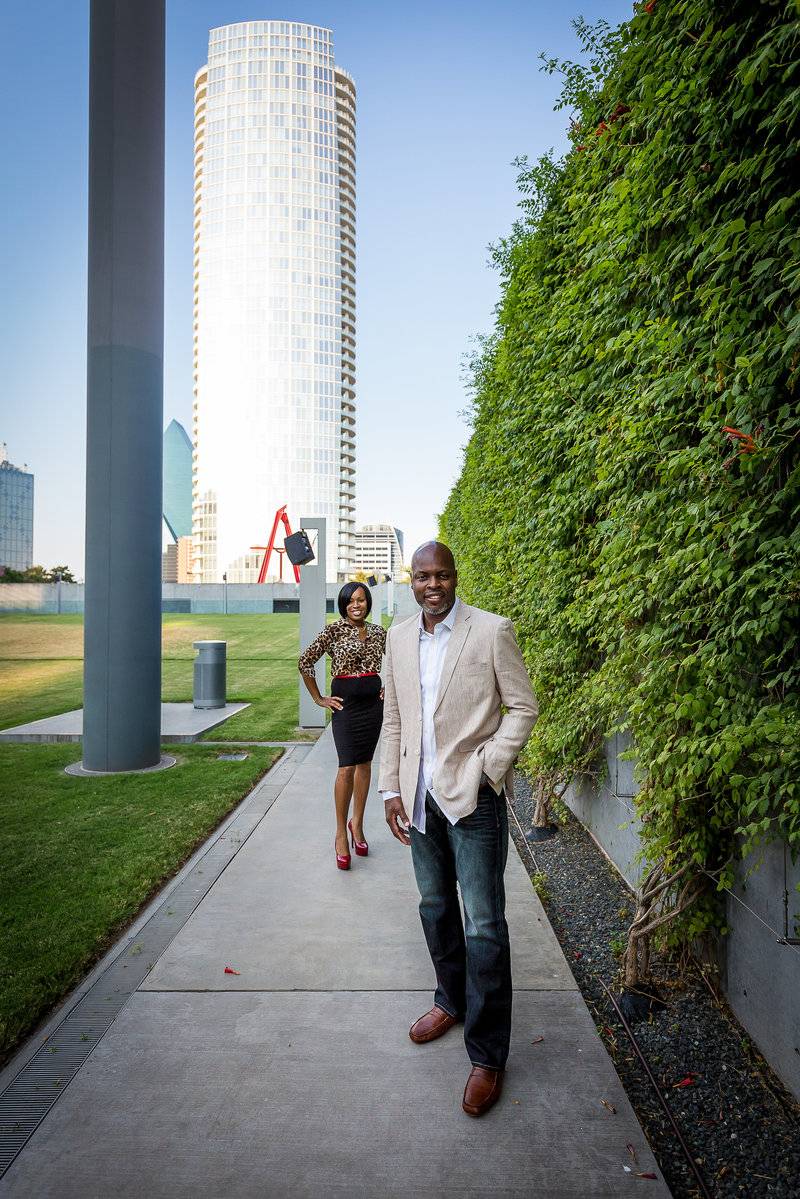 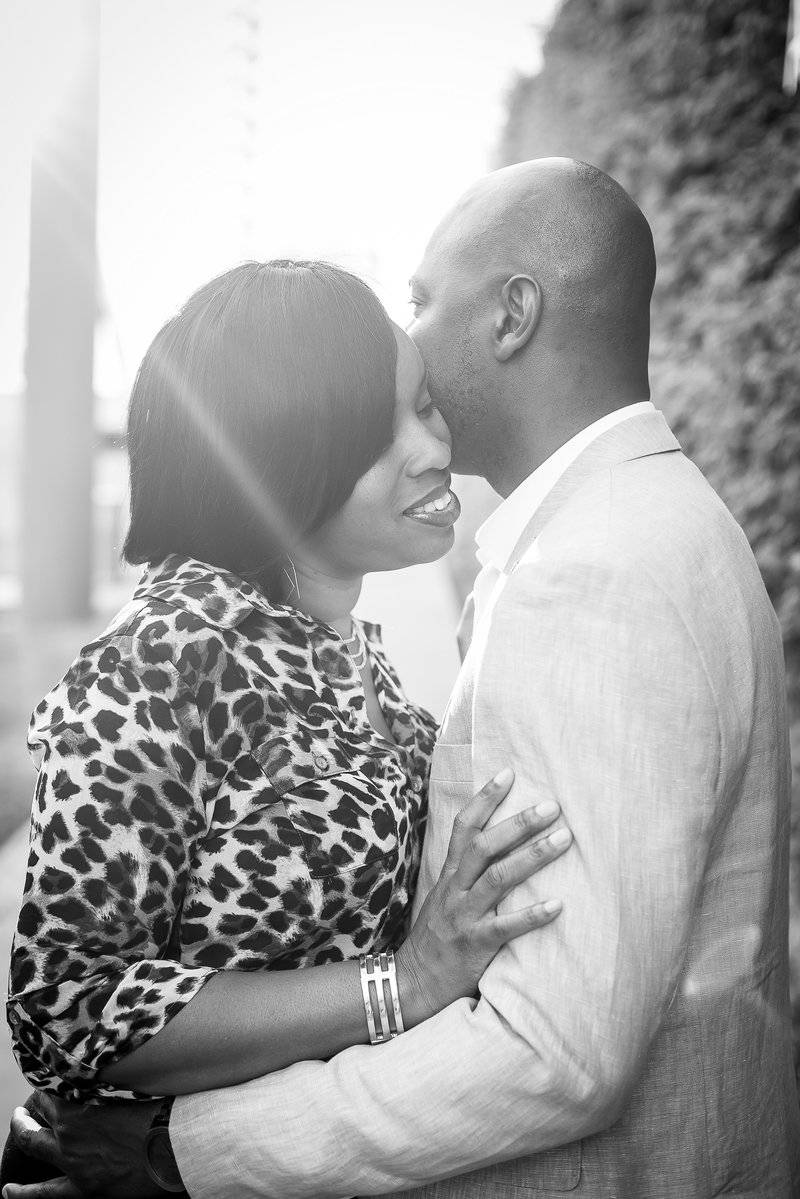 Bert spoke to Shauna several times about the possibility of forever. Shauna was a bit gun shy, but after Bert threw Shauna an amazing birthday party, she knew the only answer she could give was a YES. The night of her birthday party, Bert took Shauna outside alone and proposed in a simple but romantic manner, just as he knew Shauna would want.

Bert gathered a group of 9 of Shauna’s closest friends to ensure her birthday party and the engagement was everything he envisioned it to be. Shauna was not allowed to be involved in any aspect of the planning of her party, as not to ruin the surprise of the engagement. 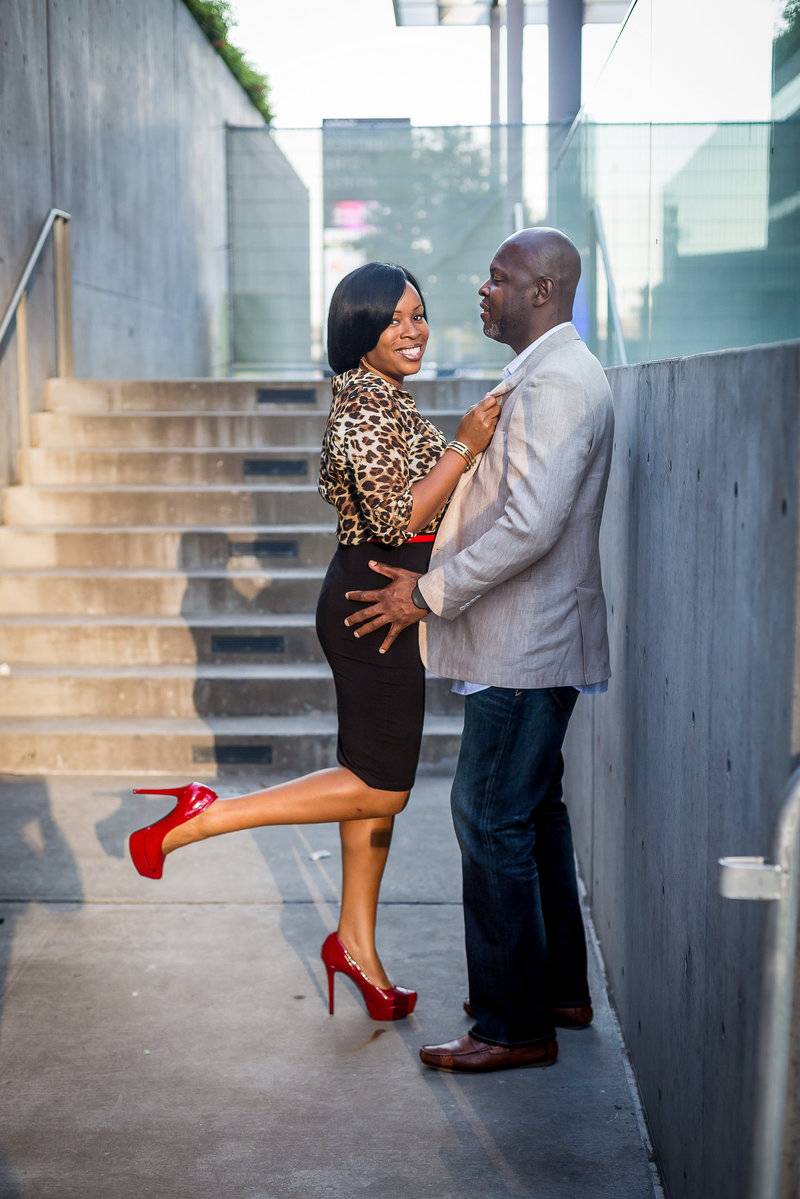 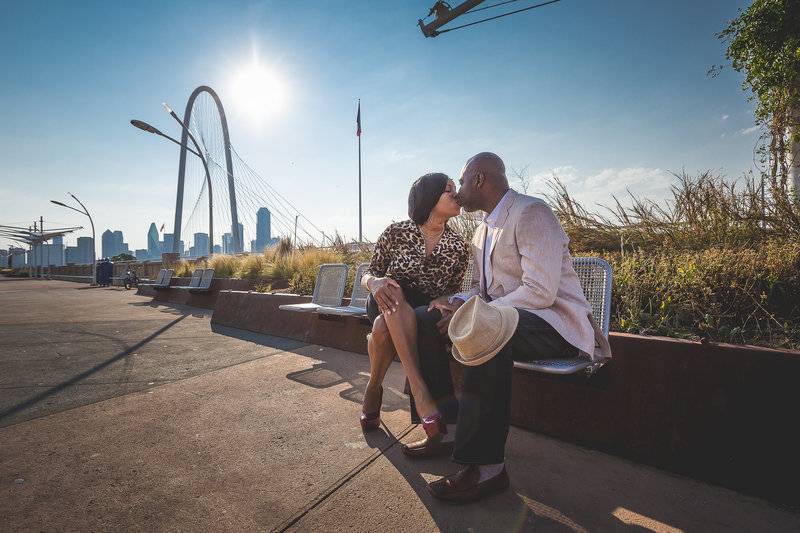 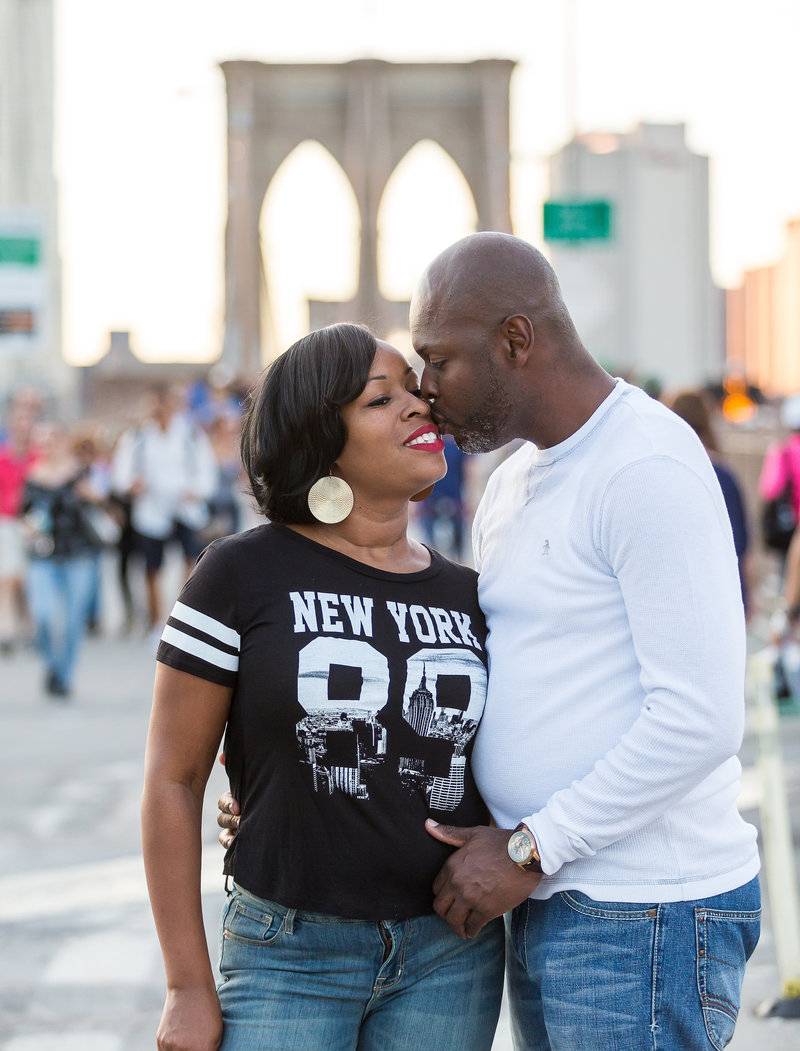 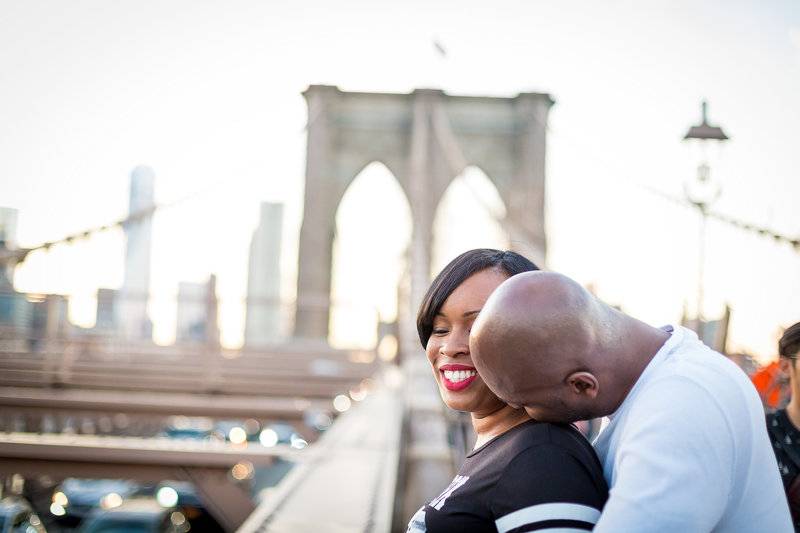 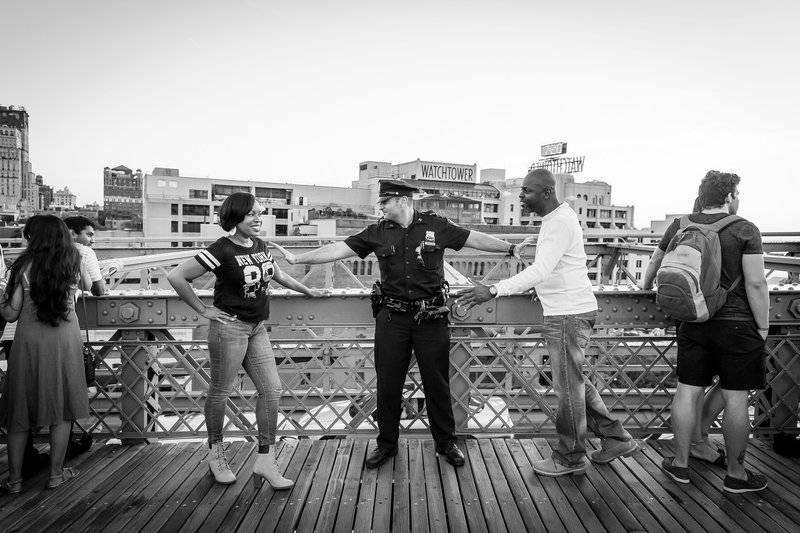 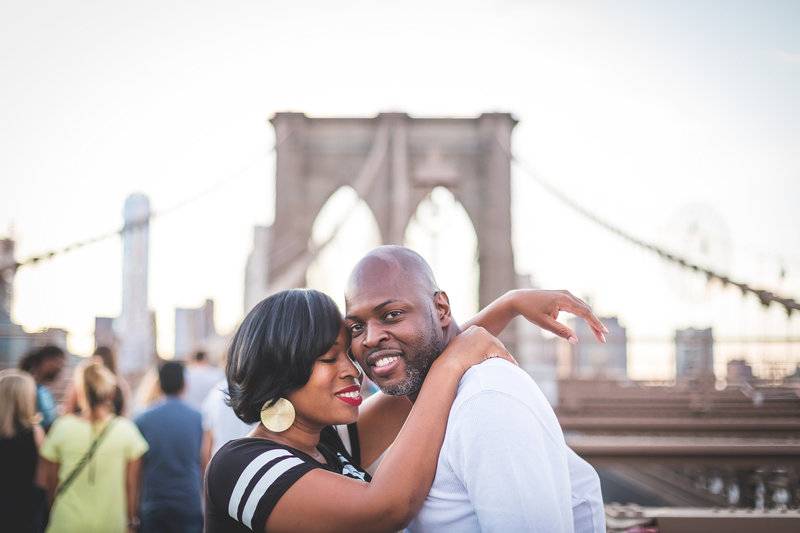 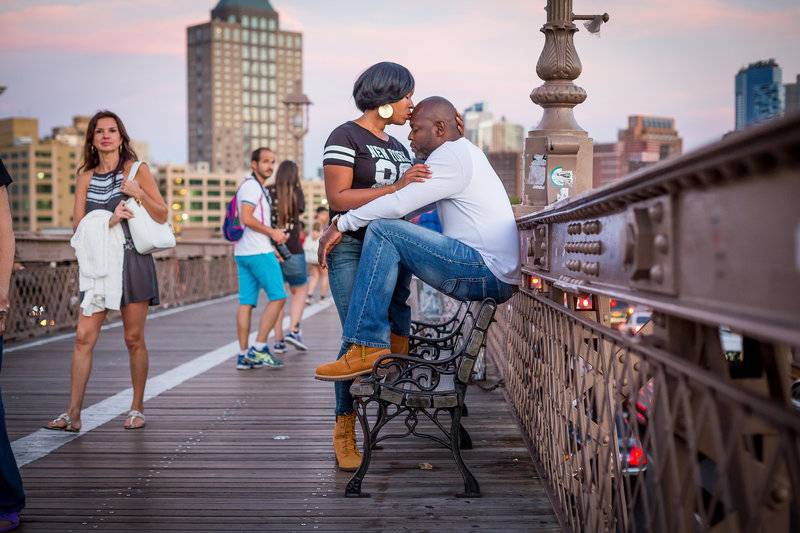 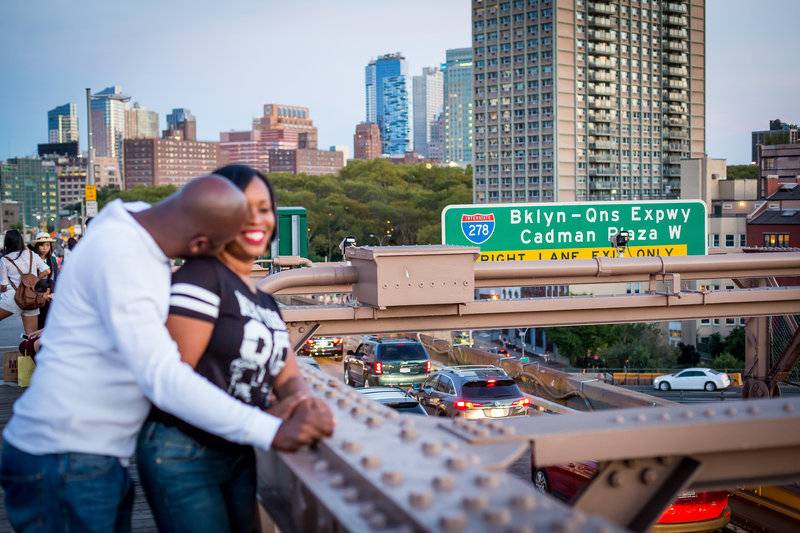 Our love is special because it is built on a separate past that perfectly formed us for one another. Two people are not more perfectly fit than us. We have a strong faith in God’s ability to do the impossible, in spite of what we have been through individually.

Bert is from New York, Shauna is from San Francisco, and they met in Dallas. It was decided to shoot in all three cities and to make sure a bridge in each city was included since we would be bridging our two lives together. 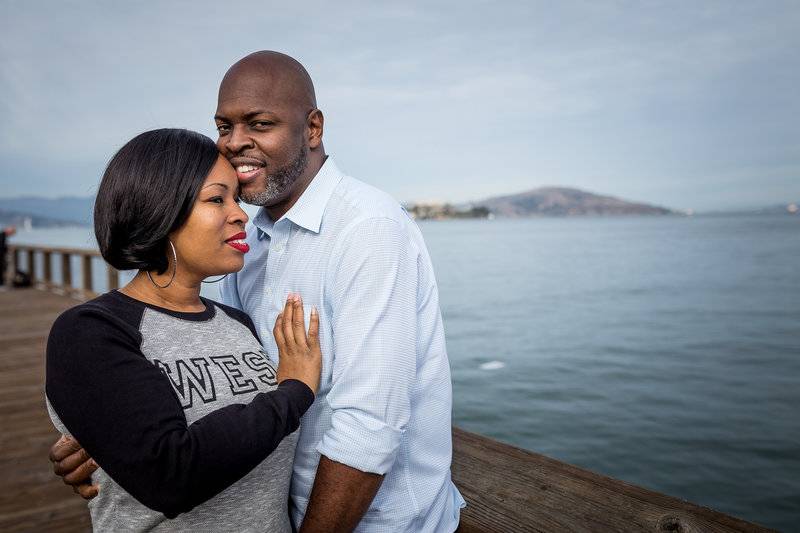 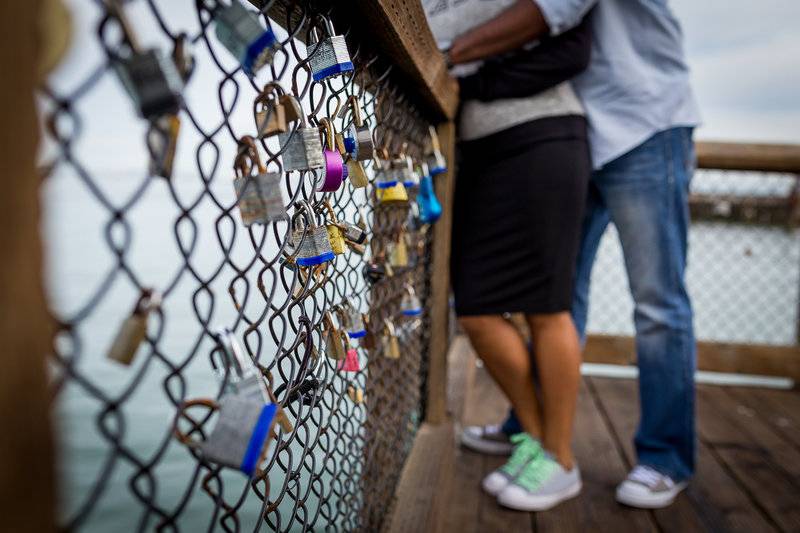 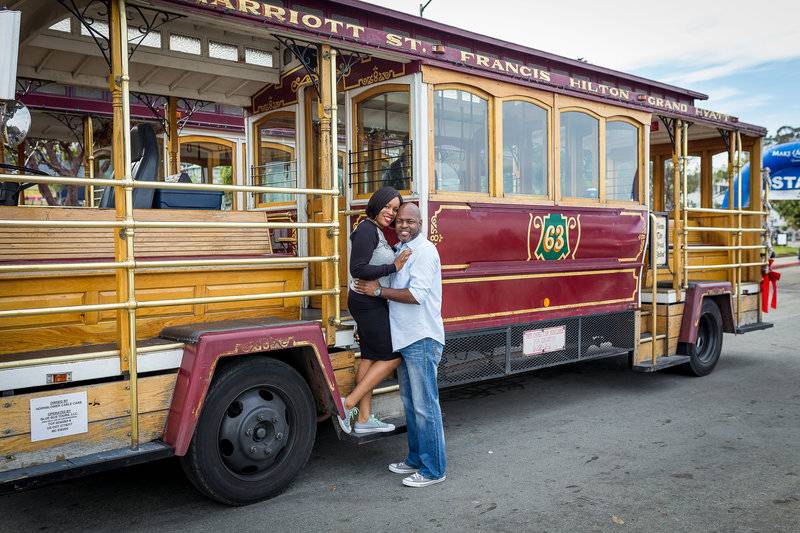 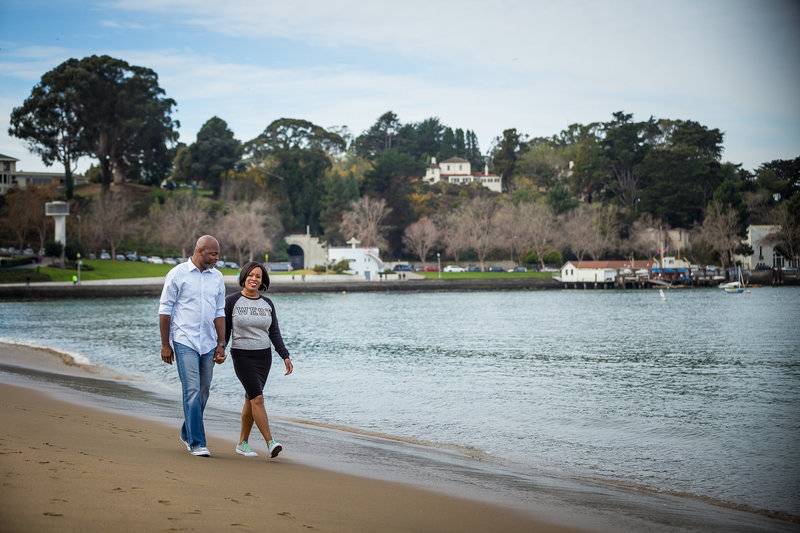 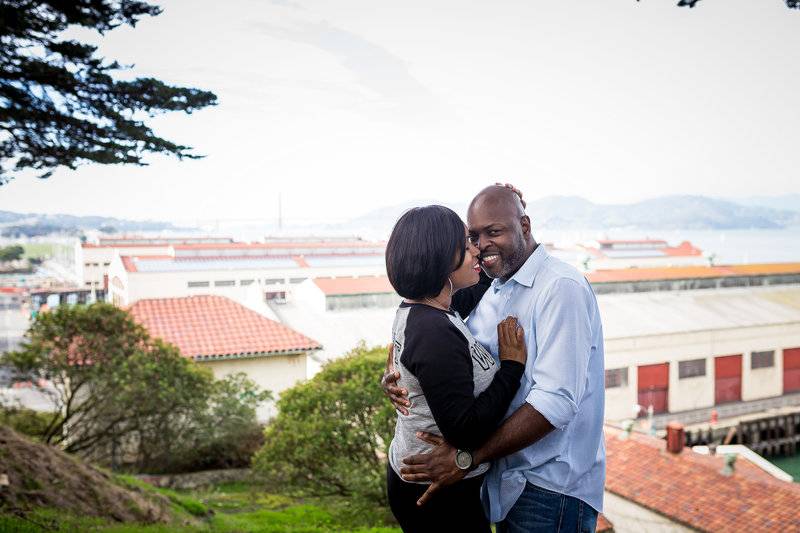 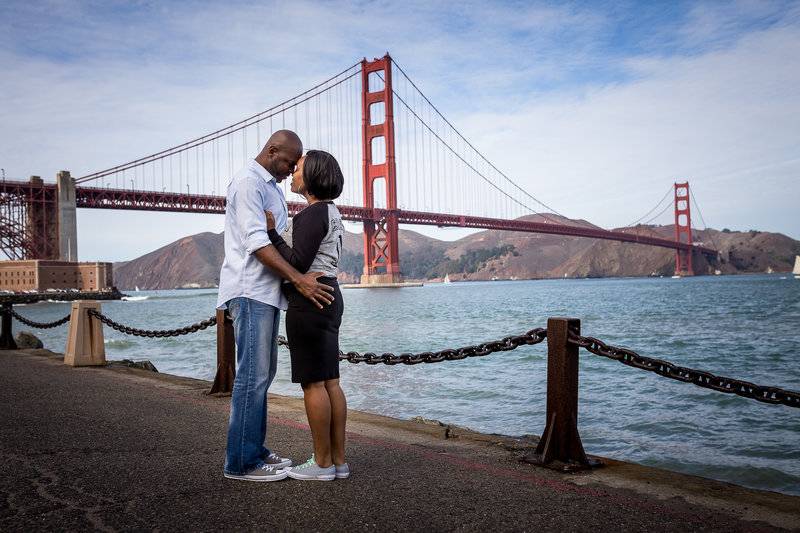 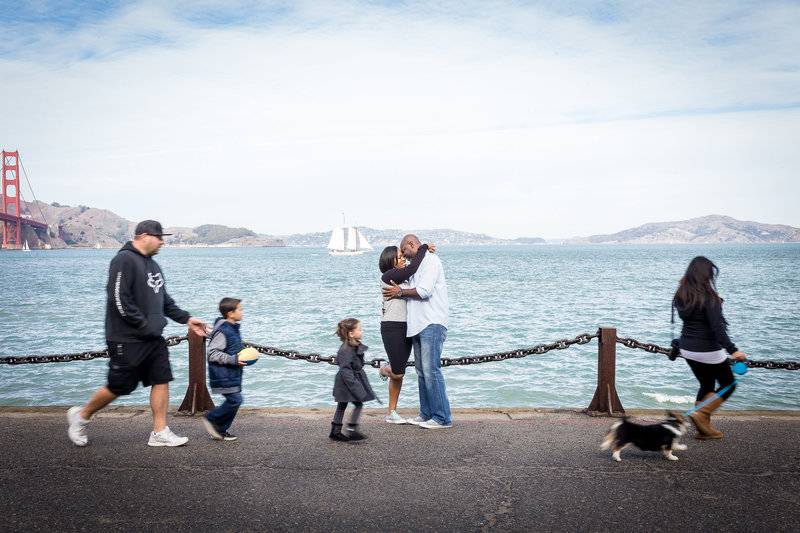 The West Indian Eastern Parkway parade was a big part of our photoshoot in New York. It was amazing for Shauna to be able to experience Bert’s Jamaican culture.

We are looking forward to bringing our two big families together as one.

Yes, Shauna is a wedding planner and coordinator and has had a blast planning their wedding.

Congratulations to the happy couple Shauna and Bert. We wish you a wonderful wedding and marriage.