The holiday season was truly filled with good cheer for a number of celebrities. We're excited to add RHOA castmate, award-winning singer-songwriter, and entrepreneur, Kandi Burruss to the list of newly engaged diva's. Kandi is now engaged to her boyfriend of over a year, producer Todd Tucker. Kandi accepted Todd’s proposal of marriage on New Year’s Day. 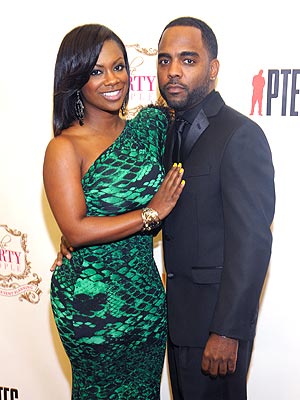 According to US Weekly Tucker, 39, popped the question on New Year's Day, during a New Year's celebration with friends at the couple's home in Atlanta. (Among the party guests was fellow Atlanta Housewife Phaedra Parks, who's currently expecting her second child with husband Apollo Nida.) After talking it over with Burruss' daughter, 10-year-old Riley — who gave him her blessing — he got down on one knee and proposed to his love of more than a year with a two-carat diamond sparkler by Gregg Ruth.

We wish the happy couple a life filled with love, joy, peace and happiness beyond the "I Do's!"