In 2016, Shakis and Lewis' paths intertwined at CrossFit Steadfast in Savannah, Georgia. Lewis was the new guy and Shakis was considered one of the OG's at the gym.  Working out in the same class, they began talking all the time. Eventually, their conversations at the gym led to conversations outside of the gym and on September 1, 2018, the two friends decided to officially become a couple.  See more from their engagement session captured by our Bridal Suite member, Wooten Photography. 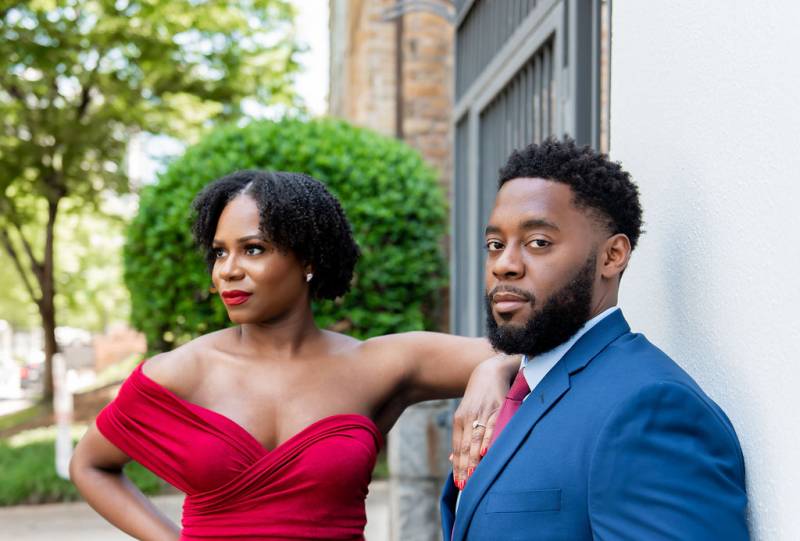 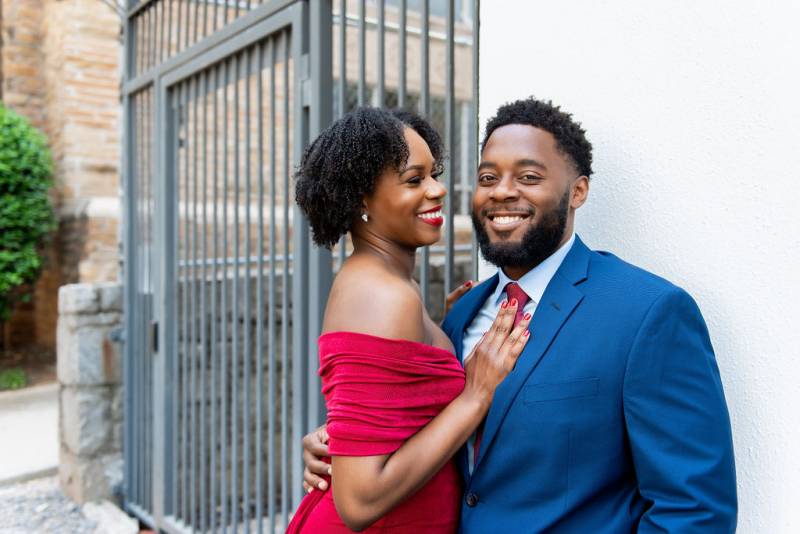 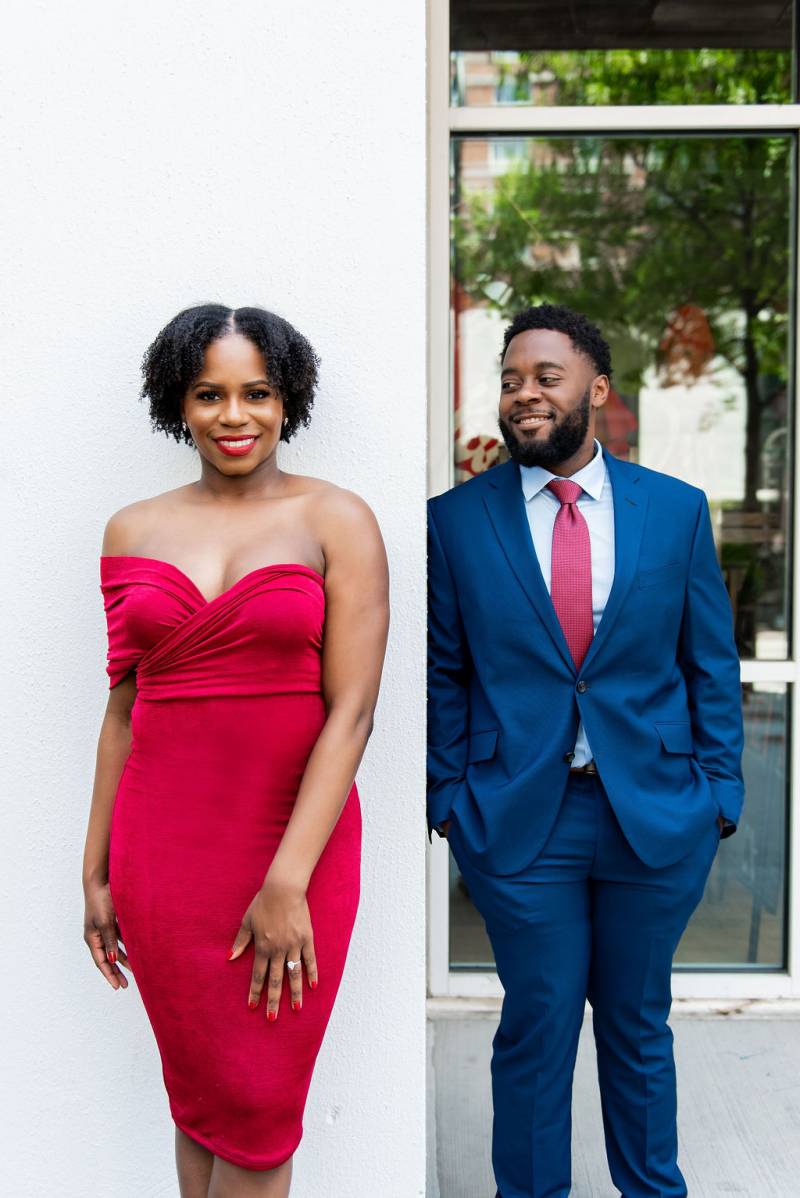 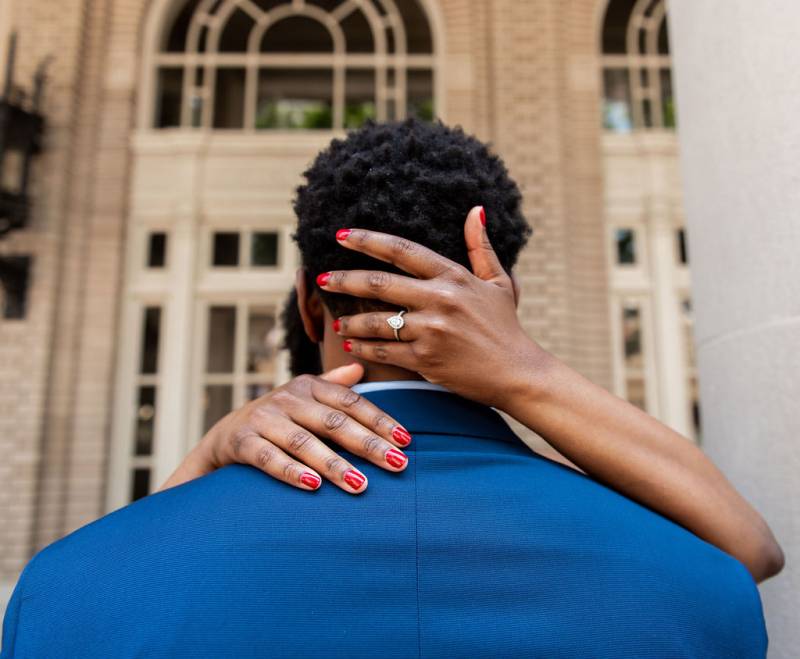 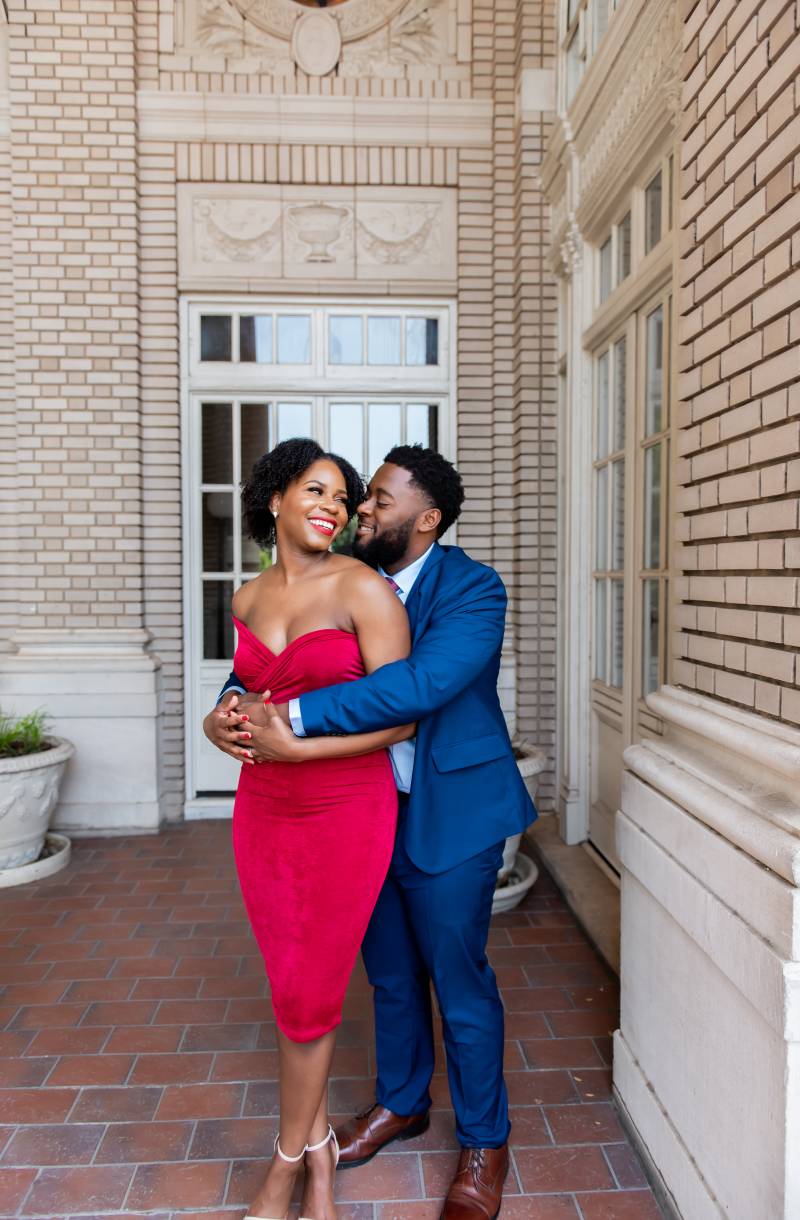 Lewis:  I wanted to propose to Shakis in the city where we had met, Savannah. Because we had plans to visit with my family in Savannah, Thanksgiving break would be the perfect time to pop the question. I had laid out the plan a few weeks and it was time to put it into action. It was the day after Thanksgiving where we went downtown to eat brunch at a Savannah restaurant where we had had our first date. Once brunch was over, we decided to head to River Street to check out the new restaurants and attractions in the area.  As we were walking, I pretended to be surprised at bumping into my friend, Jake.  Jake is the owner of a pedicab business.  I suggested taking a ride in the pedicab to get to River Street faster. Shakis agreed and we were on our way. After we were dropped off, we spent a few hours on River Street, checking out the restaurants and riding on the ferry. After disembarking the ferry, I texted Jake to letting him know that we were ready to be picked up for a ride back to our car.

Once we arrived at the car, I suggested going to one of the Savannah Squares to take some pictures.  While Jake was taking our pictures, he would also secretly record the proposal that was about to happen.  I got down on one knee and asked Shakis, "Well what are you going to do?" I was so nervous; it didn't occur to me that I had forgotten to ask the real question.  Shakis replied, "Well you have to ask me!" (with excitement all over her face). Then, I asked, "Will you marry me?" and she said, "YES! "

Pre-COVID, I was already thinking about proposing to Shakis.  Once COVID hit, I realized that I needed to stop procrastinating and propose. After a friend's wedding, that's when I made the decision to look for the perfect ring.

In October 2020, Shakis and I went to New York to visit her family.  During our time, I asked her father and mother for permission to marry her. They both said yes and were also excited.  Now it was "go" time.   I knew that I wanted to plan something simple, yet meaningful to the both of us. I also know that Shakis can detect when something is out of the ordinary.  I had to make the day feel as close to normal as possible.

Shakis: We can truly be ourselves around each other.  I know that Lewis is a talker. He can ramble on and on about anything and everything and I will sit and listen to him for hours.  Someone might think it's annoying, but I don't.  I know that's who he is.  Plus, I think it's sexy when he starts sharing random knowledge.  Lewis loves me, flaws and all.  Lastly, he gets along with my brother who is special needs and my brother get along well with him.  This means the world to me.

Lewis:  I agree with Shakis. We can definitely be ourselves around each other. I always told myself that I was going to find someone that entertains my ramble just like my mama does and that is Shakis.  Also, no matter how dramatic (she's a Leo) she can be, I still love and adore her.  I actually think it's cute.  We are both big on all things healthy: working out and eating nutritious meals.

Shakis: The theme for our shoot was modern/minimalistic. I also wanted to showcase my beautiful natural hair that Lewis adores so much. 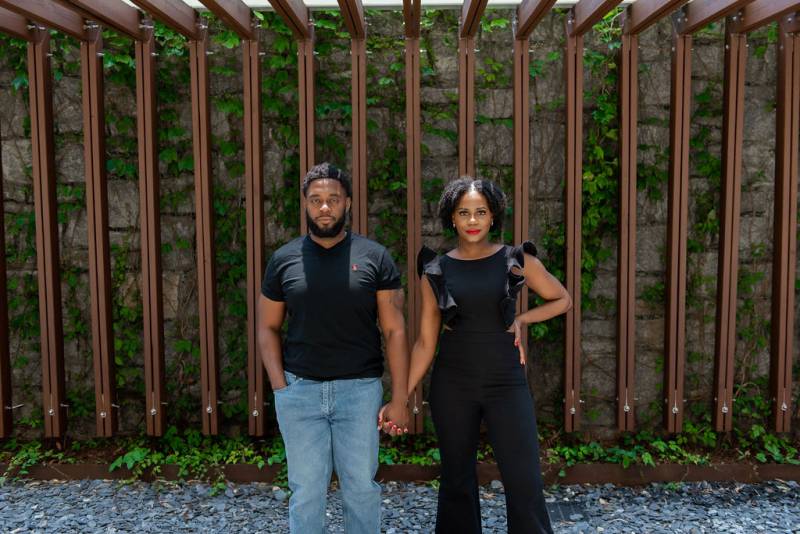 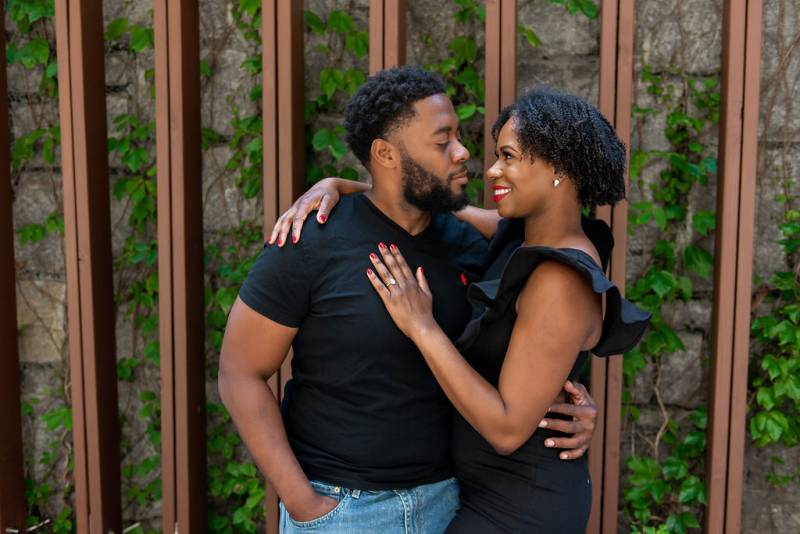 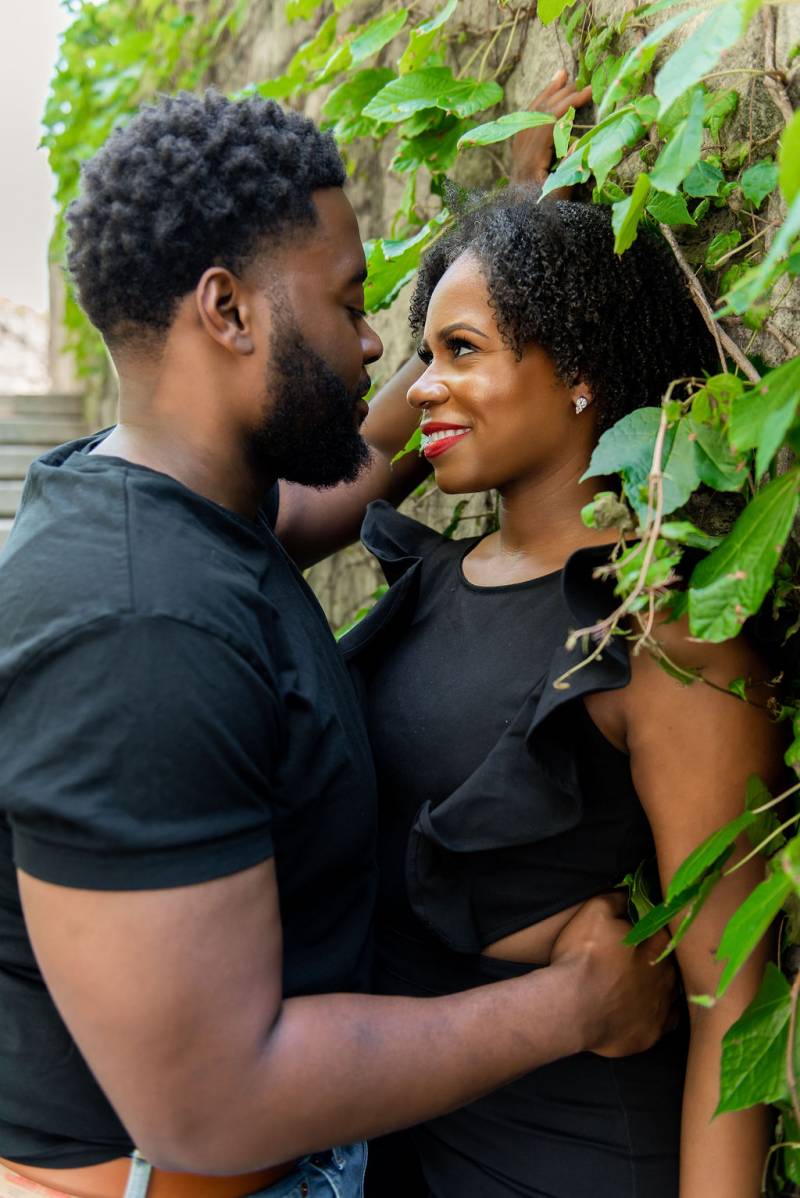 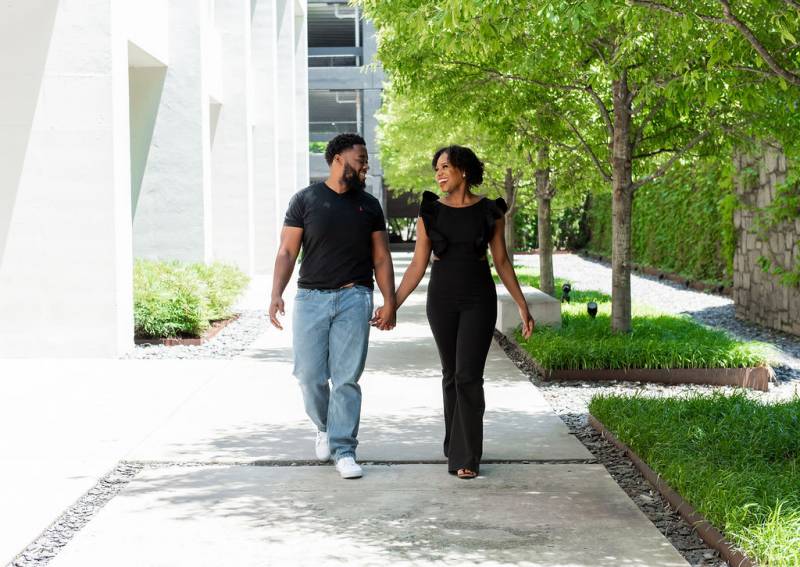 The whole day was literally PERFECT! Planning months in advance of what we were going to wear to the location of the shoot paid off. Our vision came to life with the assistance of our photographer, Jo Wooten. She made us feel comfortable by playing music, providing us with tips on how to pose, and being our hype woman.

The pastor saying, "now I pronounce you husband and wife". Being surrounded by our family and friends. Partying all night long!

Yes, we have! We have gotten so much done from our checklist within these first 4 months of our engagement.