A Romantic and Chic Engagement Session in Alabama

In August 2017, Amanda was a third-year medical student in Rochester, New York and Titus was visiting the city to play in Gateways Music Festival. Amanda decided to shoot her shot by "super liking" his profile on Tinder which led to them exchanging messages and going on their first date two days later.  Right away, they both felt a strong connection and spent much of that first weekend together. Titus admits telling his friends after that first night that he had met his future wife, and now the couple prepare to spend the rest of their lives as one! Check out their chic engagement session captured by YNOT Images. 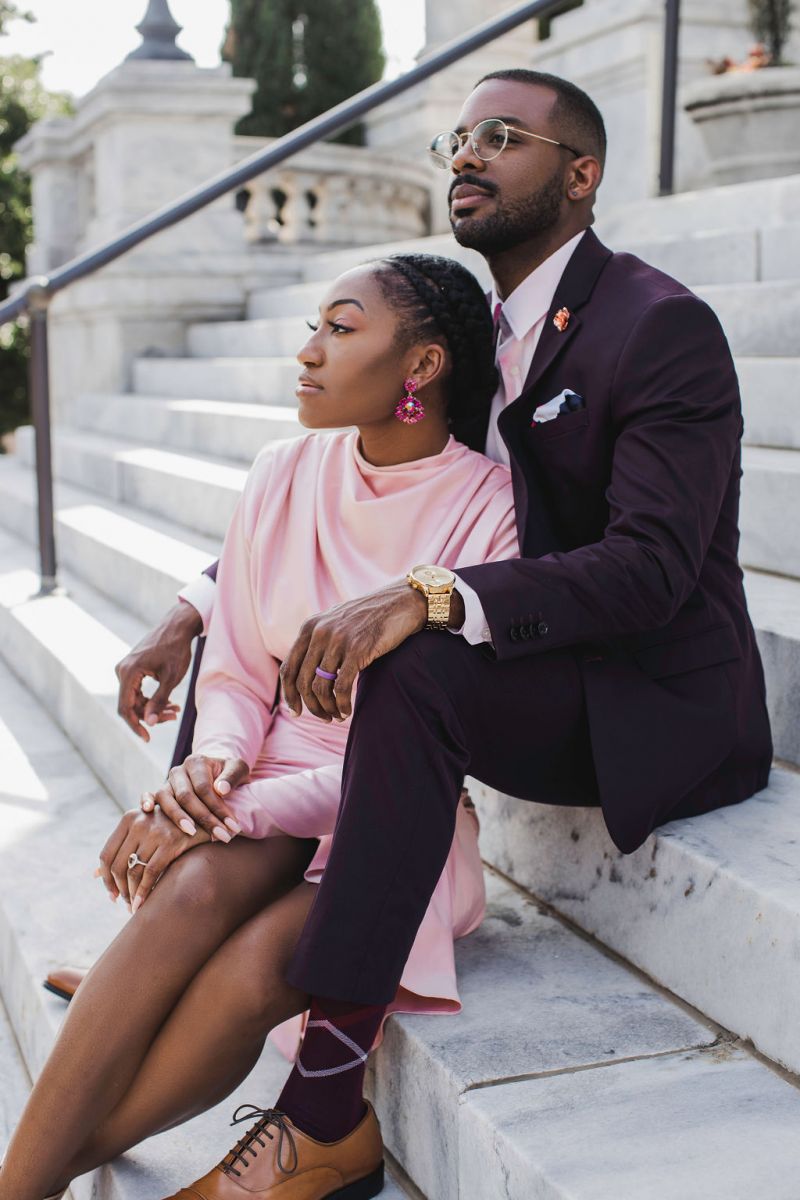 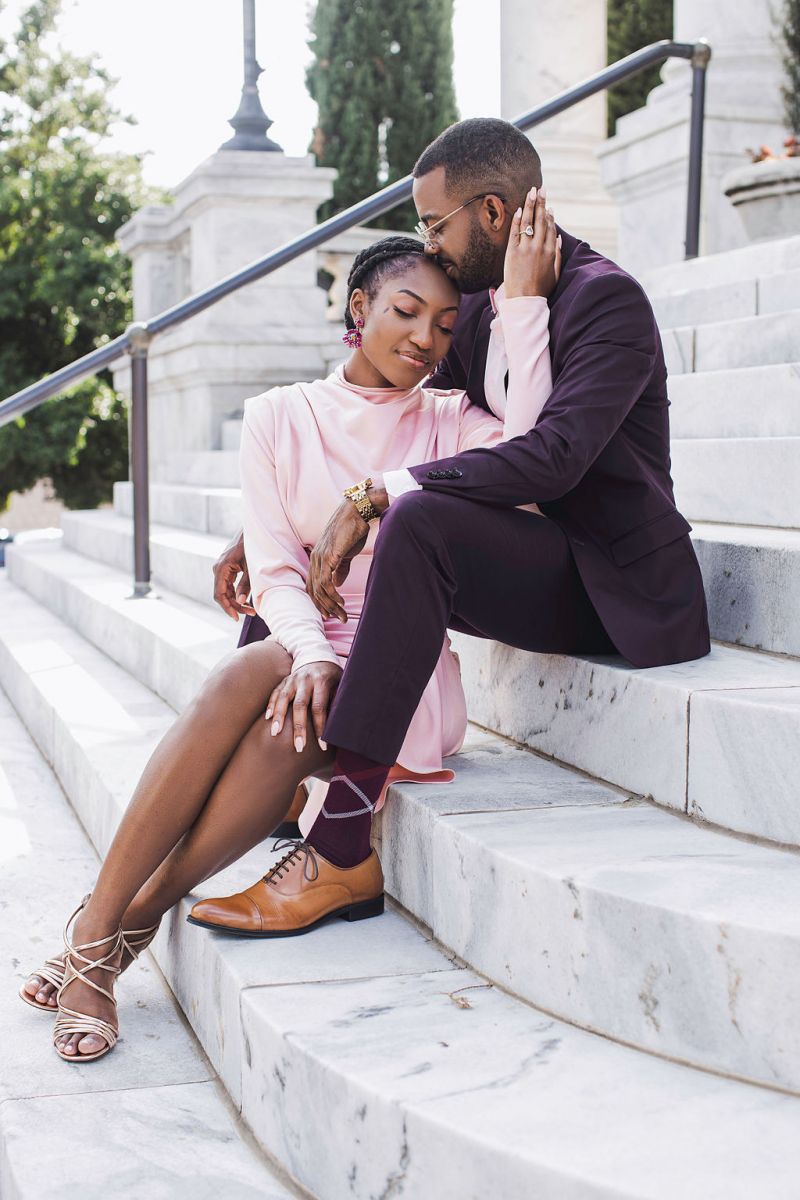 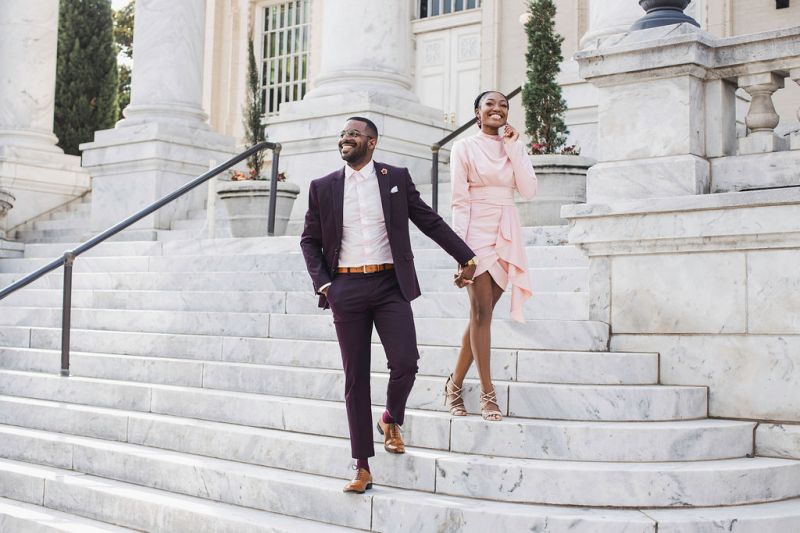 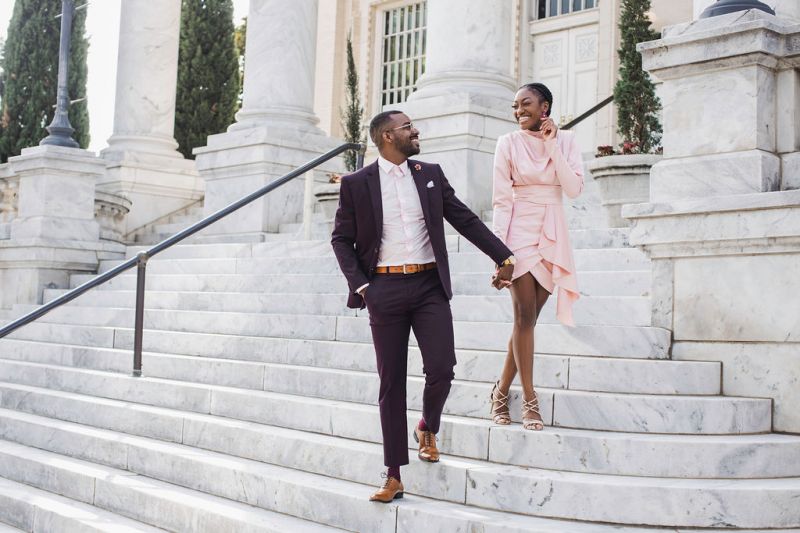 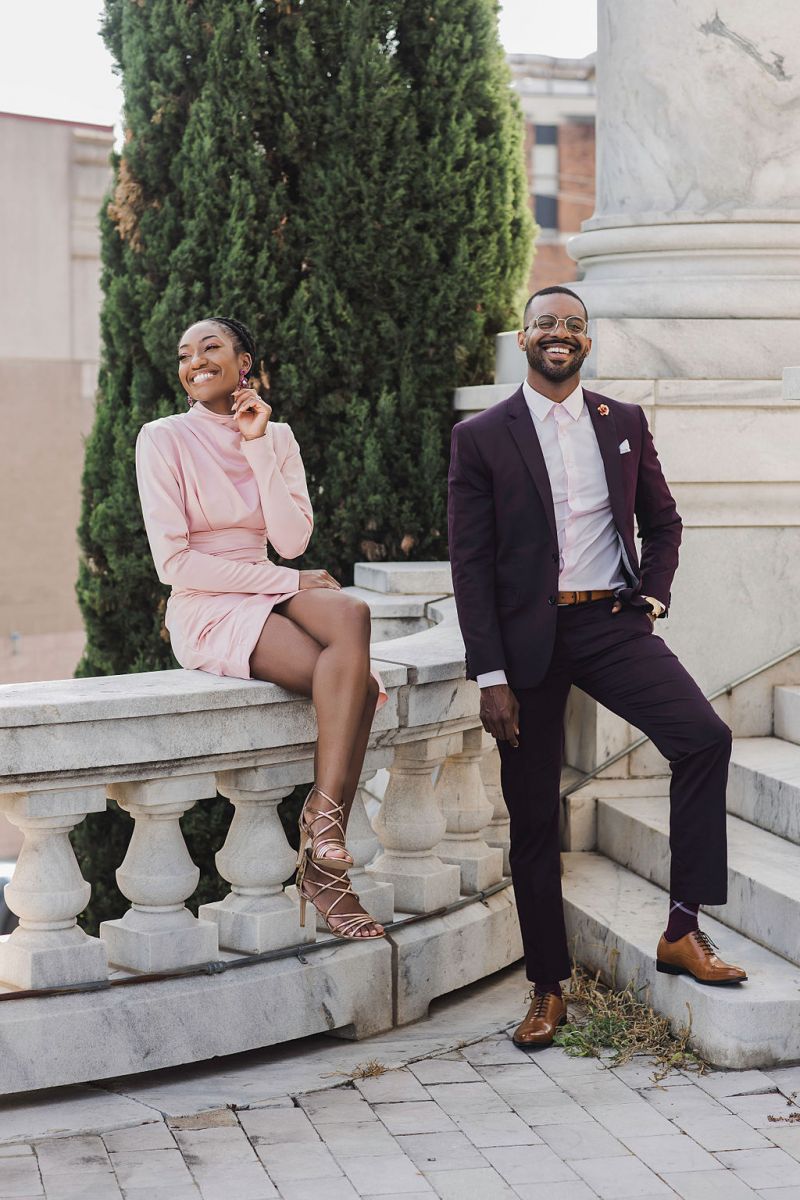 In 2018, a few weeks before Christmas, my mother called me to say that she was thinking of throwing a holiday party. Immediately, it made me suspicious because my mother does not throw holiday parties! My best friends from my childhood, my aunts, cousins, and family friends from the church are all in attendance. But I'm still thinking, 'No. There's no way. I'm being crazy.' My mother asks Titus to play a piece for everyone. He chooses something I've heard him play a million times before. When he finishes playing, he begins a speech about some of the hardest challenges he's faced over the year and how I've stayed by his side, and then finally how the party was a surprise party! Then the tears start flowing as he calls my father over to him, small black box in hand. My family and friends were screaming so loudly when he opened that box and he was so nervous; he slipped the ring on my finger before I could even say yes!

First, I had to get the ring. It took me about two months to get everything just right! I knew how important it was for her family to witness such a special moment, and what's special to her, is special to me. Her mother and I thought it would be good to do it during the holiday season because it was easiest to have all of her friends and family around then. So, her mother and I planned a "holiday" party! I stalled quite a bit during the party because, I was nervous, and didn't want to give any impression that it was in fact an engagement party. It is very hard to keep a secret from Amanda! So, before I proposed, I played a tune for everyone there, then I got on one knee and proposed. It was a beautiful moment!

What makes your love special? We see each other as best friends! We support each other during ups and down, highs and lows. Our connectedness makes us feel seen in such a way that we feel as we are one 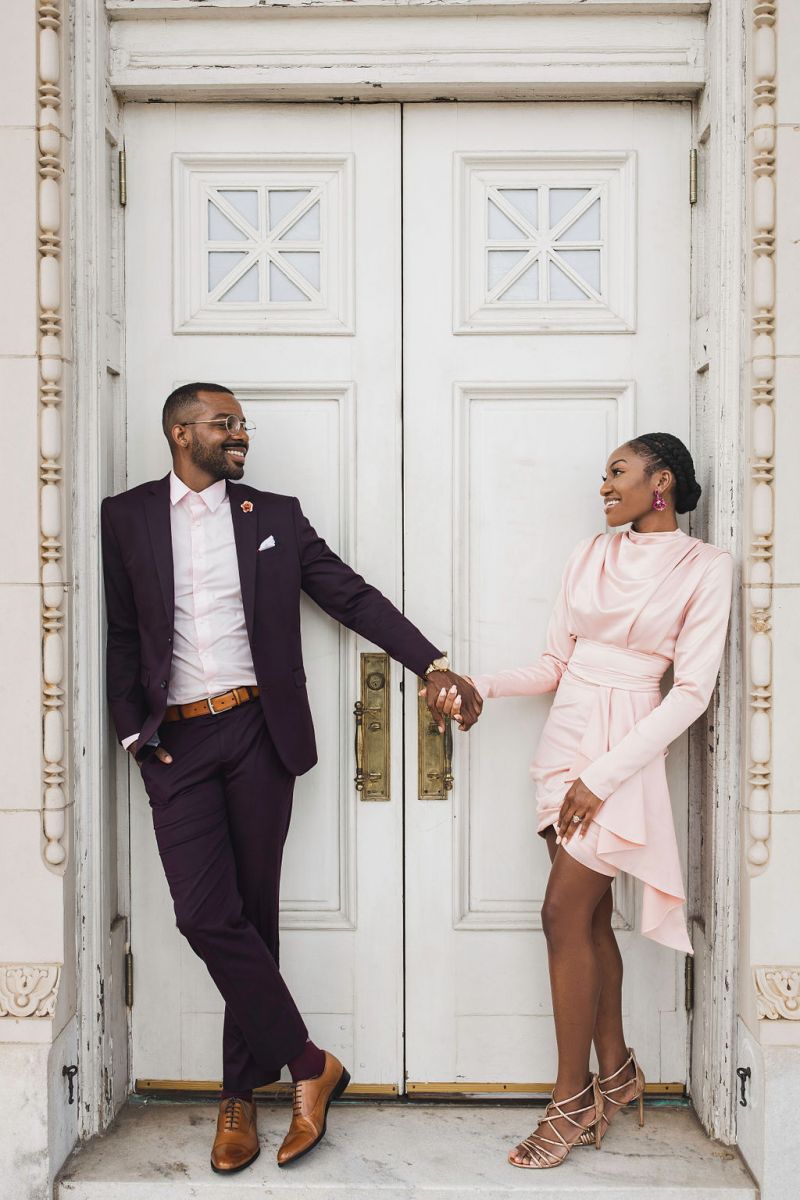 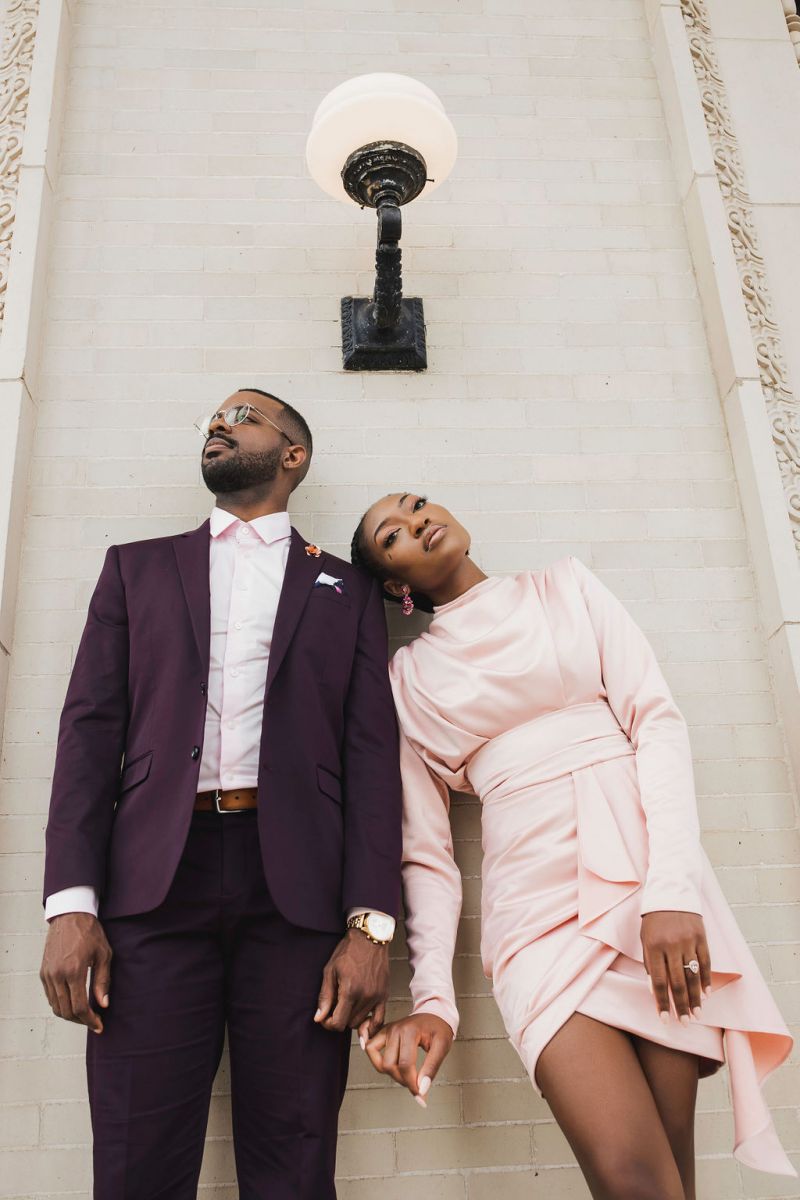 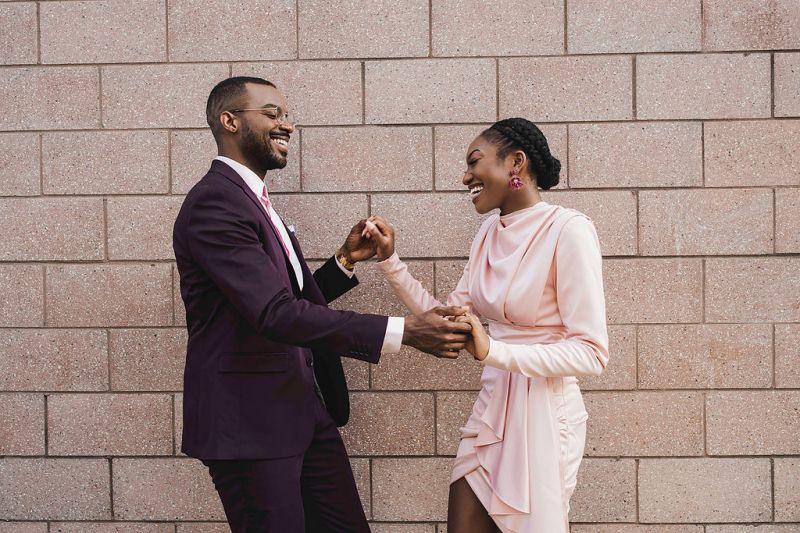 We get dressed up often for symphony events, so we didn't want to look very formal during our engagement session, but we still wanted some glamourous shots. It was also important that when we saw the photos again, the love and adoration we have for each other shines through. We want to be able to show our grandkids how hot and in love we were even in our youth some day! Our photographer, YNOT Images was amazing and really captured this vision.

It was so fun and natural. Our photographer really made us feel comfortable and beautiful. It was also memorable because this was when the curfews were being enforced. It was a such a crazy juxtaposition, to have this beautiful day in the midst of chaos. 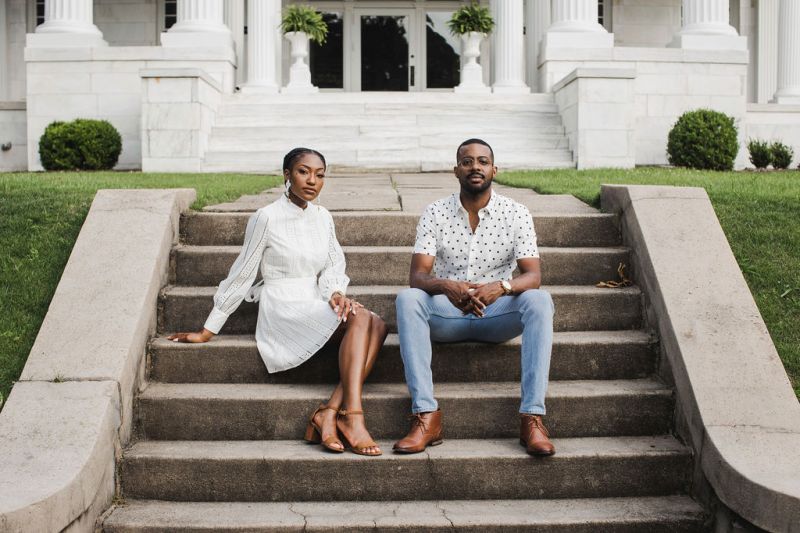 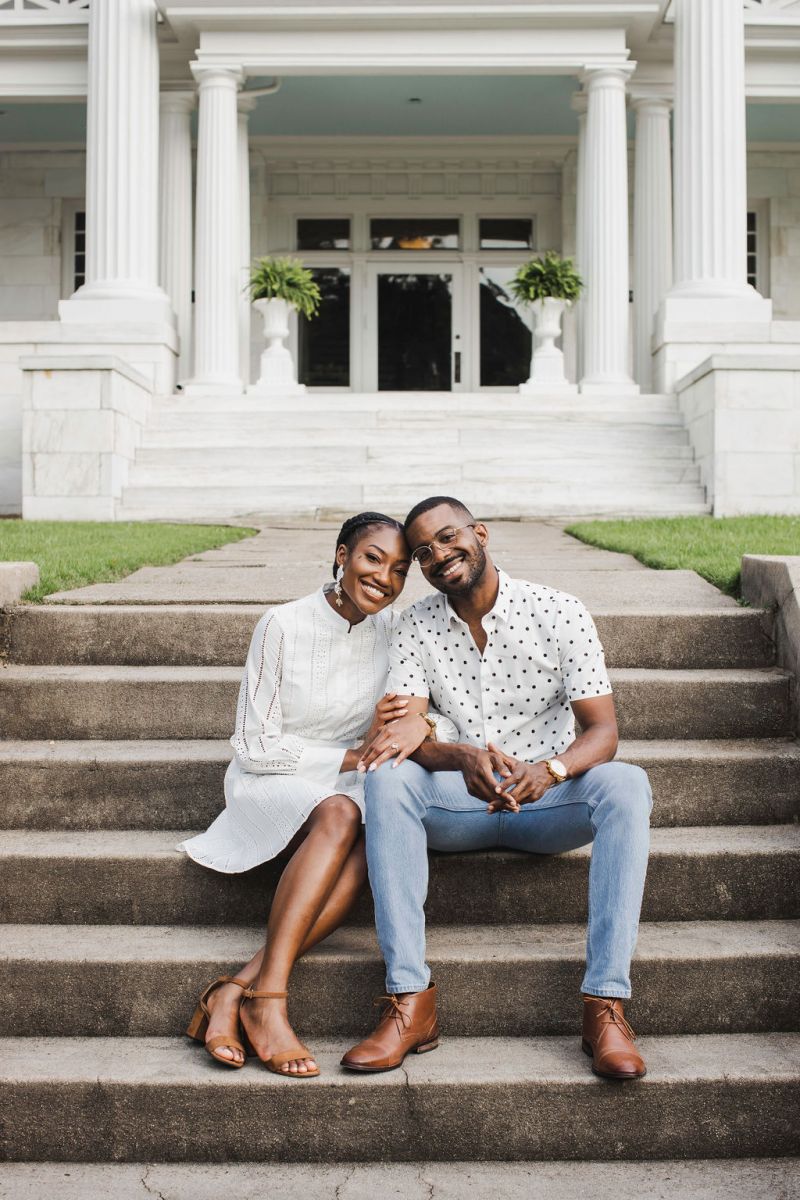 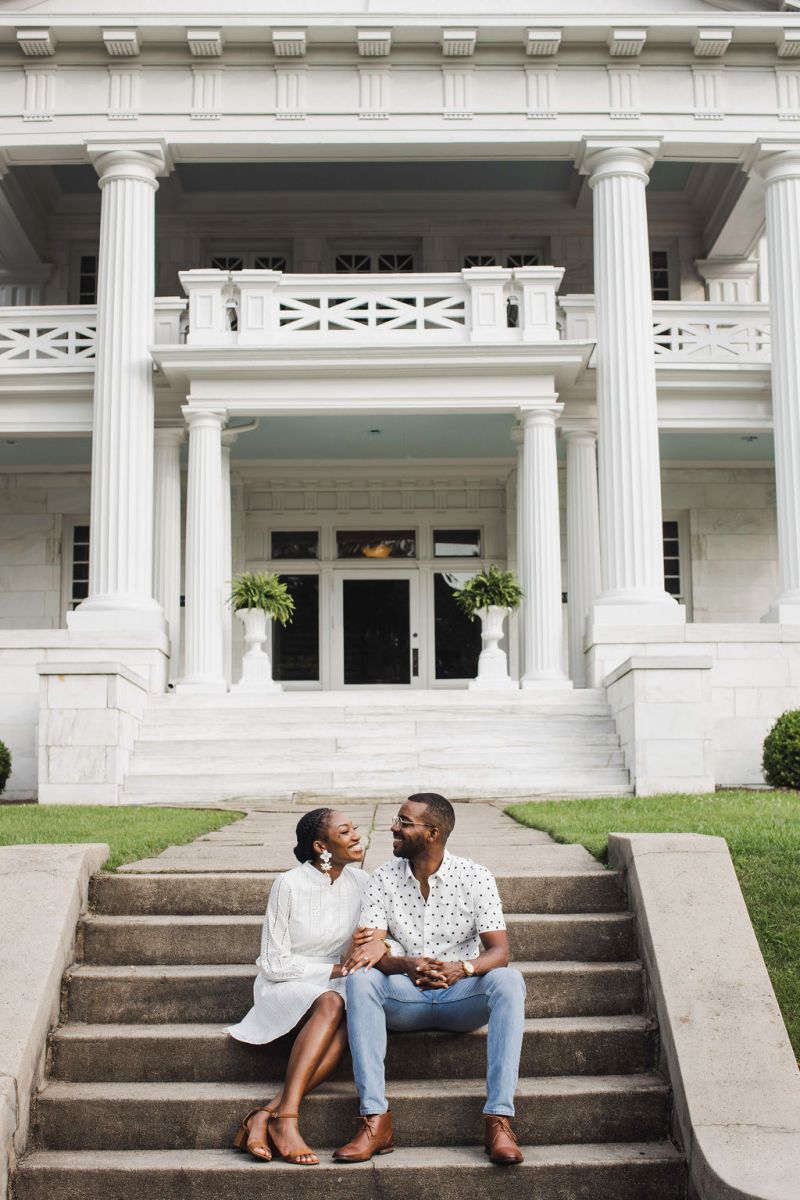 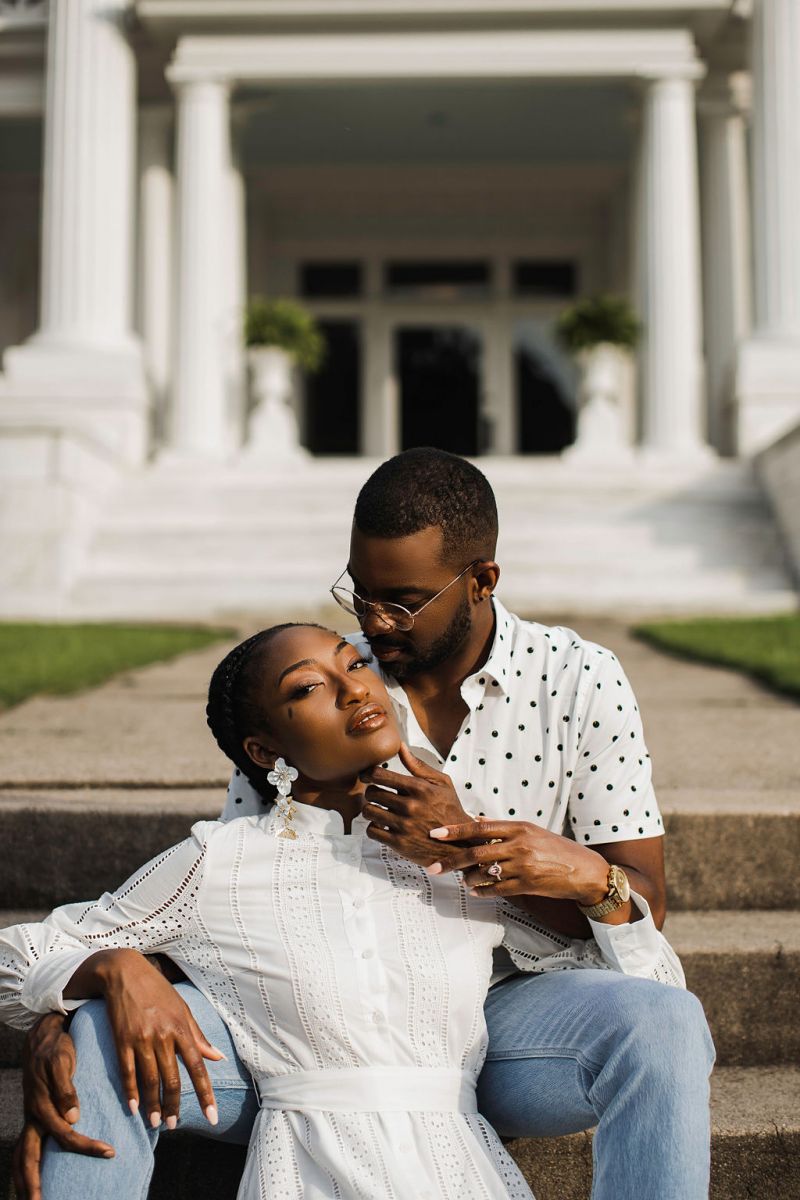 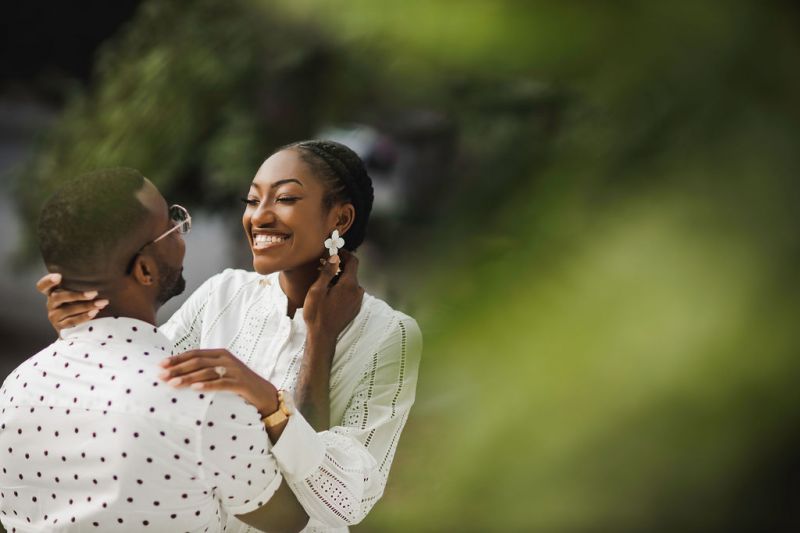 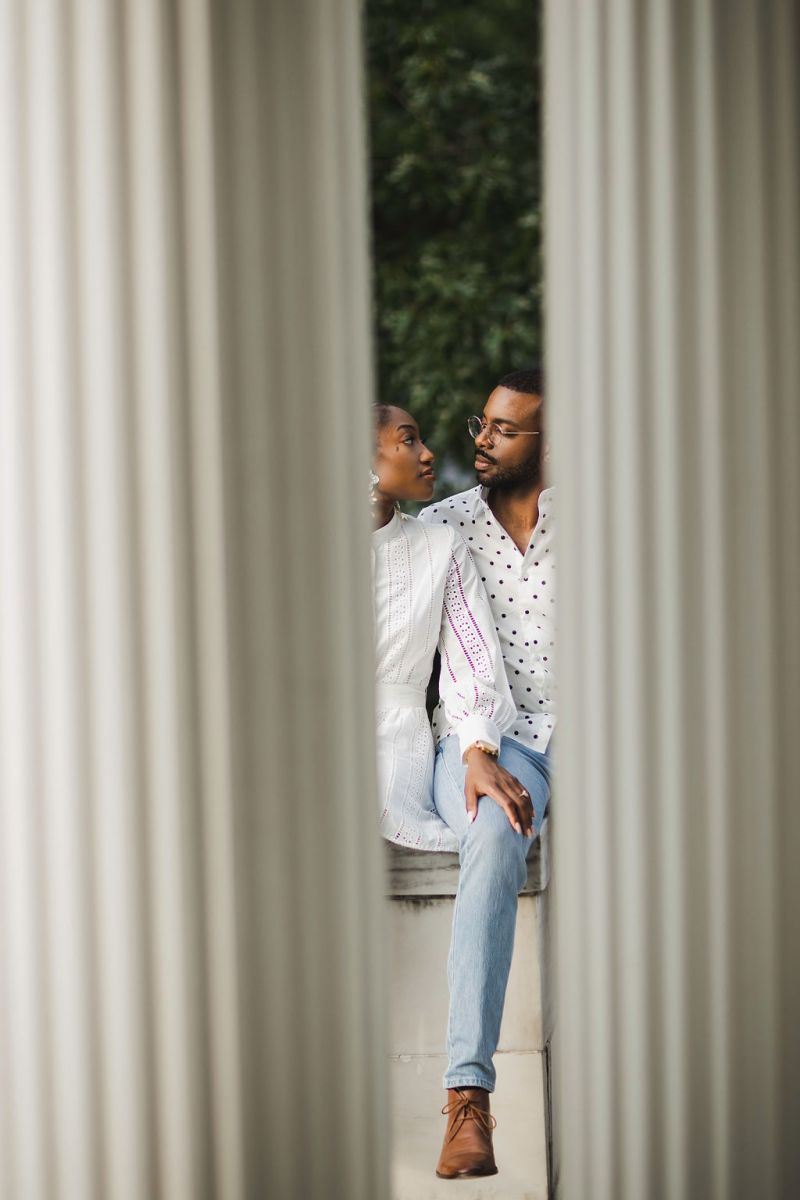 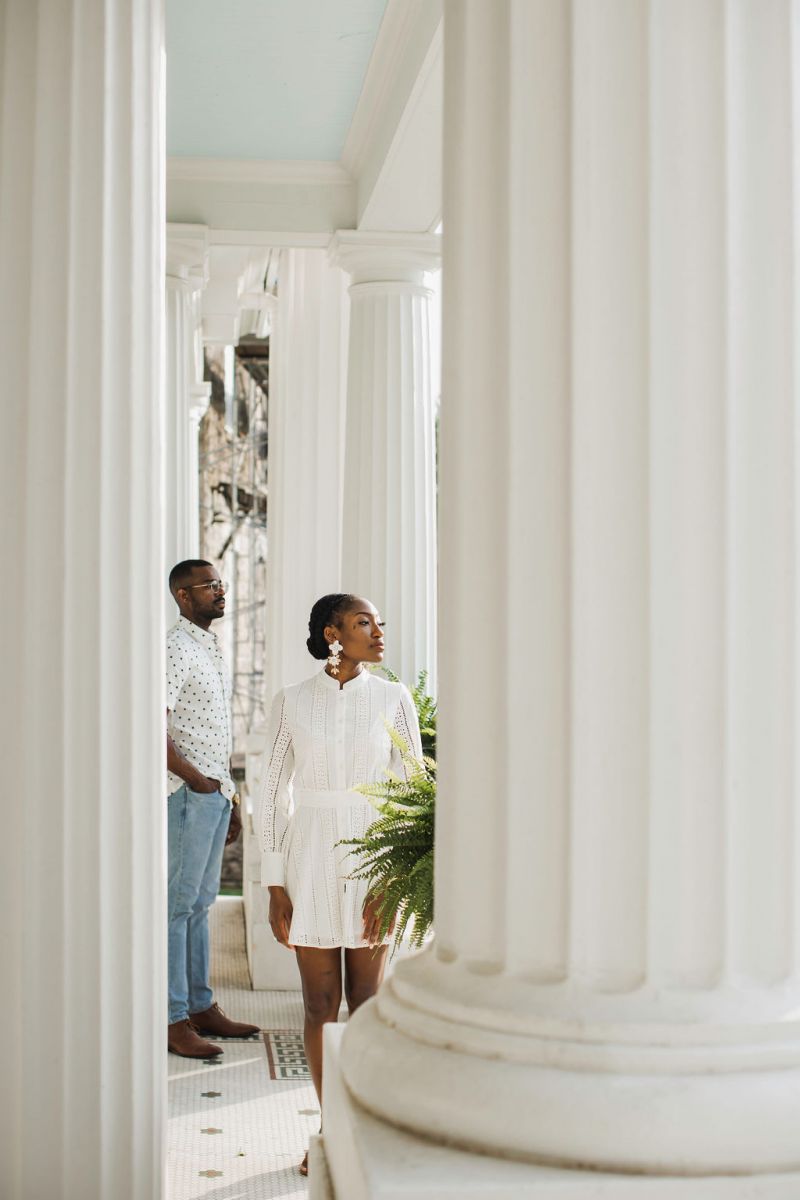 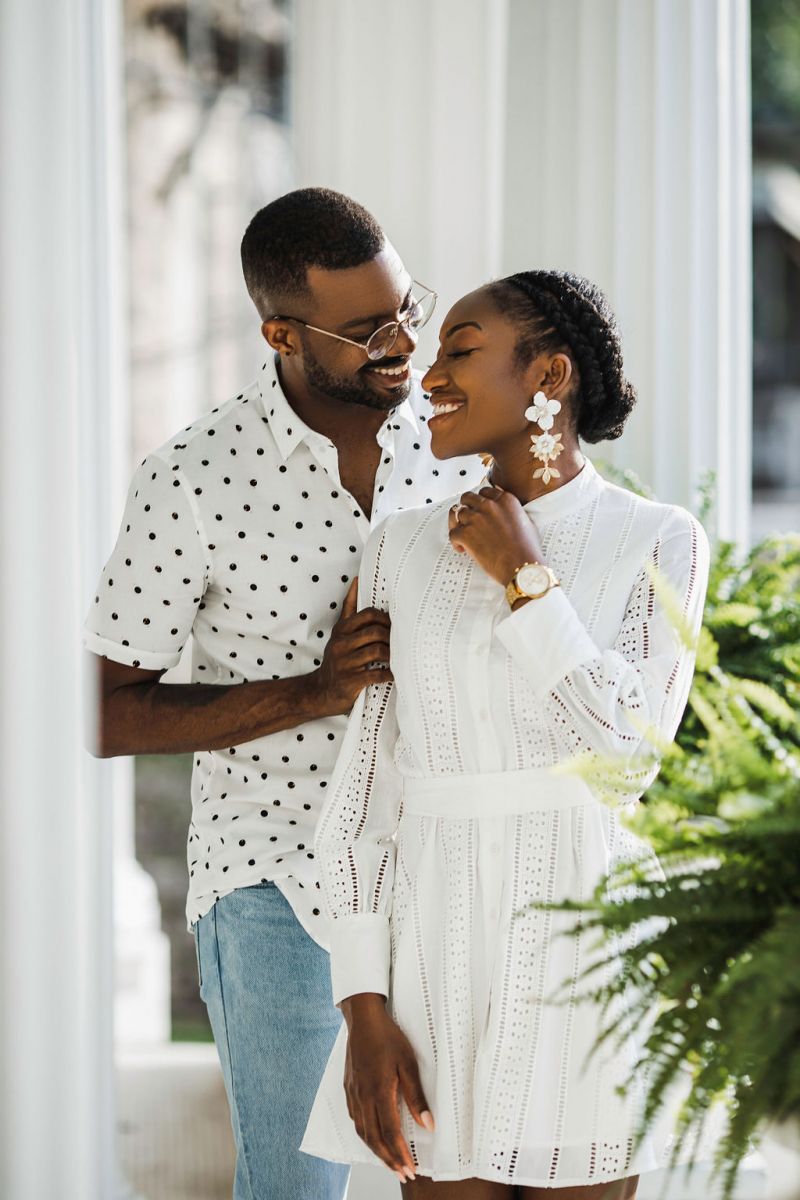 Titus: I'm looking forward to seeing Amanda walking down the aisle, seeing both of our families together, and having a poppin' dance party!

Amanda: I'm looking forward to dancing all night with our family and friends. We've been blessed to have an incredibly supportive tribe to keep us grounded in faith and love, so I want our wedding day to really honor our commitment to each other and their support of us.

It's come to a bit of a hiatus, unfortunately. The pandemic and the shutdowns have made it challenging for us to secure the venue we'd hoped for let alone meet with vendors. We're feeling like we're back to square one, however we are sticking to our original timeline to get married next June.

Congratulations to the happy couple! We wish you a fruitful marriage and many years of wedded bliss!