Nicara and Mel met on the online dating site Christian Mingle in 2016. He happened to message Nicara first within a few days of being on the site, and after messaging back and forth and a few phone calls, they went on a date a little over a month later. They have been together for two and a half years. Now, they’re ready to become husband and wife and made it a point to celebrate their upcoming nuptials with an authentic engagement session in San Antonio, Texas. Take a look at their commemorative outing, captured by Chelsi Hurns of Lady Hurns Portraits. 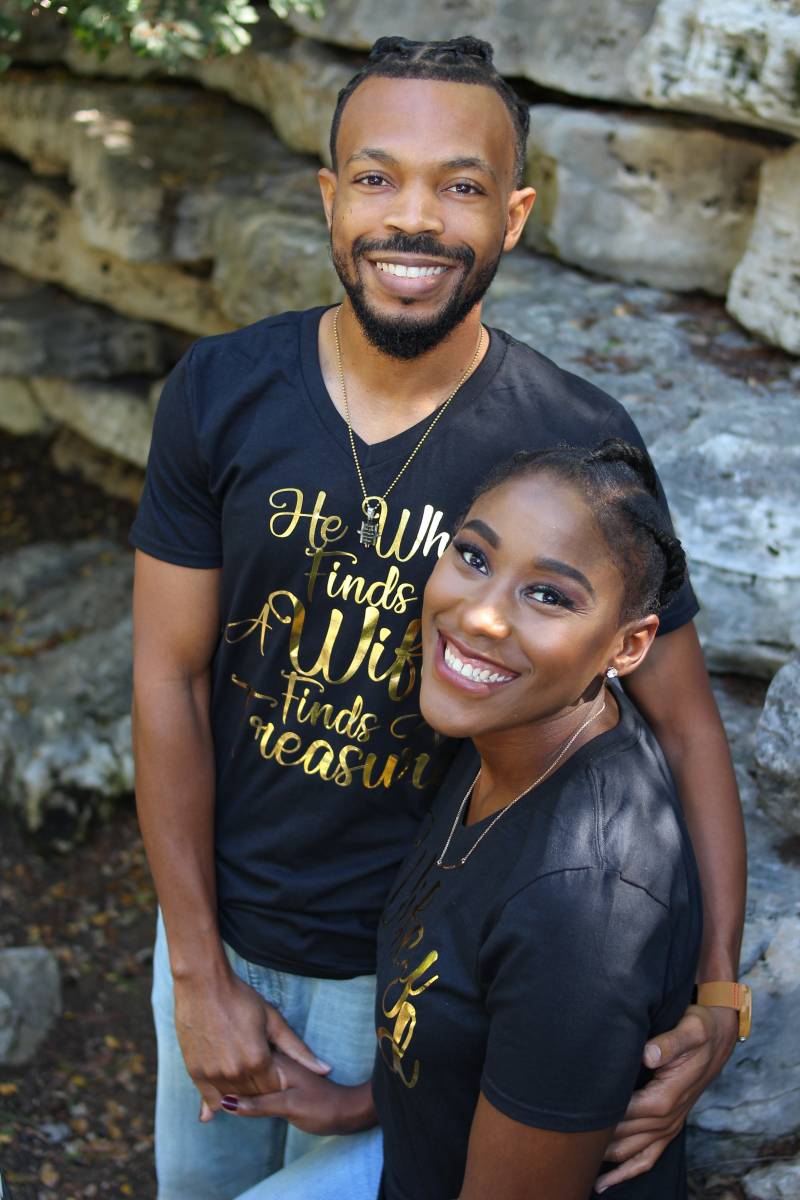 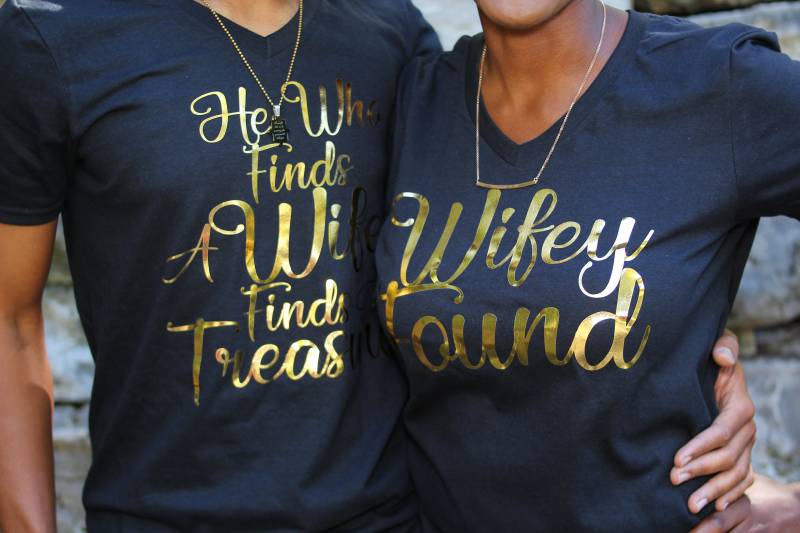 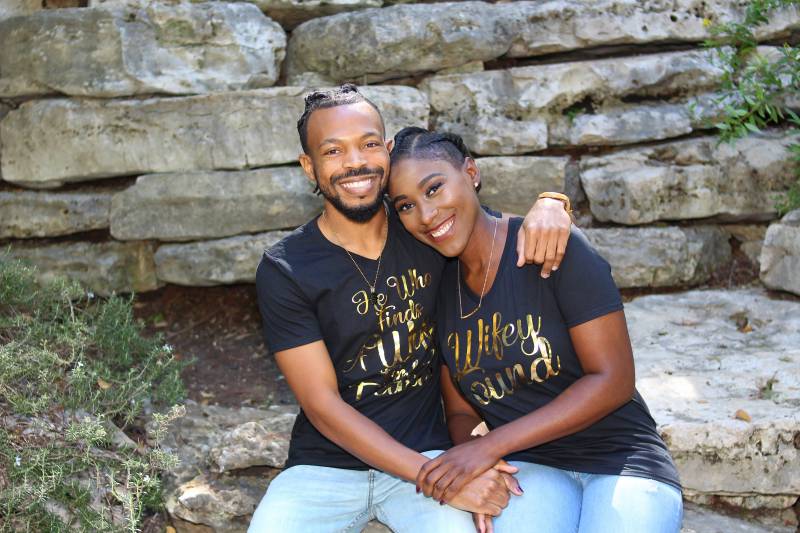 It was September 21, 2016 when we decided to “date with a purpose.” Fast forward to the week before our second anniversary, I kept asking him what the plan was. He stated he had something memorable planned every time I would bring it up and he told me to keep that day open. I am the planner, so I’m always planning events and surprises for him, so now I was a little anxious to say the least.

The day of, after a church conference, I raced home to get changed. When he picked up I thought we were just going to dinner. I didn’t think a proposal would happen this time because our prior trips, dinners, and romantic evenings together, my family convinced me he was going to propose and it never happened. So I refused to get my hopes up again. So after picking me up, he dropped me off at a nearby shopping center so I could shop. He came back and picked me up and blind folded me. We drove a little bit and parked. Some time passed and he opened the car doo, grabbed my hands and we walked to a certain spot where he then took off the blindfold.

He had a private dinner on the lawn of the botanical garden with a table surrounded by pictures of our years together, candles, and flowers. He had set up dinner with my favorite foods and wine. He had music playing in the background while he served our meal and we ate. After eating, we walked around the garden to take a few pictures and see everything. As we were leaving, he asked me have a seat and close my eyes. I did and when I opened them, he came up with a box on a pillow and got down on one knee. When I opened the card on the box it said, “The man who finds a wife finds a treasure, and he receives favor from the Lord. Will you be my treasure Forever?”

As I was read, I shook my head with tears about to roll down my face. He then asked, “Will you be my wife?” I jumped up and hugged him. Fighting back the tears, I said of course I will. 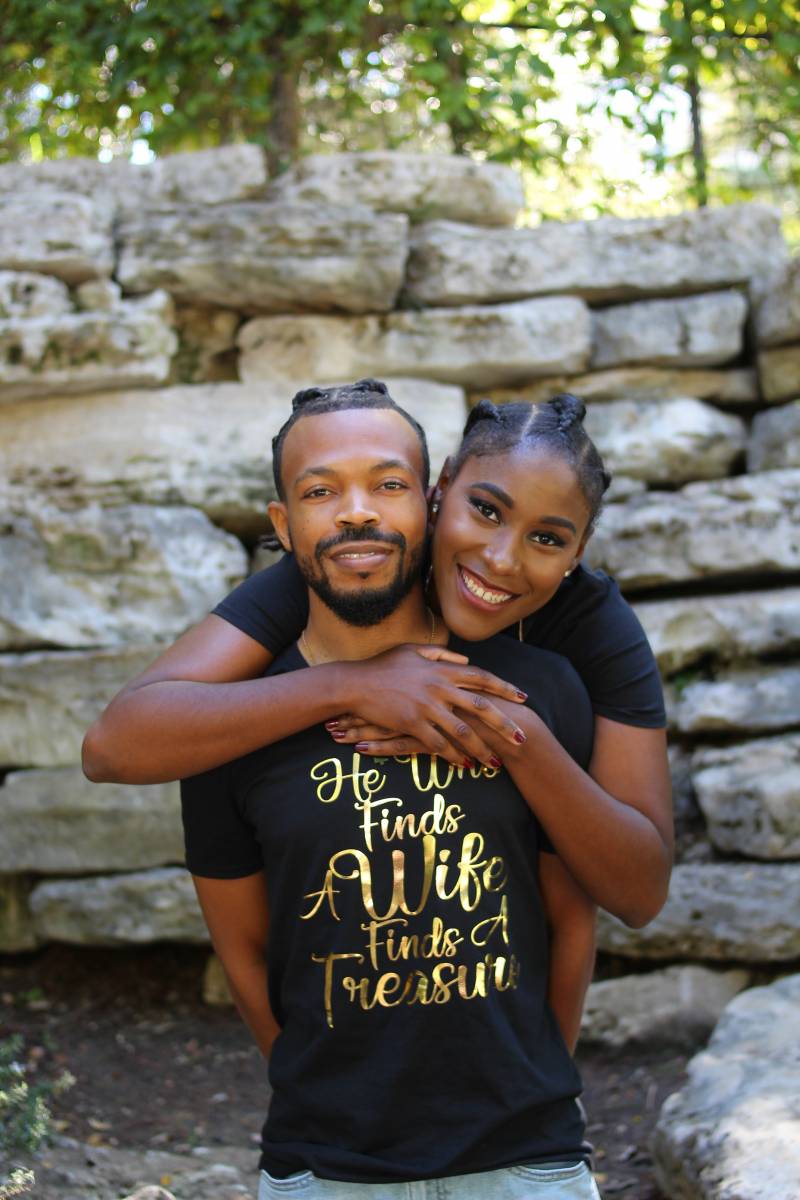 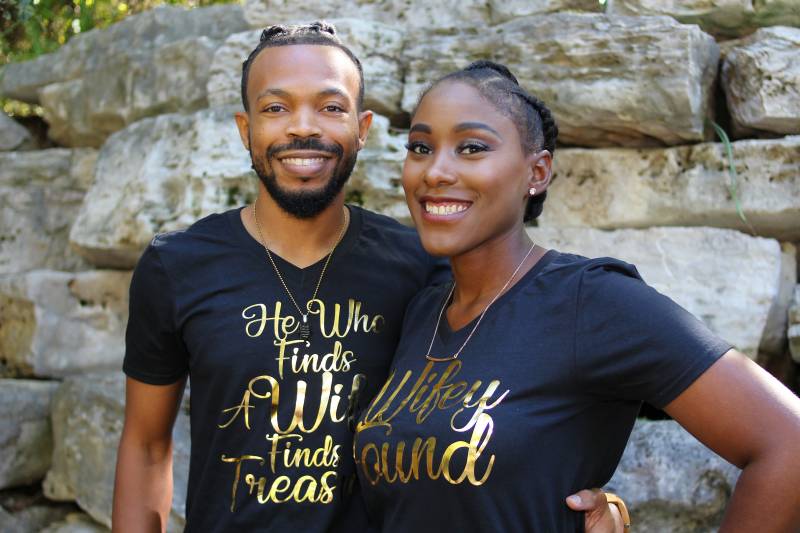 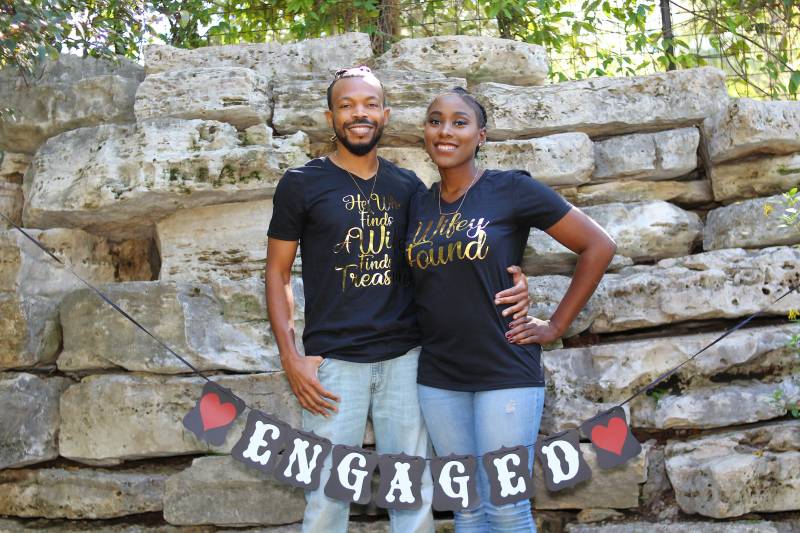 For the Groom: Walk us through the behind the scenes of creating this special day happened.

It is hard to surprise Cara since she always wants to know what is going on. Although, I am very good at keeping surprises, she will just bother you until she thinks she knows what the surprise is. There were several opportunities I thought I would propose but changed the plans because something wasn’t right. I ordered her jewelry and got it engraved with the Proverbs 18:22 scripture. I found out bits and pieces about how she loves rose gold. I finally got settled on our two-year anniversary date.

About 4 months prior on our first date anniversary, I spoke with her dad about me being part of the family and having his blessing and support for our union. After getting his support, everything went in motion. I contacted my friend to photograph the event. I went and purchased all the supplies, table, chairs, flowers, candles, and photos printed of of us. I contacted the garden location before for permission to have a private space. The day of, I asked her sister to text Cara about what she would most likely order at a certain restaurant. However, her sister had no idea I was going to propose, so it was funny after the proposal when we called and told her how she was involved.

On September 21, 2018, I picked her up at her house and dropped her off at a shopping center so she could shop while I made sure everything was ready and set up at the garden. I left and set up everything and I came back to pick her up about 30 minutes later and blindfolded her in the car while we went to the location, which was less than five minutes away. I waited on my photographer friend to show up and get in place. Once I got the go ahead, I opened her door and walked her to where everything was set up as soon as I took the blindfold off she started to cry. Everything went great and she agreed to b my treasure forever.

Our love is special because it comes from God. We had God at the center of our relationship the whole time we dated, which we had not done in previous relationships that felled miserably. So, we knew this time we were going to follow God’s plan for our love and our relationship. We are truly better together than apart and we are each other’s best friend. Our love continues to blossom and bring light to those around us that it is possible. 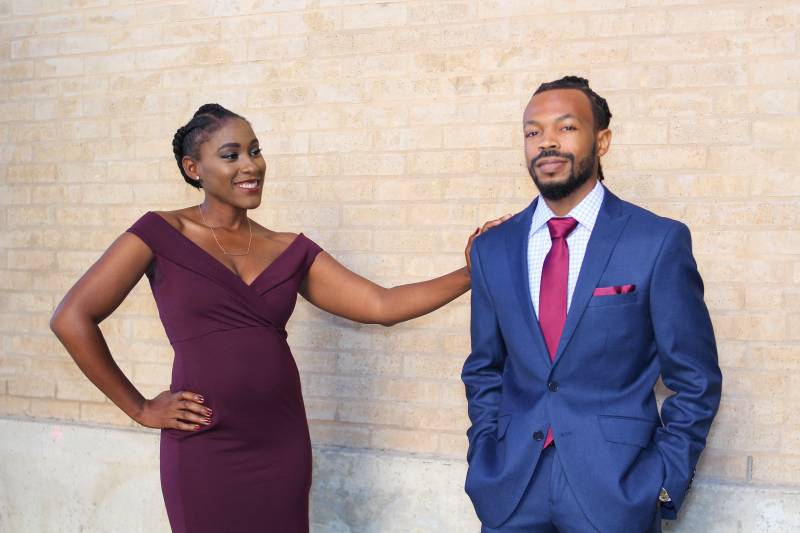 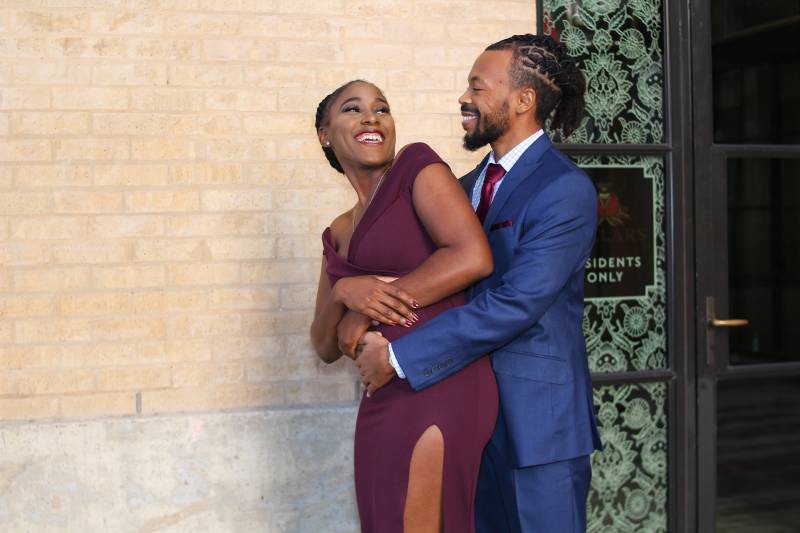 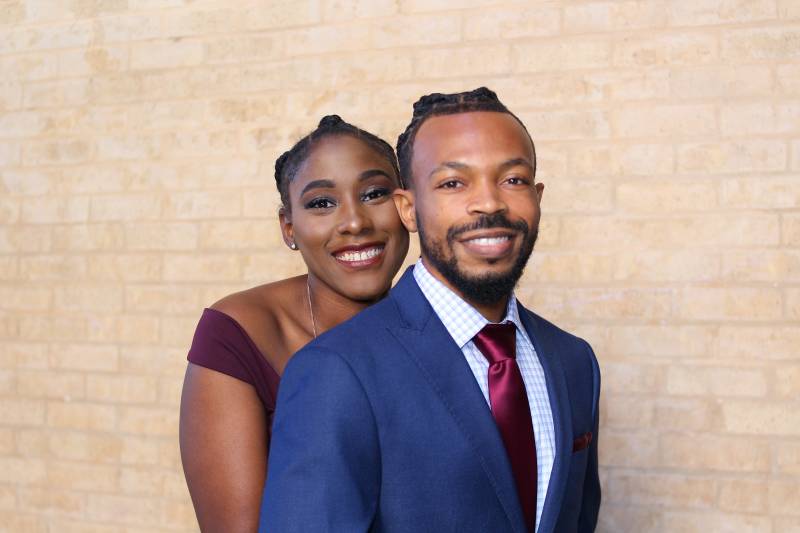 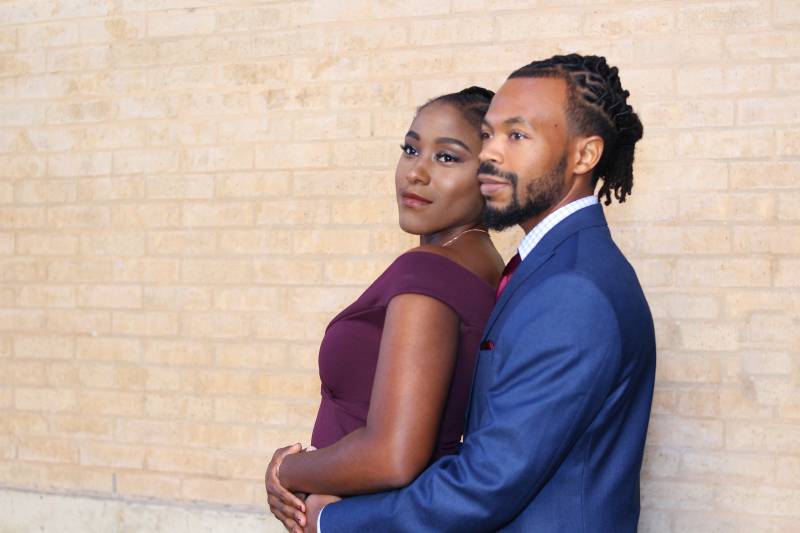 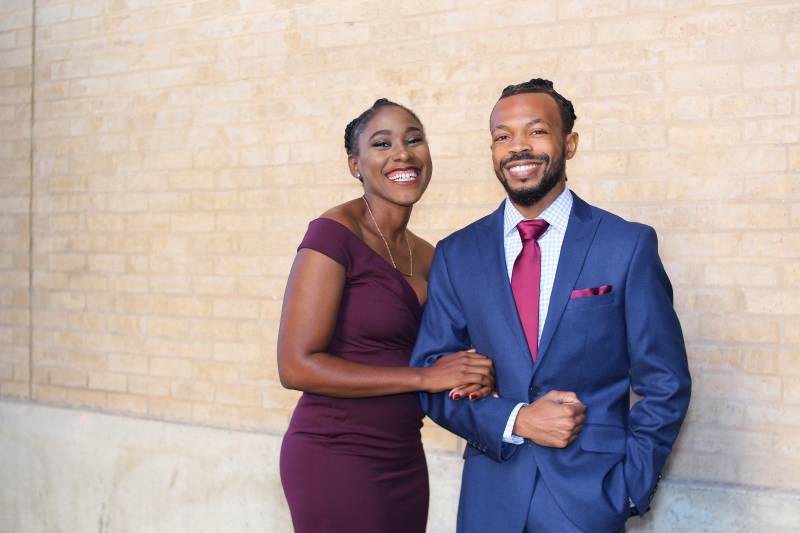 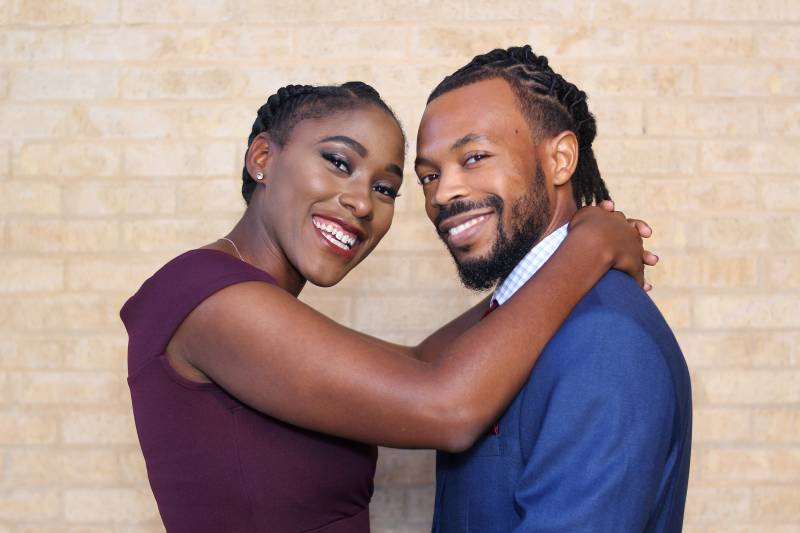 There really wasn’t a theme but we did our shoot in San Antonio, Texas. Our concept was the celebration of love and for others to get an idea of who we are when we are with each other: happy, relaxed, and sometimes silly. So we wanted two looks that showed our casual and formal sides.

There were quite a few memorable moments. One memorable moment was my college friend who is a photographer by profession took our engagement shoot, so it was funny when she was directing us throughout the shoot.

Another moment, was that I was running late from my makeup appointment and I texted the photographer because we are old friends and I was ru
nning behind schedule. She decided to play a joke on me and said she forgot something at her house and she lives about 20 minutes from where we were shooting in downtown San Antonio. I was about to get upset because of the time limitation and it was all a joke.

Another great moment was that my sister was there throughout the shoot and commenting. She was also holding everything for us and the photographer. She was our great help on the day! 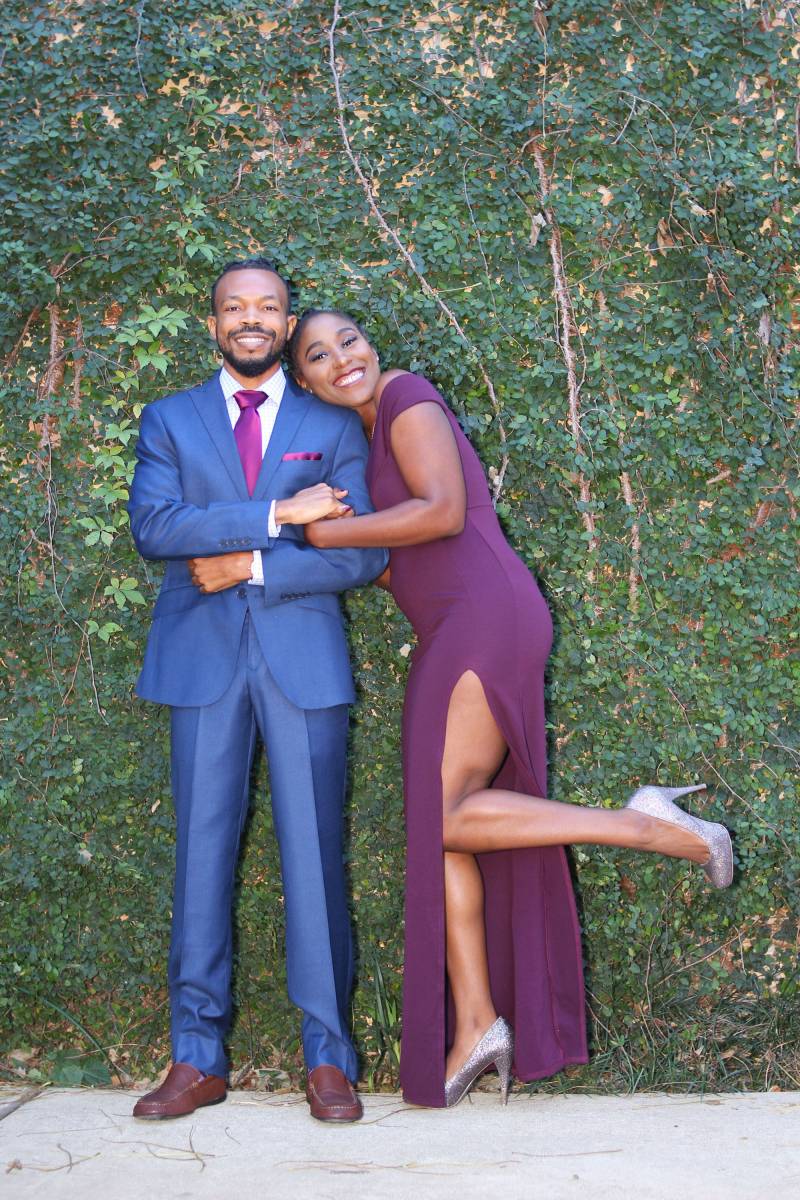 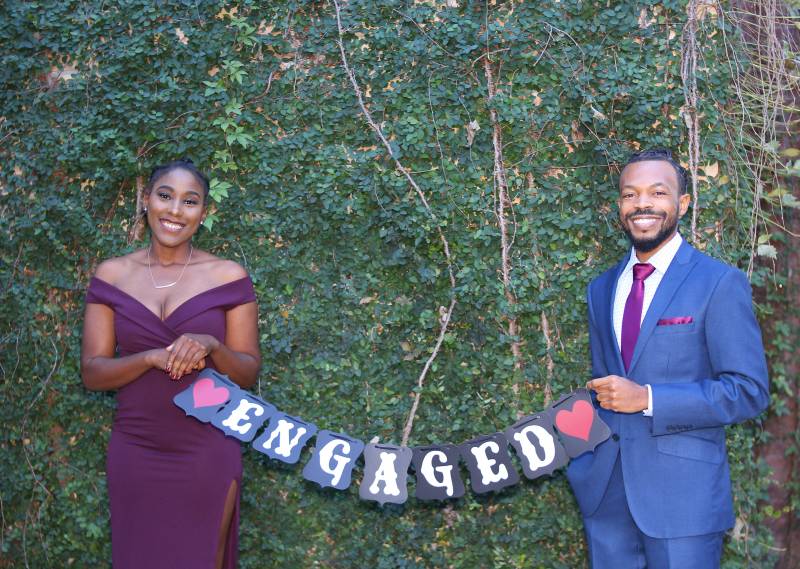 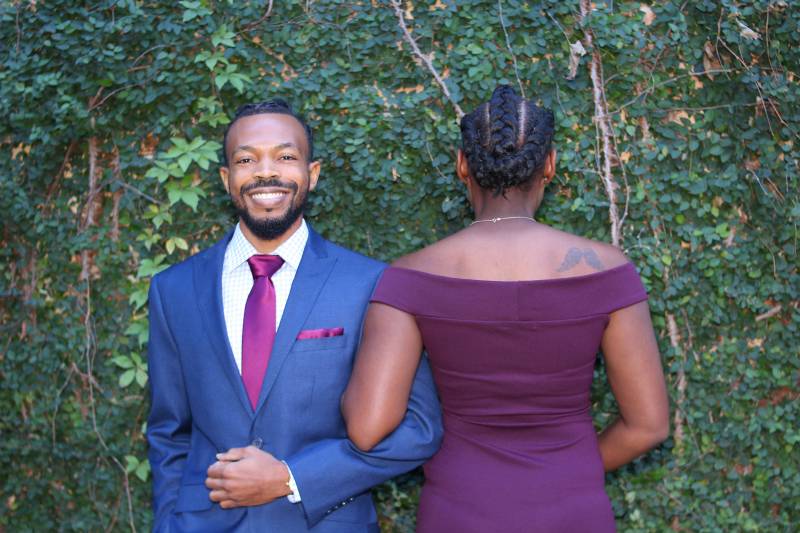 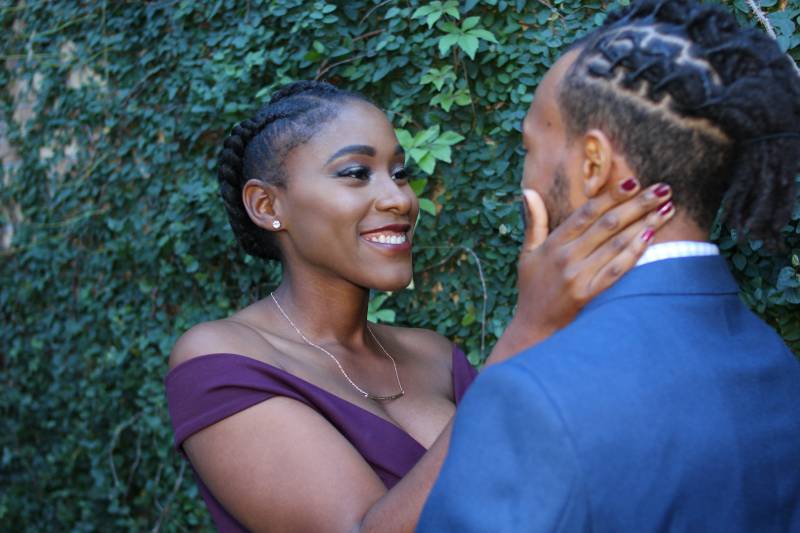 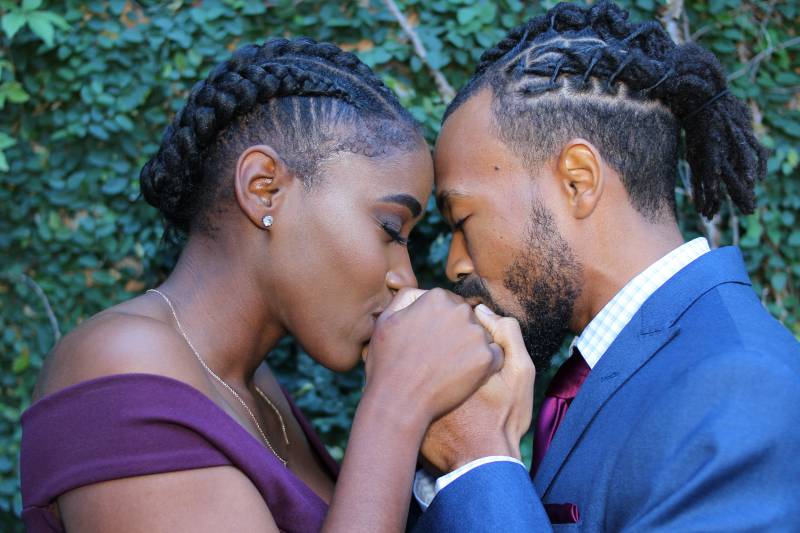 We are looking forward to us becoming one and merging our families together. His son will become my bonus son and we can to share our love with our loved ones. We are excited because it will be the first time that our families get to interact and meet each other. We are looking forward to after the wedding when we conquer everything we set out to do.

Yes, we’ve started planning the wedding. It is coming along. I’m overjoyed to finally plan my own wedding because I plan other events and weddings throughout the year. Ours will be something quite unique to us.