Herbert (104) and Zelmyra Fisher (101) of James City, N.C., have been husband and wife for 85 years and hold the Guinness World Record for the longest marriage of a living couple! When most marriages today end quicker than they began, it is incredibly refreshing to see the longevity of their love and commitment. So refreshing, in fact, they have been receiving tons of accolades and admiration from everywhere including their neighborhood to the media.

They also received a signed commendation from President Obama with a promise of an official invitation to the White House. Surprisingly all the attention doesn’t faze them at all. Zelmyra actually scorns the idea that there’s some secret to their long lasting marriage. She says it was simply God that kept them together. 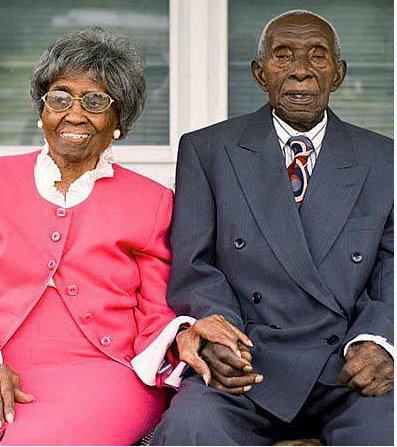