Deandrea and Malcolm's love story began at Columbia University in the most romantic setting - Biology class! In a class of 400, Malcolm spotted Deandrea and remained a secret admirer throughout the semester. After a Facebook search, he discovered that she was already spoken for. Two years later, to his surprise, he received a Facebook message from his secret crush: "Hey I saw that you attended Columbia and got accepted to Emory School of Medicine, are you thinking of going?"

At Emory, the two persevered to become doctors away from our families and friends. In each other, they found friendship and support. After many first dates, the two friends fell in love. The couple graduated with their MD's and each other! Check out more from their romantic engagement session captured by Tatiana Villamil Photography. 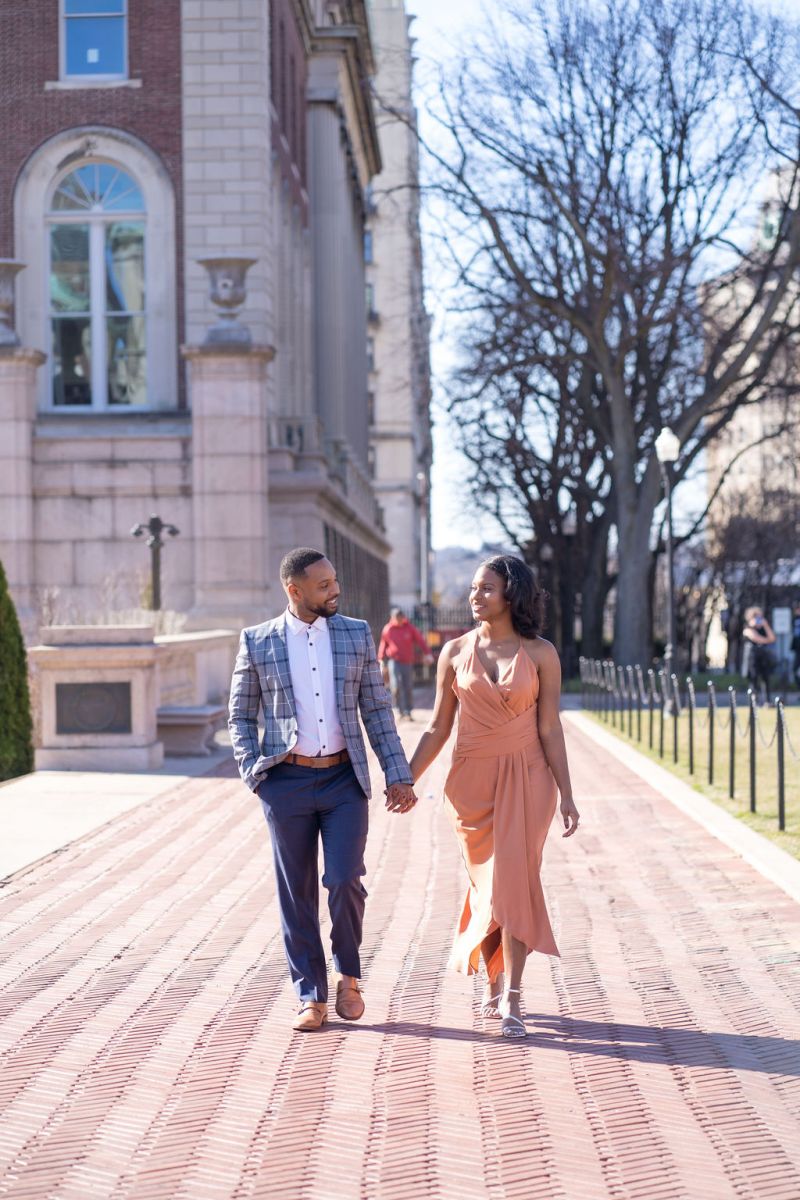 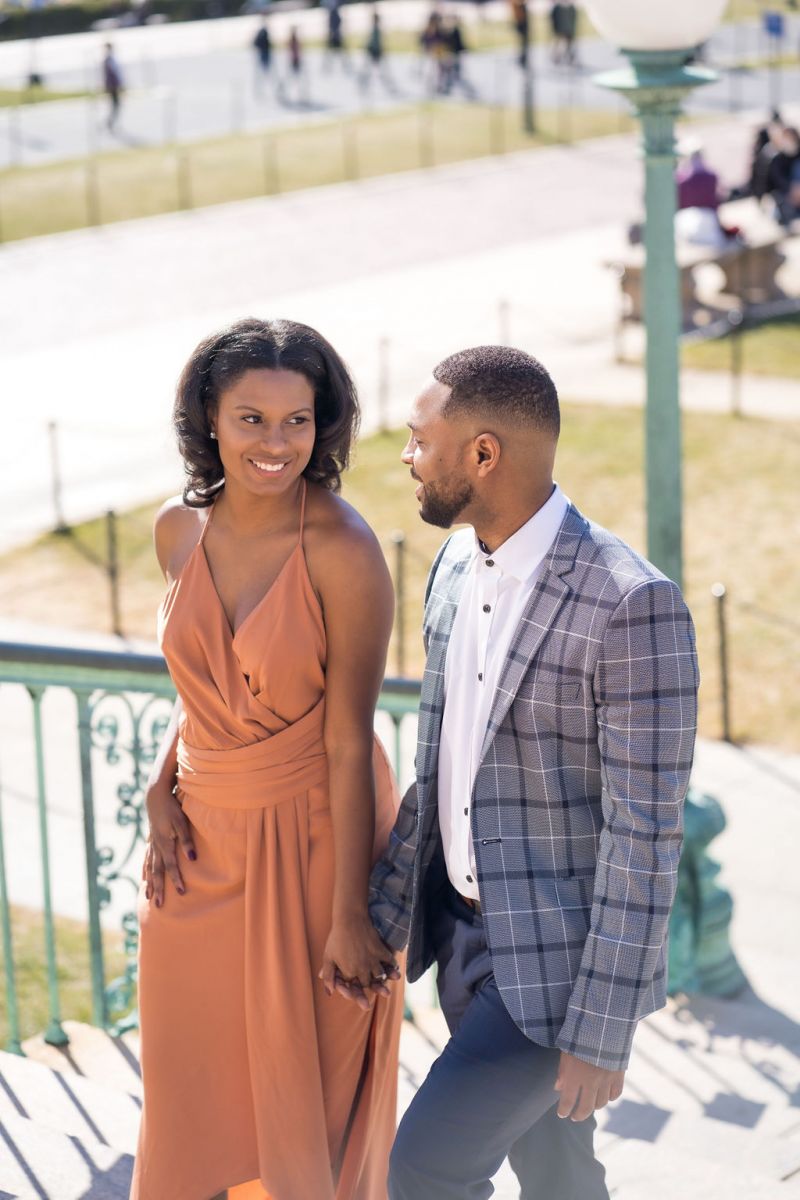 We visited the Bronx Botanical Gardens and then had dinner at Le Petite Boucherie where Malcolm got down on one knee and proposed. He then surprised me with a night in a hotel in the city and a day off of work. Malcolm called my co-workers and my dear friend Dr. Stephanie Gati agreed to cover my shift so that I could celebrate with my fiancé.

Planning a pandemic proposal was difficult! Initially I had planned for all of her family and friends to surprise her at dinner. But as air travel closed and COVID cases rose, it made travelling almost impossible. After coming to the realization that I would be unable to include all of her family and friends due to safety and logistical concerns, I formulated a new more intimate plan. I set up a date at the Bronx Botanical gardens in order to lure her into the idea of a proposal at the garden only to let her down as just another date, albeit a great date that it was. Afterwards, we had dinner plans and she thought she had to go to work the next morning so we wouldn't be long. Little did she know that I had already got her shift covered for the next day such that after the ensuing proposal at dinner, which included a post-engagement photoshoot, we were free to spend the evening enjoying each other's company at a 5-star NYC in downtown Manhattan. I think she was surprised and pleased if the pictures were any indicator.

We were friends first. We grew into love as we persevered to achieve our MDs together.

I (Deandrea) am Jamaican and Malcolm is from California. We enjoy learning about each other's culture. 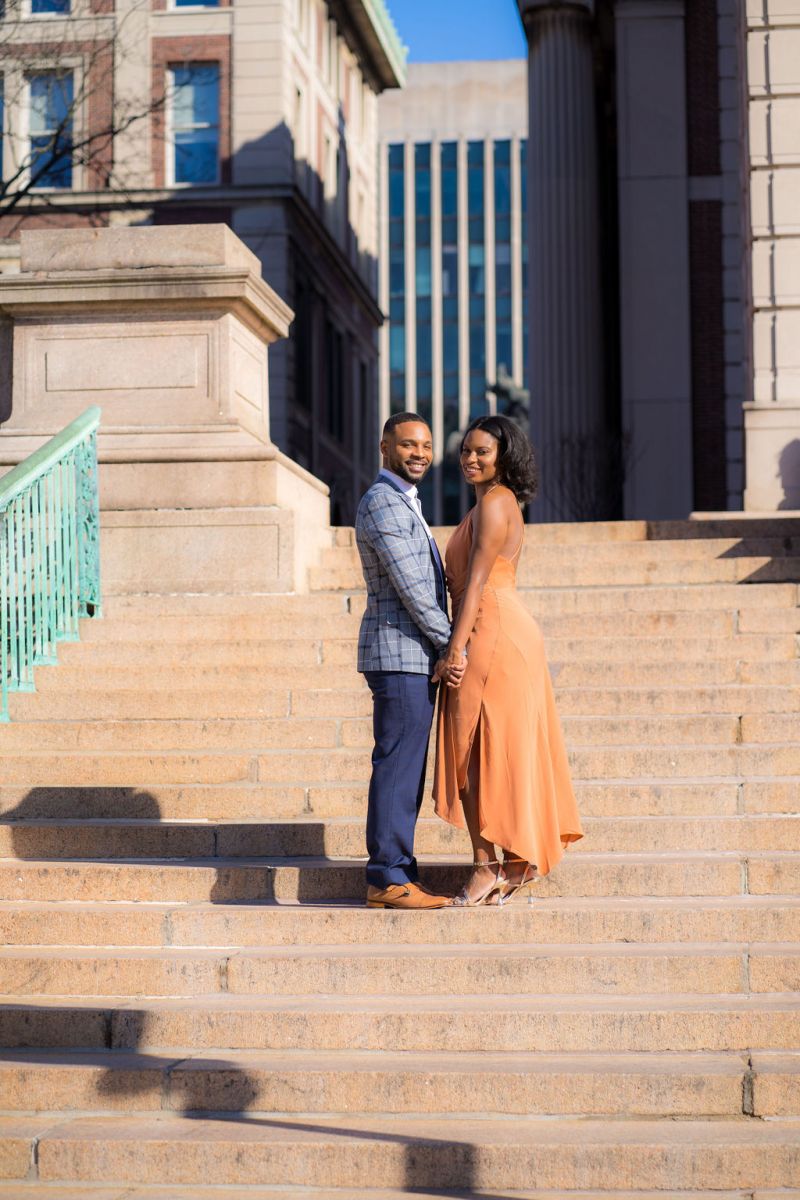 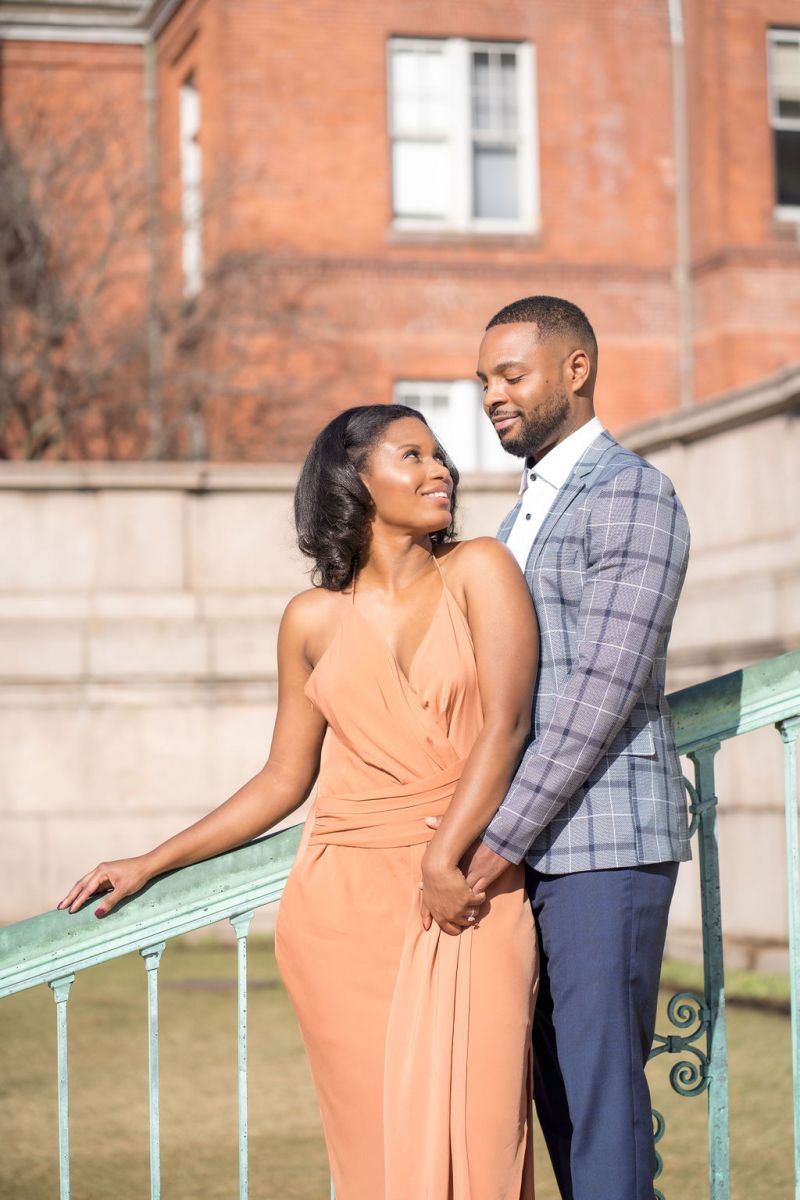 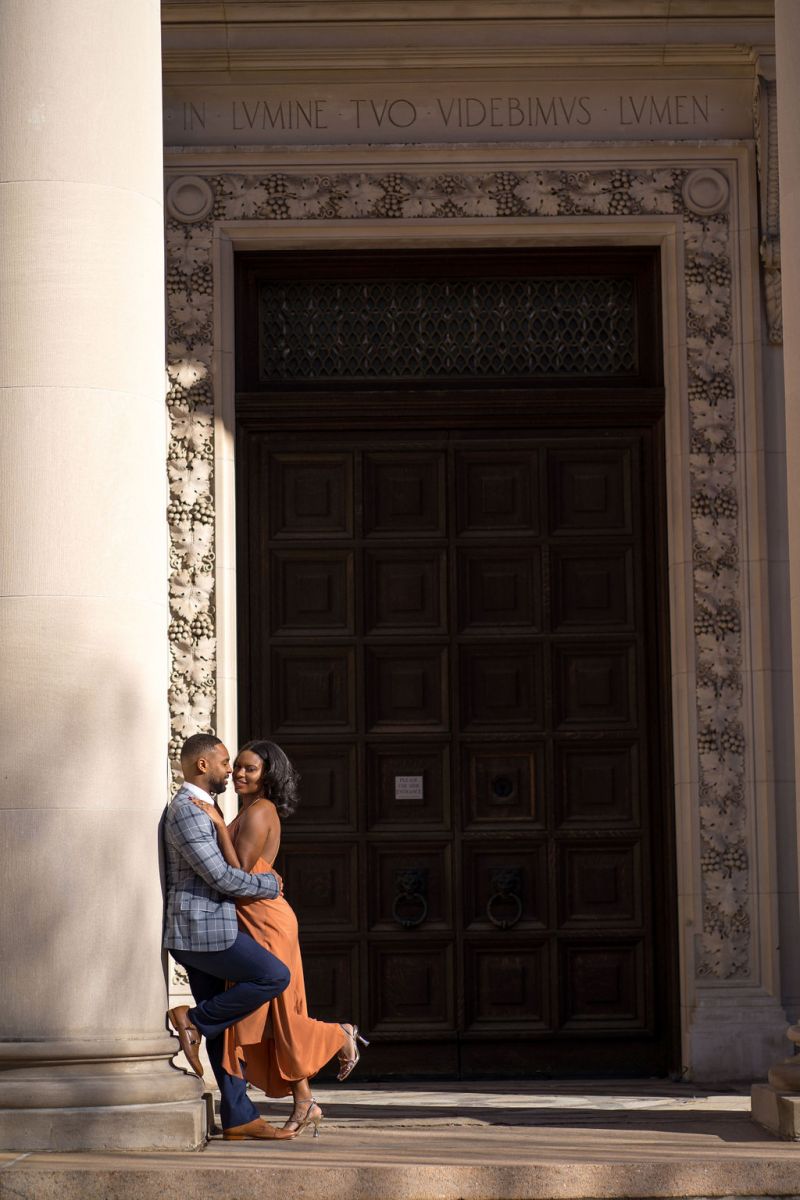 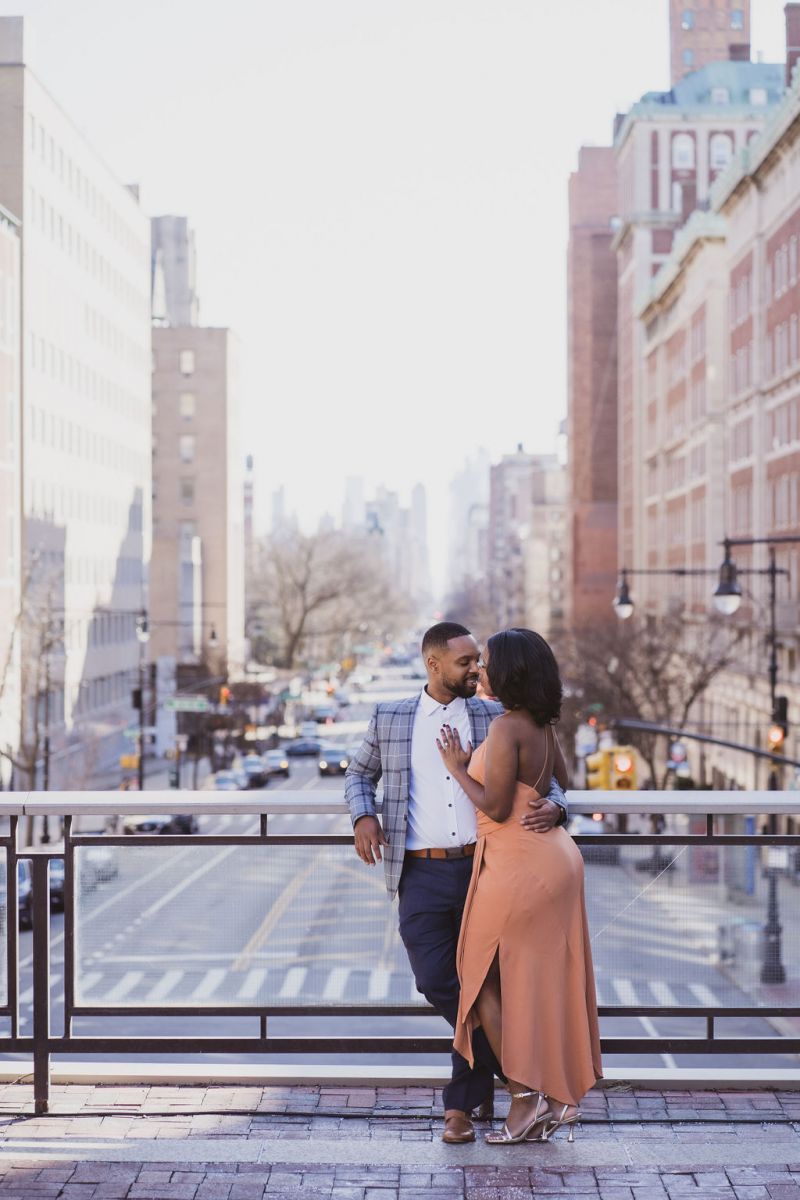 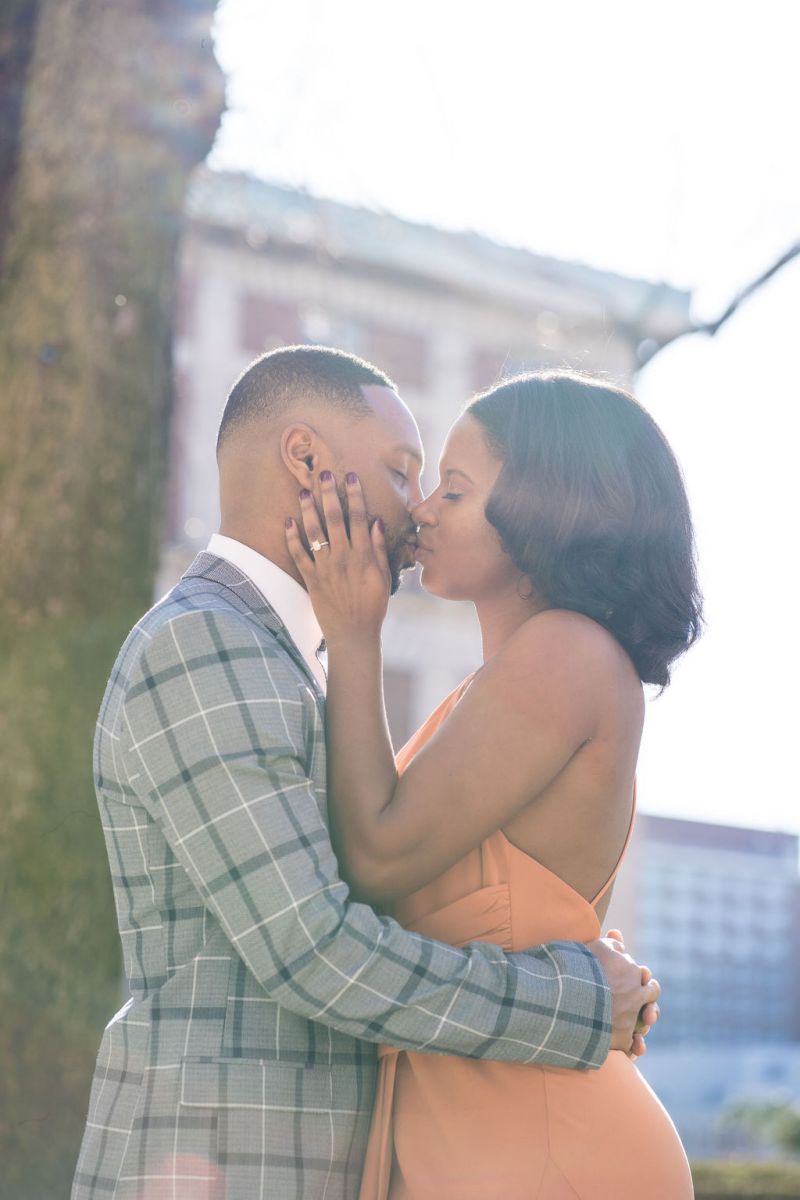 A walk down memory lane.

We were truly happy, we could not stop smiling. Both of us are camera shy but we are great at making each other laugh so the smiles were all natural. We enjoyed visiting our old stomping ground and buildings that we spent many hours in such as Butler library, the building with the names of the great philosophers, featured in background of one of our pictures.

Seeing our family and friends gathered together in celebration. Due to the COVID-19 pandemic, we have not had adequate opportunity to celebrate together with both of our families.

Yes! Our wedding will be in Ocho Rios, Jamaica!