For couples that need a little inspiration when it comes to choosing where to have a romantic getaway, the Cayman Islands Department of Tourism has partnered with Grace Byers, star of the Fox hit series, “Empire,” for a celebrity endorsement. The newly launched campaign will run from October 2017 to September 2018, and will showcase just what the Cayman Islands has to offer lovebirds.

Captured by esteemed local photographer, Rebecca Davidson, the three-part ad was shot in Byers’ hometown of Grand Cayman. The campaign follows Byers and her co-star turned husband, Trai, as they experience the Cayman Islands together. From snorkeling on the award-winning Seven Mile Beach, to discovering the delicious cuisine that has earned the Cayman Islands its title as “Culinary Capital of the Caribbean” and glamorous walks in the sand are a few activities highlighted throughout the series. Additionally, there are photos from the couple’s private wedding and honeymoon that also took place in Grand Cayman. 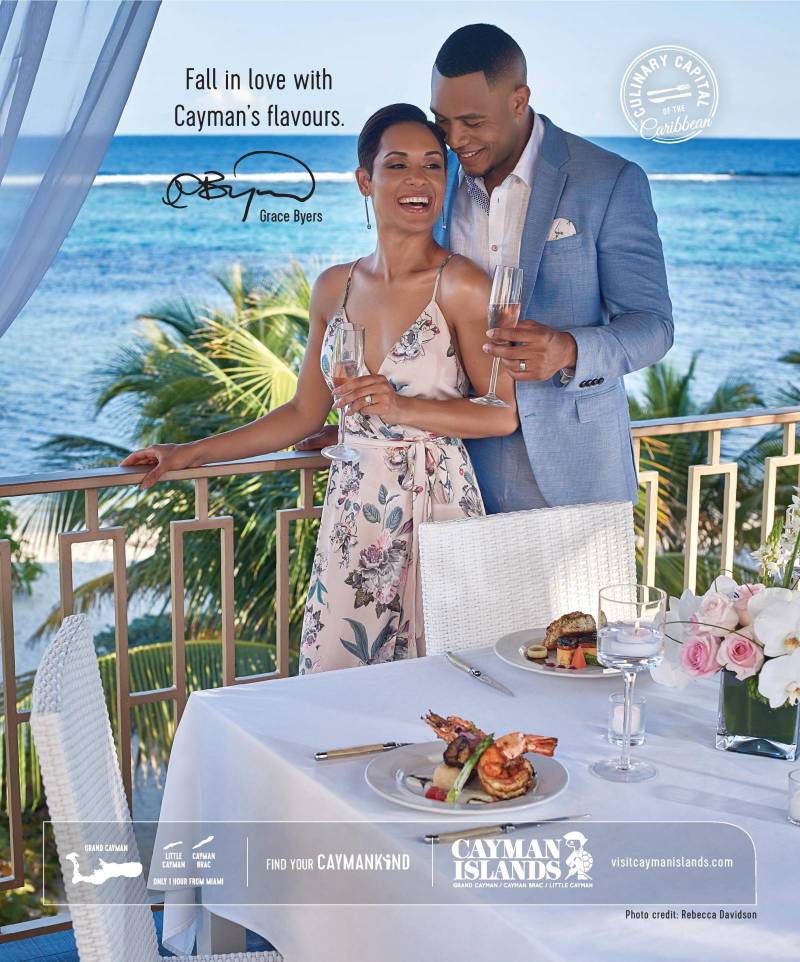 “Being from the Cayman Islands, my Caymanian roots are extremely important to me, which is why it was a natural fit to team up with my friends at the Department of Tourism to help introduce others to the place I am so proud to call home,” said Byers in press materials. “Whether looking to celebrate a special anniversary, occasion or plan a wedding, I promise that couples will fall head over heels for the Cayman Islands.”

The campaign launch comes on the heels of the July 2017 premiere of Cayman Vows magazine –  a luxury print and digital publication devoted exclusively to the Cayman Islands. In addition to featuring never-before-seen photos and planning details from the intimate Grand Cayman nuptials of Grace and Trai Byers, Cayman Vows serves as a comprehensive romance destination guide to the Cayman Islands. 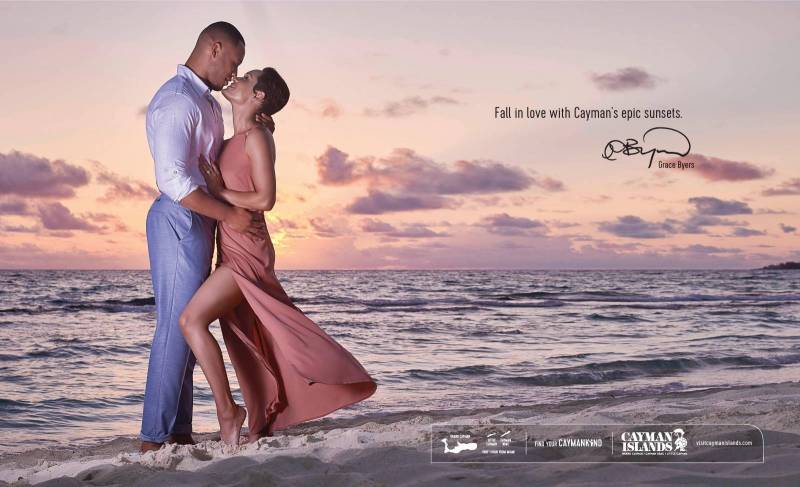 The specialty romance series will run in select luxury consumer and trade publications and for a limited-time on digital billboards in New York City’s Time Square.